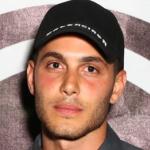 Fai Khadra is a Saudi Arabia-born Palestinian model and singer who garnered recognition as a celebrity friend and rumored boyfriend of famous sisters, Kendall and Kylie Jenner. Khadra has been a friend of the sisters for a while that he appears frequently on Jenner sister's million followed Instagram posts: @kyliejenner and @kendalljenner.

He has been catching attention and making headlines with his untold relationship with the Jenner sisters following Kylie Jenner's posts in 2020, where she shared multiple photos of her non-distanced Utah vacation all including her rumored boyfriend, Fai Khadra, one in Paris posted in August 2020.

Khadra also made headlines previously when Kendall jokingly posted photos of Kim Kardashian's kids Psalm and Saint West, stating the idea of starting a family with Khadra. Not only to Jenners, Khadra also shares a platonic relationship with Kardashians which suggests that he has dated in their circle.

Besides, Khadra himself works as a DJ and model and is also the elder brother of DJ duo SIMIHAZE, Sama and Haya. With his friend circle among Kardashian-Jenners, Khadra is also popular in social media sites with over 1.4 million followers on Instagram: @yourboyfai.

What is Fai Khadra Famous for? 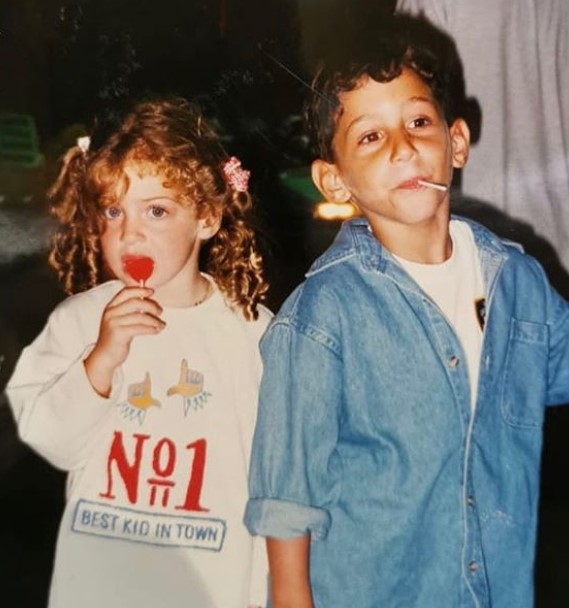 Where was Fai Khadra Born?

Fai Khadra was born on September 9, 1991, in Saudi Arabia. His birth name is Fai Abu Khadra. His nationality is Saudi Arabian. Khadra belongs to Palestinian ethnicity while Virgo is his zodiac sign.

Fai Khadra was born as the eldest son of his well-to-do Palestinian parents. His mother, Rula, is the owner of an upscale lifestyle boutique, "The Art of Living" located in Riyadh, Saudi Arabia while his father is also a successful art collector.

Khadra has younger twins sisters, Sama and Haya who also are fashion icons and Disc Jockeys(DJ). His sisters have made appearances at several fashion weeks since they were 14 and have established themselves as DJs popularly known as "SIMIHAZE". Khadra and his sisters were raised in Dubai in a wealthy atmosphere. Grown up in a lavish and luxurious lifestyle, Khadra had an interest in the world of entertainment so he moved to the United States to pursue a career in modeling. 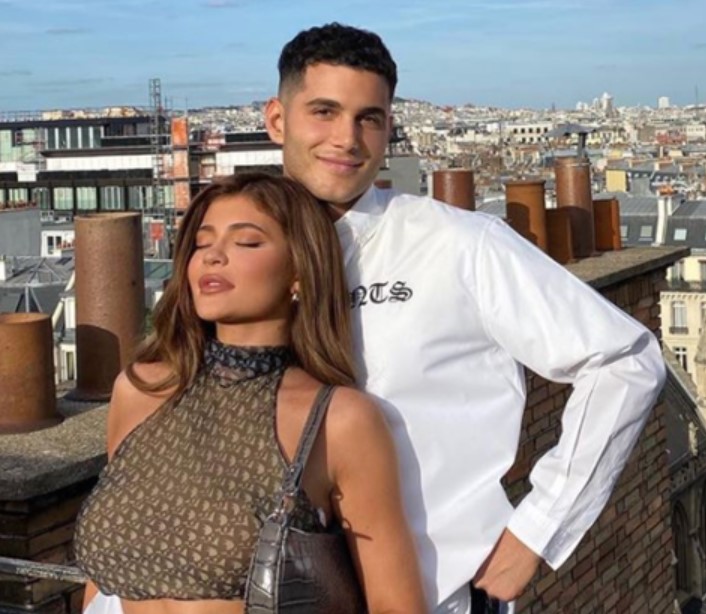 Everything To Know About Kylie Jenner

Is Khadra A Rumored Boyfriend of Kendall Jenner and Billionaire Kylie Jenner?

Khadra was rumored to be dating Kendall Jenner, a popular model, and television personality. The rumor began to reach a height with the frequent posting of his photos alongside her on her Instagram with over 183 million followers. On September 30, 2019, Khadra was spotted alongside Kendall at Justin Bieber and Hailey Baldwin’s wedding in Bluffton, South Carolina, USA.

This led to the speculations that they were dating. However, Kendall was quite fast in quashing the rumor as she cleared the mind posting a photograph with him on her Instagram account captioning, "we don't date he's just my date".

Even after that, the couple as spotted publicly together multiple times. They even wore Austin Powers and Fembot costumes for the 2018 Halloween and were spotted watching the 2019 Wimbledon Championships together in London and the 2019 Coachella. Kendall later jokingly posted photos of Kim Kardashian's kids Psalm and Saint West, stating the idea of starting a family with Khadra.

The 2020 year hit the headline with the rumors of youngest billionaire, Kylie Jenner dating Fia Khadra. Khadra has been a party friend of Kylie Jenner after Jenner made headlines for breaking social distancing laws in California with two public outings in June 2020 where Khadra also had accompanied her. Jenner also shared multiple photos of her non-distanced Utah vacation where they were spotted hanging in the pool and climbing mountains along with other friends of Kylie.

On June 7, 2020, Fai and Kylie went clubbing at the David Arquette-owned Bootsy Bellows despited the shelter-at-home order in California. Another news hit headlines following Jenner's other heart breathing post of her and also with Khadra in Paris on August 29, 2020. Despite all the cozy photographs of Khadra and Jenner, they aren't dating at all.

Everything to Know About Kendall Jenner

Fai Khadra kicked off his career initially as a singer of laid-back pop tunes and even has his own "yourboyfai" SoundCloud account, where he has uploaded several pop songs including "Love Language", "Love It", "Ecstasy" and "Body Heat". Though his songs were good and caught attention, Khadra couldn't continue his singing career as he didn't receive popularity through music.

Khadra also has a modeling career as he also has modeled for several brands as his Instagram posts are filled with his modeling photographs. He got his break or gained attention following his appearance as a guest on popular E!’s reality TV series, "Keeping Up with The Kardashians". He was credited Kendall Jenner's friend in the 16th season premiere of KUWK. Besides, in 2017, he also appeared on the music video of Charli XCX's song, "Boys". 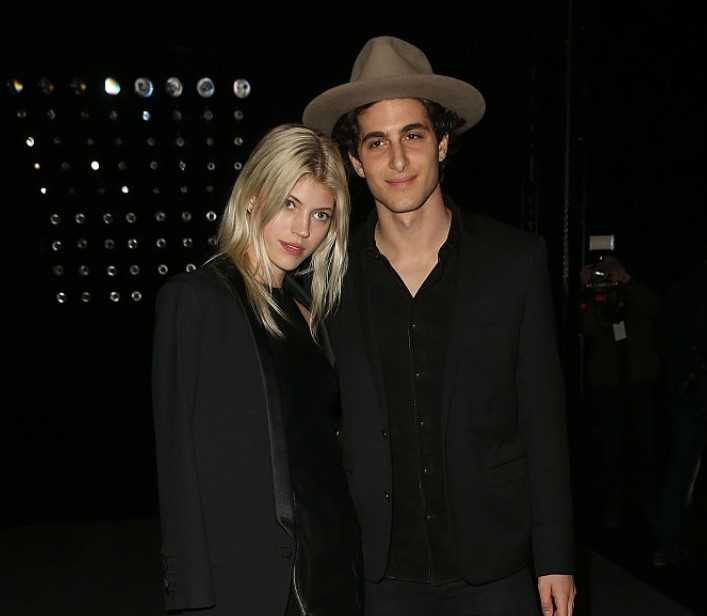 Who is Fai Khadra Dating?

Fai Khadra was previously in a relationship with Victoria's Secret model, Devon Windsor, and also with actress Camila Morrone, who currently is dating legendary actor, Leonardo DiCaprio. Khadra also has been linked with Kardashian-Jenner sisters as he was rumored to have been linked with Kourtney Kardashian following her split with model Younes Bendjima in 2018. The news hit the air after they were spotted together in West Hollywood.

Khadra was allegedly in a relationship with Jordyn Woods, a model, and Kylie Jenner’s ex-best friend after they were photographed walking down the streets holding hands for which they never released any statement. He then has been rumored to be dating Jenner sisters, Kendall Jenner and Kylie Jenner, both of which were said to be false.

What is the Net Worth of Fai Khadra?

Fai Khadra has quite good earnings from his professional career as a model, singer, and also as an Instagram personality. With his rising popularity as friends with Jenner sisters, Khadra has garnered much fame and earnings with his appearance in "Keeping Up with The Kardashians".

Also, being born with a silver spoon, Khadra already has a million worth property which is estimated to be around $2 million.

How Tall is Fai Khadra?

Fai Khadra is a handsome man with sexy and fresh manly looks in his late 20s. With his well-maintained athletic body physique and aesthetic looks, Khadra has managed to win the hearts of several people including celebrities. He stands tall with a height of 6ft. 2inch.(1.85m) while his body weighs around 82kg.

His body measurement is around 44-34-38 inches with 14 inches as his biceps size and 12(Us) as his shoe size. He has a fair complexion with brown hair and brown eyes.