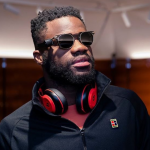 Frances Tiafoe is an American professional tennis player. He is the youngest boys’ singles champion in the history of the Orange Bowl after he won in 2013 at the age of 15. He is also the fourth-youngest player ranked in the Top 50 by the Association of Tennis Professionals (ATP). He won his first ATP title at the 2018 Delray Beach Open.

Rafael Nadal beats Frances Tiafoe in Australian Open quarter-finals with a 6-3 6-4 6-2 score. Nadal broke 21-year-old Tiafoe in each of his first service games of the set.

Frances Tiafoe is originally from Hyattsville, Maryland, USA. He took his first breath in this world on 20th January of the year 1998 which has now made him reach at the age of 21. He is American by nationality. He also has a twin brother named Franklin.

He was born to his parents Constant Tiafoe and Alpina Tiafoe who are the immigrants from Sierra Leone. It was in 1993 when his father emigrated to the US while his mother joined him in 1996 for escaping the civil war in their native.

When Tiafoe and his twin brother was five years old, their father arranged to start training for them at the JTCC, bypassing the usual fees. At the age of eight, Misha Kouznetsov began coaching Frances at the center. He even helped sponsor Frances as he progressed through the juniors at a young age. Kouznetsov coached Frances until he was 17 and moved to the USTA National Training Center in Boca Raton, Florida to train with more experienced coaches.

Career and Achievements of Frances Tiafoe

Frances Tiafoe unique background and success as a teenage boy led him to be widely hyped as the great prospect to become one of the next tennis stars for the US. He first broke into Top 100 of the ATP rankings in the year 2016. With the victory at 2018 Delray Beach Open, Tiafoe became the youngest American player on the ATP Tour since Andy Roddick.

In his early career, Frances became the winner of Orange Bowl in 2013 when he was just at the age of 15. It made him the youngest boys’ singles champion in the tournament history. At 17, Tiafoe became the youngest American who participated in the main draw of the French Open since Michael Chang.

When he was a teenager, Frances became the winner of the US Junior National Championship and also enjoyed the success on the ATP Challenge Tour with nine finals and four titles.

Since May of 2016, Tiafoe has been sponsored by Nike. Previous to that, he was sponsored by Adidas. Frances endorses the Yonex VCORE Pro 97 tennis racket that is equipped with Polytour Pro 125 strings.

Net Worth of Frances Tiafoe

The Net Worth and Income of Frances Tiafoe is expected to continue to grow at a Strong pace. Over the next few years, his Net worth is likely to grow by around 65%. As of 2019, his estimated net worth said to be $4 million dollars and earns an annual Income of $2 Million dollars. His income comes from his tennis career.

Frances has not got married yet. He is currently in a relationship with his girlfriend named Ayan Broomfield who is also a tennis player. They were in a relationship since 2015. There are no such rumors to split yet.

Frances Tiafoe has an athletic body build with an attractive personality. He has a charming smile which attracts a lot of people to him. He stands 6 feet 2 inches tall and weighs 75 kg. His other body measurement such as chest size and more will be updated soon.