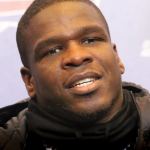 Franklin Gore famed as Frank Gore is a famous American football running back. At present, he is playing for the New York Jets of the National Football League (NFL). On 6th May 2020, he signed a one-year deal with the New York Jets. On 24th November 2019, he surpassed Barry Sanders for the #3 spot on the all-time rushing yards list with 15,289 yards and also he became the fourth player to have rushed for over 15,000 yards in 2019. Whereas, he played college football for the University of Miami and was drafted by the San Francisco 49ers in the third round of the 2005 NFL Draft, playing with them from 2005 to 2014. His jersey number is 20.

The New York Jets agreed to terms Tuesday with running back Frank Gore on a one-year contract, agent Drew Rosenhaus told. Jets quarterback Sam Darnold also praised Gore during a video conference with reporters Tuesday. This will be Gore's 16th season. He played last year for the Buffalo Bills, finishing with 599 rushing yards and 3.6 yards per carrying both career lows. He passed Barry Sanders on the career rushing list, ending the year with 15,347 yards, and trails only Emmitt Smith and Walter Payton. Bell is entering the second year of a four-year, $52.5 million contract, including a fully guaranteed $13.5 million in 2020. He counts $15.5 million toward the salary cap, second-highest on the team to linebacker C.J. Mosley. 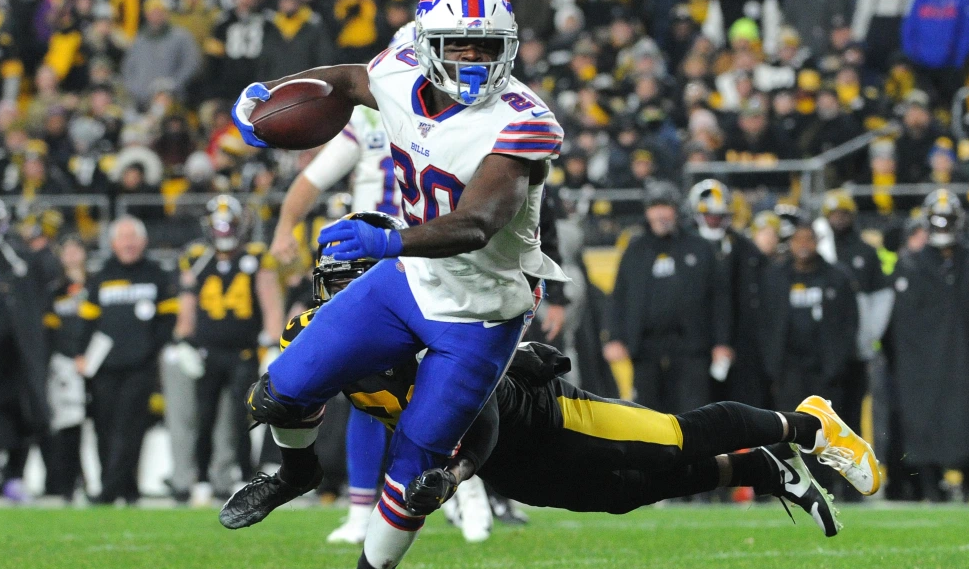 What is the birthplace of Frank Gore?

On 14th May 1983, Frank Gore was born with the birth name/real name of Franklin Gore. His birthplace/hometown is in Miami, Florida, the USA. He is American by nationality and his ethnicity/race is black. He grew up in Coconut Grove, Florida. He was born to his parents; Frank Gore Sr. and his mother whose name is unknown yet. He followed in his father's footsteps and plays running back. His father, Gore Sr. did not plan for his son to end up playing football, remarking: "Whatever he wants to do, he’s going to do it; not because I played ball, he has to play ball. Me seeing him when he was a little kid playing outside with his bigger cousins, I knew he was going to play football. But if he doesn’t want to play, as long as he gets his grades and does something positive with his life, I’m okay with it." He is the cousin of football brothers Jason Frierson (wide receiver), Shaquille Cooper (running back), Shakur Cooper (linebacker), and Gilbert Frierson (defensive back), all of whom also attended Coral Gables High School in the Coconut Grove neighborhood of Miami. He attended Coral Gables High School, where he excelled as a running back on the football team. He had the scholarship to attend the University of Miami under new head coach Larry Coker. His religion is Christian and his star sign is Taurus.

How was Frank Gore's College Career?

How was Frank Gore's Professional Career? 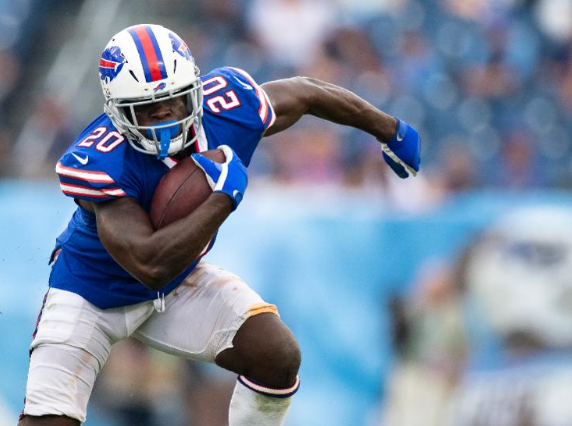 Awards and Achievements of Frank Gore

Frank Gore is an American football running back for the New York Jets of the National Football League (NFL). He is the 49ers all-time leader in rushing yards. In his NFL career, he has had nine 1,000-rushing-yard seasons and five Pro Bowl selections. In 2012, Gore helped lead the 49ers to Super Bowl XLVII, although they would lose to the Baltimore Ravens. In 2011, Gore became the 49ers career rushing yards leader. In 2014, Gore became the 29th player to have rushed for over 10,000 yards. His awards and achievements include:

What is the Net Worth of Frank Gore?

Frank Gore is an American football running back for the New York Jets of the National Football League (NFL). The net worth of this famous footballer is estimated to have $10 Million as of 2020 whereas his exact salary is under review. Recently, he signed a one-year deal with the New York Jets on 6th May 2020. Previously, he signed a one-year, $2 million contract with the Buffalo Bills. He signed a one-year contract, worth $1,105,000, with the Miami Dolphins on 22nd March 2018. He signed a three-year, $12 million contract with the Indianapolis Colts on 10th March 2015. His major source of earning is from his football career and he is satisfied with his earnings and he is living a luxurious lifestyle from his earnings. There is no information regarding his cars and house.

Who is Frank Gore Dating?

Frank Gore is not married yet and he is still to get married. But he is not single as well. He is dating his girlfriend, Drick Parrish. The duo is enjoying their life a lot without any kind of disturbances and they are planning to get married soon. He is straight by sexual orientation and he is living a happy life at present.

How tall is Frank Gore?

Frank Gore is a very handsome person. His body build is athletic. He stands tall at the height of five feet nine inches or 1.75 m with a balanced bodyweight of 96 Kg or 212 lbs. He has got a very charming smile attracting a lot of people towards him. His other body measurements such as biceps size, hip size, waist size, and more are unknown yet. Overall, he has got a healthy body.

Trivias About Frank Gore You Need To Know.