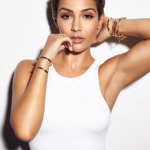 Frankie Bridge is a British singer as well as a songwriter. She is a former member of "S Club 8" and a member of the girl group "The Saturdays". At present, she is signed to Fascination and Polydor labels. She began her career when she auditioned for Simon Fuller's reality television competition, S Club Search in 2001, broadcast on CBBC. Bridge successfully auditioned and won a place in the pop group "S Club Juniors." Together with the band, she successfully released seven singles and two albums. Her first music album with S Club 8 was "Together" released in October 2002 via Polydor Records. She made an appearance in S Club 7's TV show, Viva S Club. Her first attempt at a solo career was in 2004 when she released a duet with Calvin Goldspink with the song "Dreaming" which was a moderate hit in the UK. After the band "S Club 8" split, she went on to successfully audition for the girl band, "The Saturdays". Her first studio album with the girl band, 'The Saturdays' was "Chasing Lights", released in October 2008. They recorded a sale of 385,341 album copies in the UK.  In late 2017, she decided to pursue a solo career in music, signing a record deal with both Polydor and Fascination Records, the label Bridge has been signed to since she was eleven years old. Her sixteen years in the music industry have led her to sell an estimated 10 million records worldwide. In addition, she has also appeared on television. She has been a part of two reality television series of her own: "The Saturdays: 24/7" and "Chasing The Saturdays". She was also involved in "Ghosthunting With... The Saturdays" in the year 2010. She took part in the Twelfth series of "Strictly Come Dancing" in 2014 where she was the runner-up of the series. Frankie is also a bestselling author. Her third book "GROW: Motherhood, mental health & me" was published on 19 August 2021. She is nicknamed Frankie, The Satz, Frankie The Satz, S Club 8, and S Club Juniors.

Frankie Bridge has opened up about her personal mental health struggles, detailing one incident where she convinced herself that she had inadvertently killed her son. Making her Loose Women panel debut back in December of last year, many look to the new presenter as the epitome of confidence, but not everything is always as it seems and Frankie has been very forthcoming about her own personal mental health struggles. Delving further into her experiences in her new book (Grow: Motherhood, Mental Health & Me), Bridge detailed one particularly scary incident in which a passing remark from a doctor was enough to convince her that she had inadvertently killed her eldest child. Writing about the time she brought her son, Parker – now seven years old – for a chickenpox vaccination before he turned one, Frankie recalled a subsequent conversation she had with her local pediatrician who told her that, ideally, she should have waited until after Parker’s first birthday to vaccinate him. The comment resulted in a "complete meltdown" according to Bridge. "My paranoia kicked into overdrive too and I became convinced I had killed my child before he’d even really got the chance to live," she wrote. Parker was never in any danger though, the vaccine would simply be ineffective. However, no amount of assurances from her doctor was enough to placate her and Frankie admitted to feeling like a "failure", a "waste of space" who was "bound to let my kids down". A keen mental health advocate, Frankie has been an ambassador for Mind, a mental health charity in England and Wales, since 2016. Her new book Grow: Motherhood, Mental Health & Me is out now. 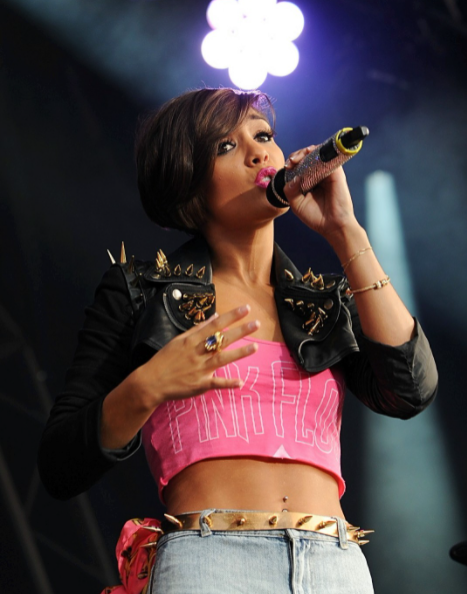 Who are the Parents of Frankie Bridge?

Frankie Bridge was born with the birth name of Francesca Sandford on 14th January 1989 which makes her the present age of 32 as of 2021. Capricorn is her Zodiac sign and she holds British nationality as her birthplace is in Upminister, London, England. She came from European-White ethnic background. She was born to her father, Kevin Sandford, and her mother, Viv Sandford. She also has an older sister whose name goes by Victoria Sandford. 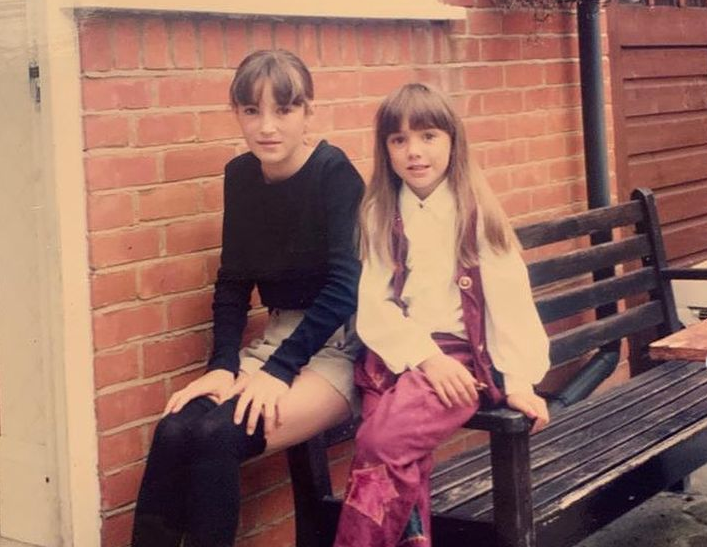 About her education, Frankie attended a local stage school in Romford after completing her formal school education. Also, while studying in school, she used to attend after-school dance classes. 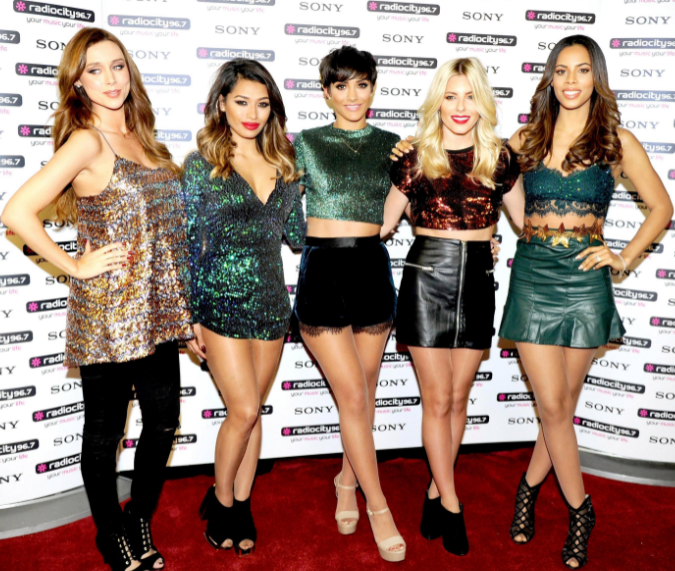 Who is Frankie Bridge married to?

Frankie Bridge is a married woman. She is married to soccer star Wayne Bridge in July 2014. Their wedding took place in Bedfordshire, England. She started dating soccer star Wayne Bridge after meeting him on a night out, where James Corden had put Wayne’s number in her phone and her number in Wayne’s phone. After exchanging texts for some time, they ended up on a dinner date. After dating for nearly three years, they got married. Frankie gave birth to their first son, Parker on October 18, 2013, and their second son, Carter on August 15, 2015. Currently, they are enjoying their present life happily without any disturbances. Her sexual orientation is straight. 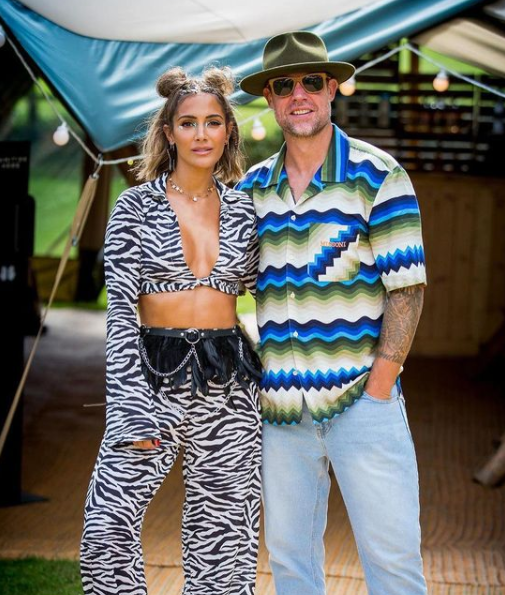 Digging her past relationship, Frankie Bridge was reported to be dating her S Club 8 bandmate Calvin Goldspink during her stay with the band. She also dated Dougie Poynter (musician) from 2008 to 2010. 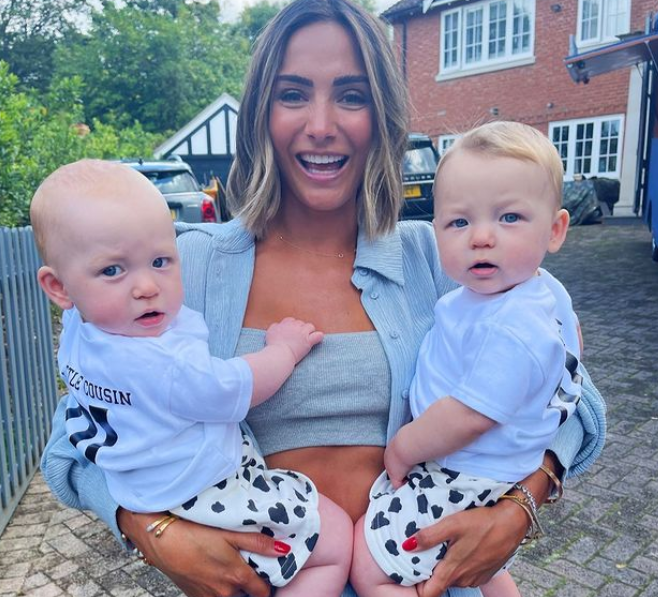 How much is Frankie Bridge Net Worth?

Frankie Bridge is a successful singer from the UK. Her net worth as of 2021 is estimated to have £11 million whereas her exact salary is under review. Her net worth of Frankie is the highest of all among the members of "The Saturdays". Her sixteen years career in the music industry has led her to sell an estimated 10 million records worldwide along with her Girl's band groups "S Club 8" and "The Saturday". In 2002, her Girl band group "S Club 8" sold 40,000 copies of their debut album "Together". "S Club 8" sold 60,000 copies of their second studio album "Sundown" in the UK and 315,859 worldwide. In October 2016, she was signed up by the clothing retail giant, Littlewoods to front their promotional campaign. As part of the autumn/ winter 2016 campaign, she posed in leading clothing brands, which ranged from Guess to Replay. In December 2016, she appeared in a print advert for the luxury jewelry brand, Thomas Sabo. As a member of her band The Saturdays, she has taken part in brand endorsements for Hair removal cream Veet, Women’s deodorant Impulse, Nintendo 3DS game called Nintendogs + Cats. She became the ambassador for the mental health charity Mind in 2016. Later in the year, she also became the ambassador for Marie Curie. She has designed a range of cosmetics to raise money and awareness for the charity. It was announced that her cosmetics line would be sold through Superdrug. she managed to raise £430,000, the equivalent of nearly 21,500 hours of nursing care by Marie Curie.

How tall is Frankie Bridge?

Frankie Bridge is a cool singer with a slim body build. She has a perfect height of 5 ft 3 in or 160 cm. Her balanced bodyweight consists of 50 KG or 110 lbs. Her hair color is dark brown and she has a pair of light brown eyes. Her body figure is petite and she has a body measurement of 33-22-32 in or 84-56-81 cm. Her dress size is 0-2 (US) or 30-32 (EU). She wears a bra size of 32A and her shoe size is 7.5 US or 38 EU. Back in 2011, she take time out of her work commitments with The Saturdays due to an "illness". It was later revealed that Bridge had been hospitalized due to depression. She announced once in rehab she thought the other patients would judge her because she was "rich" and well off. The media reported that Bridge was checked into a rehabilitation center due to stress after a punishing work schedule. However, She quickly denied the rumors. She came out and spoke about her battle with depression after people began to believe she was admitted due to alcohol and drugs.She has got words "Sunshine 'n' Showers" tattooed on her back just under her neck, which she got in remembrance of her grandmother who used to call her by the same words. She has a tattoo of a star on her wrist and another one of a dove on her ankle, which she had got along with her sister Victoria as they sought to honor their bond with the tattoo.

Trivias About Frankie Bridge You Need To Know.