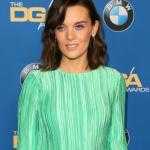 Rachel Frances Shaw, popularly known by the name Frankie Shaw is an American actress, writer, director, and producer. She is best known for playing Mary Jo Cacciatore on the Spike TV series Blue Mountain State between 2010 and 2011. She is also known for the Showtime series, SMILF, which she wrote, directed and starred in. She has also appeared in the recurring role as Shayla Nico in the first season of the USA Network television series, Mr. Robot. She won Short Film Jury Award for U.S. Fiction for her short film, SMILF at 2015 Sundance Film Festival. She was also nominated for 2017 Golden Globe Award for Best Actress for her work in SMILF.

Following misconduct allegations on-set, Showtime has canceled Frankie Shaw's Golden Globe-nominated SMILF for its third season. However, the remaining episodes of its second season will air as scheduled.

In a statement released by Showtime, they said, "After weighing a variety of factors, Showtime has decided that SMILF will not move forward for the third season. The remainder of the second season will continue to air as scheduled on Showtime through its series finale on March 31. We remain extremely proud of the two seasons of SMILF and thank Frankie Shaw for her singular voice and unique creation, as well as the dozen of writers, producers, actors, directors, and crew members both is Los Angeles and on location in Boston, who contributed to this exceptional series."

Frankie is alleged for race-based separation in the writers' room, improper crediting and compensation. She was also alleged to pressurize Samara Weaving to have a sex scene though Samara's contract had the no-nudity clause. Samara left the series. 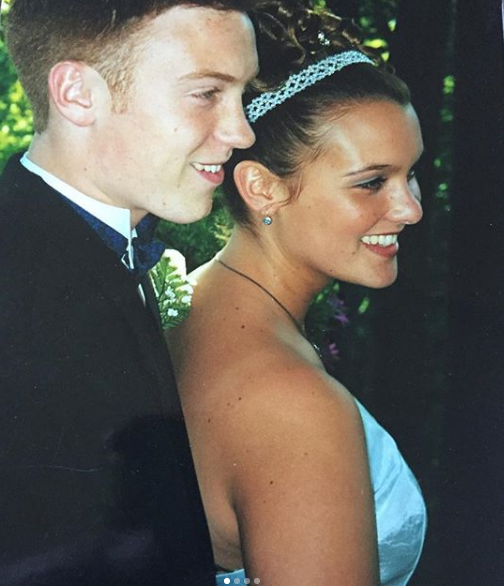 Frankie Shaw was born in 1981. Her birth name is Rachel Frances Shaw. Her birthplace is in Boston, Massachusetts, in the United States. She holds American nationality. Her zodiac sign is Scorpio. Her mother is an Irish Catholic from South Boston. She was raised Jewish. She grew up in Brookline, Massachusetts. Her parents divorced when she was four years old. She grew up in a single-mother home with an older half-brother.

She attended Michael Driscoll School where she played full court streetball at a nearby neighborhood park. She then attended Brookline High School. She received a scholarship in her junior year from the private school Milton Academy in Milton, she transferred there and graduated in 2000. She later attended Barnard College, where she graduated with a degree in literature in 2007.

After completing her studies, she moved to Los Angeles.

She made her television debut as Marrissa in the 4th episode of 5th season of American police procedural television drama series, Law & Order: Criminal Intent in 2005.

She is known for her role as Mary Jo Cacciatore in Spike series, Blue Mountain State between 2010 and 2011.

She appeared in the main role as Fabienne in ABC series, Mixology in 2014.

She is the creator, director, writer, and producer of Showtime series, SMILF. She also stars in the series as the lead role.

The series was canceled after two seasons in March 2019.

She has also appeared in Homecoming and Hollywood, both in 2018.

She has appeared in numerous independent and feature films.

She has appeared in Night Swimming, Just Like the Son, One Night, Explicit Ills, Altamont Now, The Northern Kingdom, Falling Up, Red hook, The Freebie, The End of Love, Knife Fight, The Pretty One, This is Where We Live, Lullaby, and Someone Marry Barry.

She has also appeared in Joshy, Blue Mountain State: The Rise of Thailand, Dreamland, and Stronger.

Frankie is a married woman. She is married to Zach Strauss. They got married in 2016.

When she moved to Los Angeles after completing her studies, she discovered that she was pregnant from her previous relationship with director and actor Mark Webber. She gave birth to a son, Isaac Love. She and Webber share joint custody of their son. She raised her son as a single mother.

She lives in Los Angeles, California in the United States.

Frankie Shaw has established herself as a writer, producer, and director. Starting her career as an actress, she has appeared in several television series, independent films, short films, and theatre films. She earns her fortune working in the entertainment industry. As of 2019, her net worth is estimated at around $3 million.