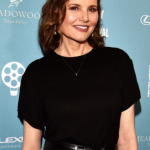 Geena Davis is an American actress, advocate for gender equality, executive producer, and former model. Firstly, she signed with New York's Zoli modeling agency and started her career as a model. She made her acting debut in the film Tootsie (1982), in 1986 she starred in the thriller The Fly (1986), which proved to be one of her first box office hits. She also starred as the adoptive mother of the titular character in the Stuart Little franchise (1999-2005) and as the first female president of the United States in the television series Commander in Chief (2005-2006), winning the Golden Globe Award for Best Actress-Television Series Drama for her role in the latter. After then, she appeared in Accidents Happen (2009), Marjorie Prime (2017), Grey's Anatomy (2014-2015, 2018), and also starred as Regan MacNeil/Angela Rance in the first season of the horror television series The Exorcist (2017). She also launched the annual Bentonville Film Festival in 2015, and executive produced the documentary This Changes Everything in 2018. In the year 2019, she was awarded the Jean Hersholt Humanitarian Award for the work she has done over the decades to fight gender bias on and off the screen in Hollywood. Most recently, she joined the cast of "Glow" as Sandy Devereaux St. Clair, a former showgirl turned entertainment director of the Fan-Tan Hotel and Casino in Netflix.

How did Geena Davis get famous? 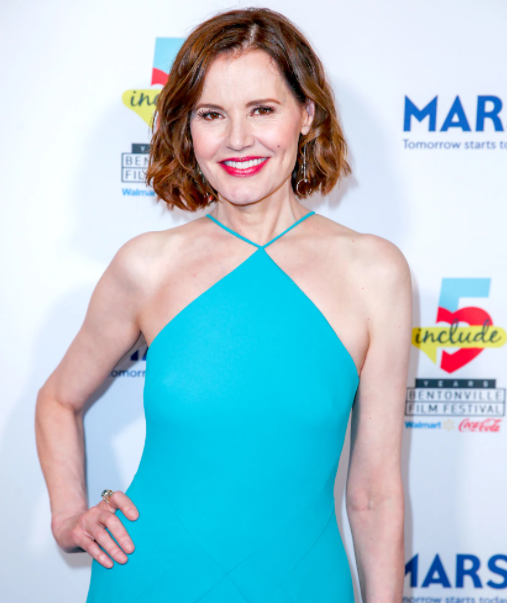 Where is Geena Davis from?

Geena Davis opened her eyes for the first time on 21st January 1956. Her place of birth is in Wareham, Massachusetts, the USA. Her present age is 65 as of 2021. She holds American nationality and her ethnicity is mixed as she is of English, Scottish, and Welsh descent. Whereas her race is White. She is the daughter of William Davis (civil engineer) (father) and Lucille Davis (teacher’s assistant) (mother). Her father died in 2009, and her mother died in 2001. She also has a sibling, a brother named Danforth Davis with whom she spent her childhood. Her birth sign is Aquarius and she follows Christianity. As her birth name is Virginia Elizabeth Davis, she is said to have adopted the nickname Geena after seeing shows with the characters Cheburashka and Gena the Crocodile (Swedish Druttem och Gena), which aired as a children's segment in a national television show in Sweden in the late 1970s. At an early age, she became interested in music. She learned piano and flute and played organ well enough as a teenager to serve as an organist at her Congregationalist church in Wareham.

Concerning her educational qualification, Geena attended Wareham High School, and then she attended a school in Sandviken in Sweden as an exchange student that made her fluent in the Swedish Language. She then initially enrolled at New England College in New Hampshire but in a year moved to Boston University and finally graduated from there in drama. She also served as a window mannequin for Ann Taylor until signing with New York's Zoli modeling agency. After her graduation, she moved to New York to start her career in acting. 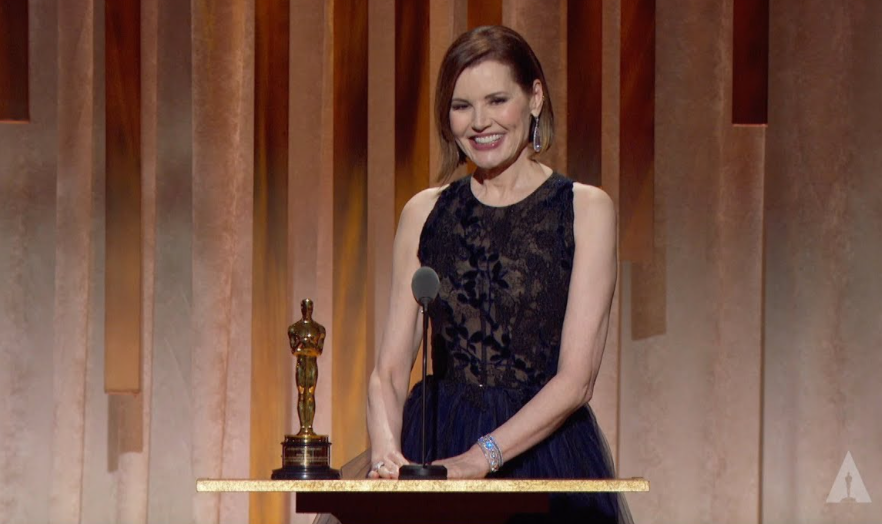 Who is Geena Davis married to?

Geena Davis was a married woman and till now, she has been married four times. Firstly, she married Richard Emmolo on 25th March 1982, and the couple divorced on 26th February 1983. Then, her second marriage was with actor Jeff Goldblum on 1st November 1987. Later, they divorced on 17th October 1990. Renny Harlin was her third husband with whom she got married on 18th September 1993. The couple got divorced five years after their marriage on 17th October 1998. On 1st September 2001, Geena married her fourth husband, Reza Jarrahy. The couple has three children from the marriage. She gave birth to a daughter, Alizeh Kashvar on 10th April 2002 while her two twin sons Kaiis William Jarrahy and Kian William Jarrahy were born on 6th May 2004. In May 2018, Jarrahy filed for divorce from Davis, listing their date of separation as November 15, 2017. Davis responded by filing a petition in which she claimed that she and Jarrahy were never legally married. As of today, she is living single life without any disturbances. Her sexual orientation is straight. 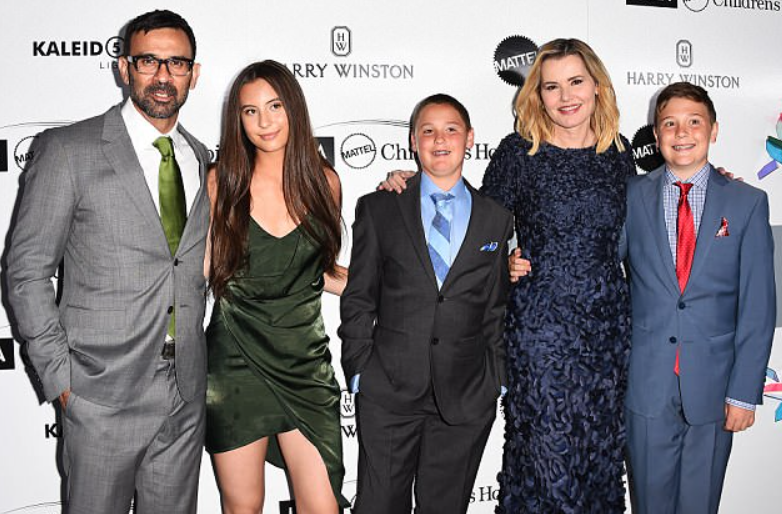 How much is Geena Davis' net worth?

Geena Davis is a successful actress and has accumulated a huge amount of money throughout her career. She has all of her wealth and earnings from the acting roles she's been doing in TV series and movies. As of 2021, Geena's net worth is estimated to have $30 million as of 2021. She has earned salaries up to $7,000,000 for her acting. Her most commercially successful project to date has been the 1999 adventure film Stuart Little, which brought in $140,000,000 at the box office. She earned around $2 million for "A League of Their Own" movie. Her main source of wealth comes from her acting career. As of today, she is living a luxurious lifestyle.

How tall is Geena Davis?

Geena Davis is a very beautiful actress whose standing height is 6 feet or 183 cm. Her balanced weight consists of 73 KG or 161 lbs. She has a measurement of 38-27-38 inches and her bra size is 36B. Her hair color is dark brown and her eye color is dark brown. Her dress size is 10 (US) and her shoe size is 12 (US). She has a one-sided dimpled smile. Her body type is slim.

Trivias About Geena Davis You Need To Know.