Gemma Atkinson is a British actress, former glamour model, radio presenter, and TV personality who is famous for playing Lisa Hunter on  "Hollyoaks" (2001–2005, 2022) and in three spin-off series, "Hollyoaks: After Hours" (2004), "Hollyoaks: Let Loose" (2005) and "Hollyoaks: In the City" (2006), Tamzin Bayle on "Casualty" (2011–2012, 2014) and Carly Hope on "Emmerdale" (2015–2017). Currently,  she presents the drive time slot across the Hits Radio Network. She made her debut movie playing the role of Charlotte Bailey in the 2009 comedy film "Boogie Woogie". She was first signed to a modeling agency at the age of 14 by her mom. She has also appeared in the Bollywood film Fever, where she played the role as Ria alongside Rajeev Khandelwal. Released in the year 2008, she has voiced the role of Lieutenant Eva McKenna in the video game "Command & Conquer: Red Alert 3". For breast cancer awareness, she ran for 5 kilometers in September 2007. As an author, she has released a book entitled "Ultimate Body Plan" which is a combination of 75 delicious recipes plus a workout plan that can deliver real results. Further, she is going to release her second book in 2022 entitled "The Ultimate Body Plan for New Mums". She also has a clothing business which goes by the website "merrrch.com. She is nicknamed Gemma, Thunder Thighs (She got this nickname from her school friends).

What is Gemma Atkinson Famous For? Where is Gemma Atkinson From? Details About Her Birthname, Family, and Education

Gemma Atkinson's birth name is Gemma Louise Atkinson and her born date is 16th November 1984. She is from Bury, Greater Manchester, England. She is the daughter of David Atkinson (father) whereas the details regarding her mother is still to get disclosed yet. She also has a sibling, a sister namely Nina Brollini. She holds British nationality and her ethnicity is Mixed as her father was Scottish and from Dumfries. Her race is White. She celebrated her 37th birthday as of 2021. She follows Christianity religion and her horoscope sign is Scorpio. 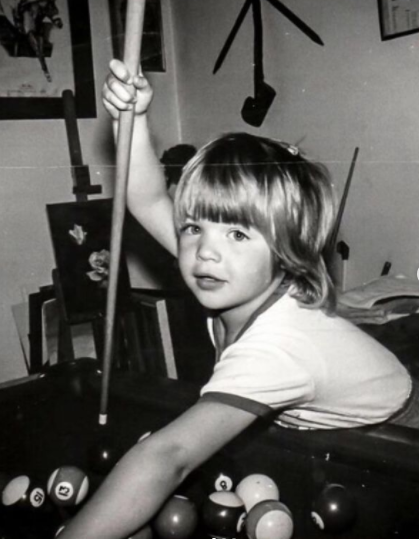 Focusing on her education, Atkinson took her GCSEs at Castlebrook High School, Bury. She has also done a course in nutrition and also wanted to study sports therapy at the university.

Gemma Atkinson Personal Life: Who is she engaged to?

Gemma Atkinson is not a married lady but she is currently engaged. After being in a happy relationship with her boyfriend/partner, Gorka Marquez, they engaged on 14th February 2021. Professionally, Gorka Marquez is a Strictly Come Dancing professional dancer. On 1st February 2019, she announced on Instagram that they were expecting a baby. She then gave birth to a baby girl, Mia, on 4 July 2019. Today, the couple is enjoying their present life happily without any disturbances. Her sexual orientation is straight. The duo is planning to be husband and wife soon. 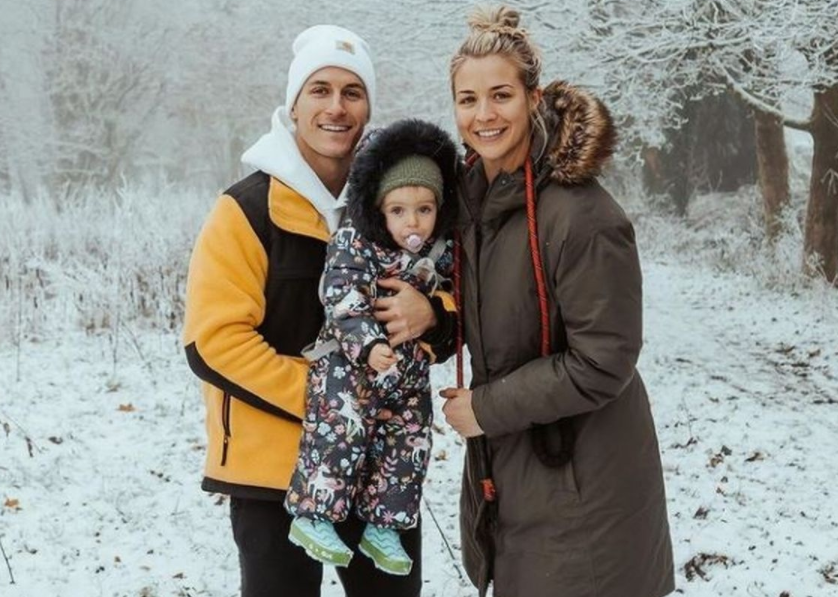 Gemma Atkinson is very active in charity work. Back in September 2007, she did a 5 kilometre (3 miles, 190 yards) charity run for breast cancer awareness. In April 2008, she embarked upon a 228 kilometres (142 mi) walk along the Great Wall of China as part of a charity event organized by Olivia Newton-John's breast cancer awareness charity. She ran to raise funds for the New Children's Hospital appeal. On 17th May 2009, she finished the 10 km run with a time of 1 hour 6 minutes. She ran the Great Manchester Run for the charity in May 2016.

How much is Gemma Atkinson Net Worth?

Gemma Atkinson is an actress, former model, radio presenter as well as a television personality whose net worth is estimated to have $4 million as of 2021. She made this fortune from her television work. She had served as the female face of the 2007 British Grand Prix. She is also the face of USA Pro. She is famously a lingerie model and has modeled for several brands like La Senza, Ultimo’s D-G range, and many others. She has appeared in a Striptease commercial and numerous others. She has not disclosed anything about her career earnings, annual salary income to the media. But there is no doubt in the mind of her followers that she is making a cool amount of money from her work. She is living a lavish lifestyle from her work and she is satisfied with her earnings.

Gemma Atkinson is an elegant and beautiful actress who stands at a perfect height of 5 feet 9 inches matching her body weight of 69 kg or 152 pounds. She said in an interview with Maxim magazine that she lost weight due to a fitness regimen and her breasts had declined in size and that the surgery had restored their original size and shape. She has dark brown hair color and her eye color is green. Her body measurement is 39-24-36 in or 99-61-91.5 cm and her dress size is 6 (US) or 38 (EU). In 2006, she underwent breast enlargement surgery, which took her bra size to 34E. She wears a shoe size of 8 (US) or 38.5 (EU). She maintains her body a lot as she is also a fitness lover and she does exercise daily as well as she goes to the gym. Her single workout session lasts for one hour. She has an athletic body type.