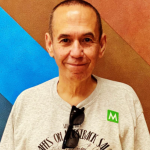 Gilbert Jeremy Gottfried was an American actor and stand-up comedian who was excellently known as Gilbert Gottfried. He provided the voice for Iago in Disney's "Aladdin" and was the spokesperson for Aflac for many years. He started his career at the age of fifteen, doing stand-up comedy routines at various open mic nights in New York, and was later hired to be a cast member on "Saturday Night Live" in 1980, but only stayed around for 12 episodes. Gilbert was widely criticized after joking about masturbation at the 1991 Emmy Awards. However, he was fired as the voice of the Aflac duck in 2011 after making insensitive jokes on Twitter about the earthquake and tsunami in Japan that year. He also began hosting "Gilbert Gottfried's Amazing Colossal Podcast" in 2014 until the time of his death. Moreover, Gilbert was seen as God in the 2022 TV series "Smiling Friends". Sadly we lost such a versatile icon on 12th April 2022.

How did Gilbert Gottfried die?

Gilbert Gottfried leave the world forever in Manhattan from recurrent ventricular tachycardia, complicated by type II myotonic dystrophy, on 12th April 2022, at the age of 67. "We are heartbroken to announce the passing of our beloved Gilbert Gottfried after a long illness. In addition to being the most iconic voice in comedy, Gilbert was a wonderful husband, brother, friend, and father to his two young children. Although today is a sad day for all of us, please keep laughing as loud as possible in Gilbert’s honor," his family wrote on Twitter.

What nationality is Gilbert Gottfried?

Gilbert Gottfried was born on 28th February 1955 with the real name of Gilbert Jeremy Gottfried. His birthplace was Brooklyn, New York, U.S., and his nationality was American. He came from American-white ethnic background. Likewise, his religious belief was in the Jewish religion and his race was white. Gilbert lastly celebrated his 67 birthday in 2022 and as per his birthdate, his star sign was Pisces. His father's name was Max Gottfried whereas his mother's name had not been disclosed yet. Gilbert had two sisters, photographer Arlene Gottfried who died in 2017, and Karen Gottfried.

Who is Gilbert Gottfried's Wife?

Gilbert Gottfried was a married man. He tied a knot with his beautiful wife Dara Kravitz whom he met at a Grammy Awards party. The pair were married in 2007 and had two children together: a daughter, Lily, and a son, Max. The couple's relationship was awesome till the time of Gilbert's death. Reflecting on his sexual orientation, he was straight.

How much is Gilbert Gottfried's Net Worth?

Gilbert Gottfried was a versatile man who had a net worth of $8 million at the time of his death (2022). He also earned a fine amount of salary which was around $500 thousand per year. Gilbert had gained a considerable amount of money from his profession as his major source of income was from his actor and stand-up comedian career. He was sincere in his work.

How tall is Gilbert Gottfried?

Gilbert Gottfried stood at an ideal height of 5 ft 5 in (165 cm) with a perfect body weight of 70 kg. He had short dark brown hair and eyes color. Additionally, his body build type was average.