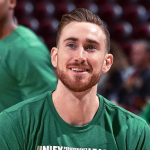 Gordon Hayward is an American professional basketball player who currently plays as a power forward and small forward for the Boston Celtics of the National Basketball Association(NBA). Hayward was named the "Horizon League Player of the Year" and selected to the "All-Horizon League First Team" in the 2009-10 season. He was also named an NBA All-Star for the first time in 2017. Hayward also played for the 2009 FIBA Under-19 World Championship. 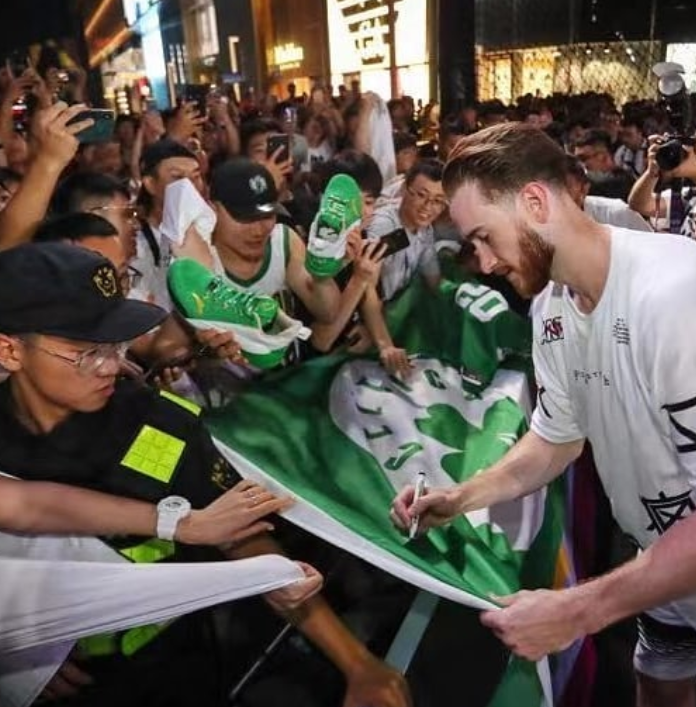 What is Gordon Hayward Famous for?

Where is Gordon Hayward From?

Gordon Hayward was born on March 23, 1990, in Indianapolis, Indiana, United States. His birth name is Gordon Daniel Hayward. His nationality is American. Hayward belongs to White ethnicity while Aries is his zodiac sign.

Gordon Hayward is the son of Gordon Scott Hayward(father) and Jody Hayward(mother). He was raised in his hometown along with his twin sister, Heather Hayward. Heather previously played tennis for Butler University.  Gordon and his sister both were interested in sports since their childhood as Gordon was an excellent tennis player before who even appeared at the 2005 Indiana State Open Championships in the mixed doubles alongside his sister.

He attended Brownsburg High School where he focused more on his athletic talents towards playing basketball. He was already a two-time all-state singles player in tennis. Hayward was selected Second-team all-state by AP and First-team all-state by the Indiana Basketball Coaches Association. He was also selected Indianapolis Star Player of the Year and received the IHSAA Arthur L. Trester Award in Class 4A.

Hayward was included in the squad to represent Indiana in the 2008 Indiana–Kentucky Boys All-Star Game, which Indiana won. Later in 2008, Gordon Hayward enrolled at Butler College where he was named Horizon League Newcomer of the Year and selected to the Horizon League All-Newcomer Team and the All-Horizon League First Team.

Hayward was selected to the All-Tournament Team while his presence in Butler Bulldogs. He was also selected as a member of the United States team for the 2009 FIBA Under-19 World Championship. He performed well and earned the championship to the Team USA. 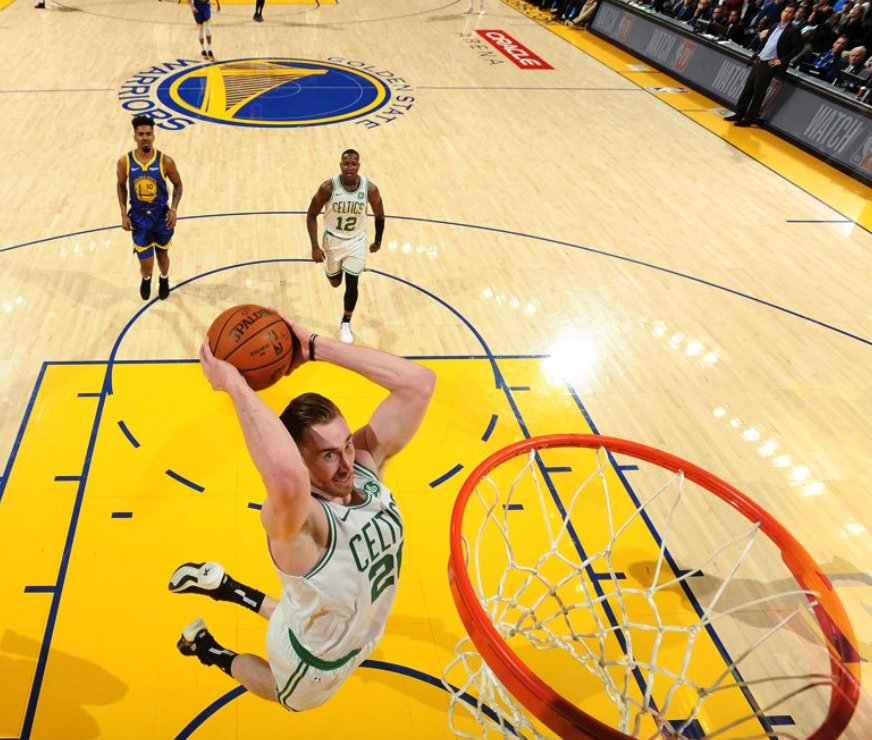 Who is Gordon Hayward Married? 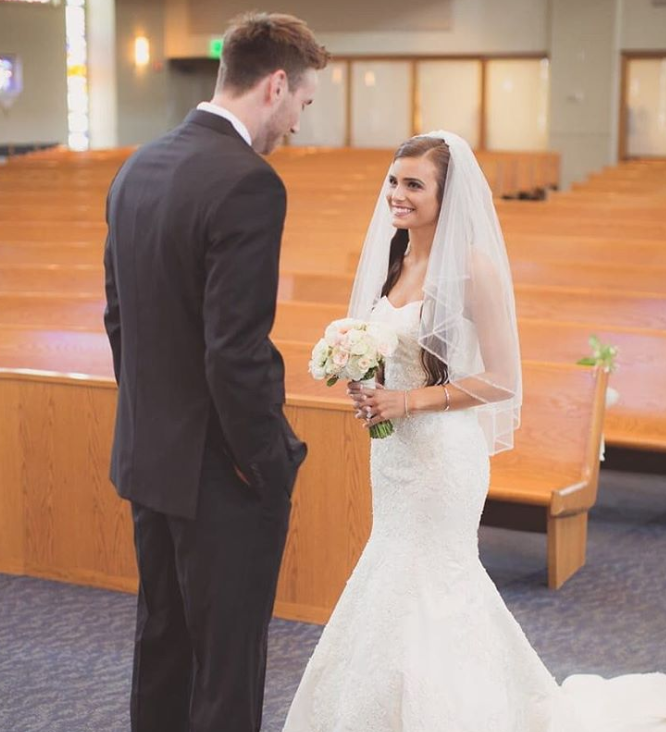 Gordon Hayward is a married man. Hayward is married to his beautiful wife, Robyn Van Vliet. Robyn was a prominent volleyball player who had won the State Championship in 2012. The couple met each other for the first time in Brownsburg High School. Gordon and Robyn began dating a very long time ago as they were in a serious relationship for 5 months. Later, the couple got engaged on December 26, 2013.

The couple got married on May 24, 2014, at St Simon the Apostle Church in Indianapolis. They are blessed with three children: all three daughters, Bernadette Marie Hayward(b. June 6, 2015), Charlotte Margaret(b. July 11, 2016) and Nora Mae Hayward(b. January 24, 2019). Currently, Gordon is living a happy life with his wife and children.

Besides, Gordon is a great video game lover and has named "League of Legends" as his favorite sport. 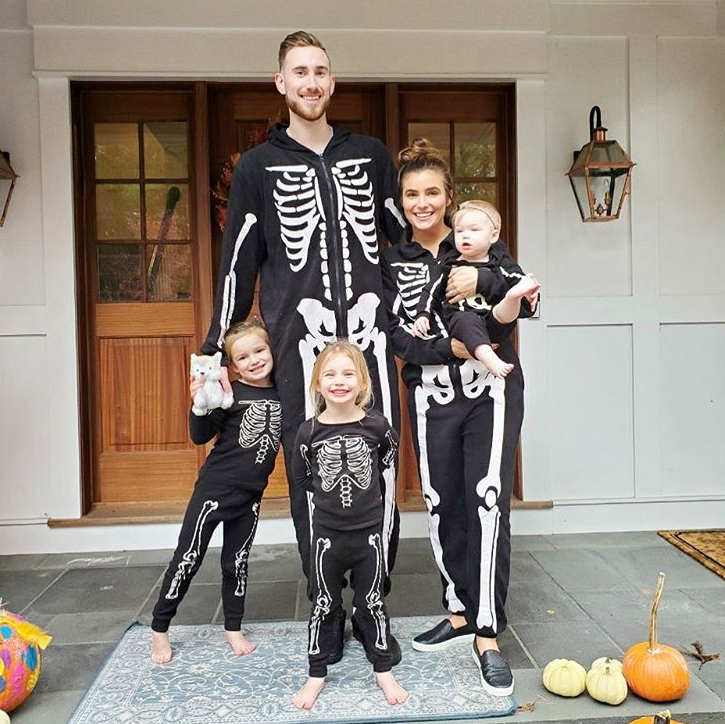 What is the Net Worth of Gordon Hayward? 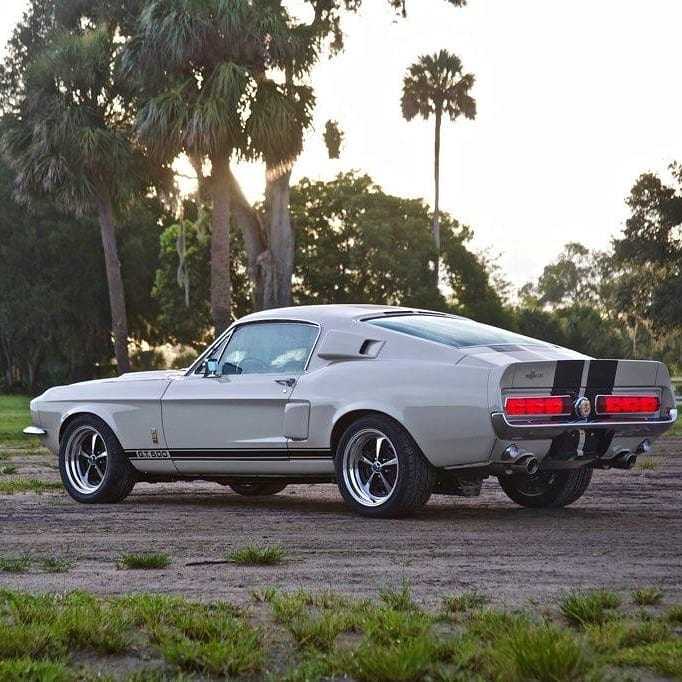 The 29 years old Gordon Hayward has quiet a great earning through his professional career as a basketball player. Hayward has managed to amass a great fortune of the amount in million dollars through his several contract deals, salaries, and endorsement deals. Hayward's current estimated net worth is around $40 million.

Hayward adds few more dollars to his fortune through his several endorsement deals which include his gaming endorsements with "HyperX", "Xfinity", "AutoFull" and "IGN Pro League". Hayward also had signed endorsement deals with "Ants"(Chinese sports footwear), "Peak" and "Nike". In 2017, it was reported that his jersey was listed as the 13th best selling in the league.

How Tall is Gordon Hayward?

Gordon Hayward is a tall, handsome white man with a great charming personality. Hayward has a well maintained athletic body physique. He stands tall with a height of 6ft. 9inch.(2.03m) while his body weighs around 93kg(207 lbs). He has a fair complexion with brown hair and blue eyes.