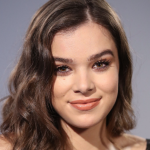 A very famous and well-known actress, as well as a singer, is named Hailee Steinfeld who is best known for her role is the movie ‘Pitch Perfect 2’ and ‘True Grit’. She has been nominated for awards including an Oscar, a Golden Globe, a BAFTA, and four Critics Choice Awards, winning one for Best Young Performer. Her breakthrough role was that of Mattie Ross in True Grit (2010). She has released a series of singles, including "Starving", a collaboration with both Grey and Zedd, which peaked at number 12 on the Billboard Hot 100 chart in the United States. She is a very young talented actress.

The star, Hailee has already played an animated superhero in ‘Into the Spider-Verse,’ and now has made an action film that has her interested in exploring the comic book world in live-action. The actor-singer already has a number one movie at the box office, Spider-Man: Into the Spider-Verse. The success of Spider-Verse has fast-tracked a sequel and a spinoff that prominently features Steinfeld’s Gwen Stacy/Spider-Gwen character. Now, she’s celebrating the imminent release of her second critically acclaimed film of the month, "Bumblebee". As the first "Transformers" film to be almost universally praised by critics, Bumblebee is already on pace to be more than just an anthology spinoff/origin story.

Hailee Steinfeld Performs on ‘The Tonight Show Starring Jimmy Fallon’. Hailee Steinfeld was the musical guest on Wednesday night’s episode of The Tonight Show Starring Jimmy Fallon. The singer and actress performed “Back To Life” and sat for an interview with the talk show host. Steinfeld, who stars in Bumblebee, the latest edition to the Transformers movie franchise, performed the song that she contributed to the film’s soundtrack.

On 11th December 1996, Hailee was born in Tarzana, California with the birth name of Hailee Caribe Steinfeld. She was bort to Cheri Steinfeld (mother) and Peter Steinfeld (father). Her father is a personal fitness trainer and her other is an interior designer. Her nationality is American. Her ethnicity is mixed with Ashkenazi Jewish, Filipino, African-American, British Isles, and German. Talking about her siblings, she has one brother named Griffin. Her zodiac sign is Sagittarius.

Talking about her education, she attended Ascension Lutheran School, Conejo Elementry, and Colina Middle School. Then, she was homeschooled from 2008 until her high school graduation in June 2015.

Hailee Steinfeld is a very young and beautiful lady. With her charming smile, she attracts a lot of people towards her. She has a perfect height of 5 feet 8 inches. She has a very healthy body and a balanced weight of 60 Kg. She has dark brown hair and hazel eyes. Her body measurement is 34-27-35 inches. Her bra size is 32B, the dress size is 4 US and the shoe size is 6 US. Her other body measurement will be updated soon.

Net Worth of Hailee Steinfeld

The net worth of this famous actress, Hailee has accumulated the net worth of $8 Million just at the age of 22. She is living a luxurious life. Her exact salary has not been disclosed yet and will be updated soon. But there is no doubt in the mind of her follower that she is earning a considerable amount of salary from her acting career. She is satisfied with her earning.

Hailee Steinfeld is not married yet but she is in a relationship. She is having an affair with her boyfriend, Niall Horan who is a singer-songwriter and former One Direction member. The couple is living a happy life together. The couple recently was spotted together at Los Angeles on 20th May 2018 which confirmed that they are in a relationship. There is no sign of separation between them and they are planning to get married soon. They are enjoying their life a lot.

Previously, she is in a relationship with Douglas Booth in the year 2013 but later the couple broke up. Then, she started dating Cameron Smoller since 2016, October 6 but separated in a short span of time.