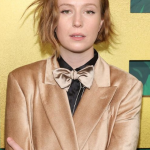 Hannah Einbinder is an American comedian, actress, and writer who is famous for starring in the HBO Max series "Hacks" (2019-Present), for which she was nominated for a Primetime Emmy Award in 2021 and 2022, and a Golden Globe Award in 2022. She is also known for her success as a stand-up comedian. She was a part of the Just for Laughs festival’s New Faces showcase in 2019, where Einbinder was considered amongst the 10 standouts to watch by the National Public Radio. She made her debut TV show appearance as part of a Street Team in How to Be Broke in 2021. In October 2021, Hannah was honored with an award at the 2021 Women in Film Awards. Hannah was Us Weekly’s Most Electrifying TV Star of 2022.

Who is Hannah Einbinder's Parents?

Hannah Einbinder took birth on 21st May 1995 in Los Angeles, California, the USA. Her born name is Hannah Marie Einbinder. She holds American nationality and her ethnicity is American-White. She celebrated her 27th birthday in 2022. She is the daughter of original Saturday Night Live cast member Laraine Newman and comedy writer Chad Einbinder. She has an older sister, Lena N. Einbinder. She was born into a Judaism religious family. Her star sign is Gemini. She graduated from Beverly Hills High School and earned a Bachelor of Fine Arts degree in television writing and production from Chapman University. 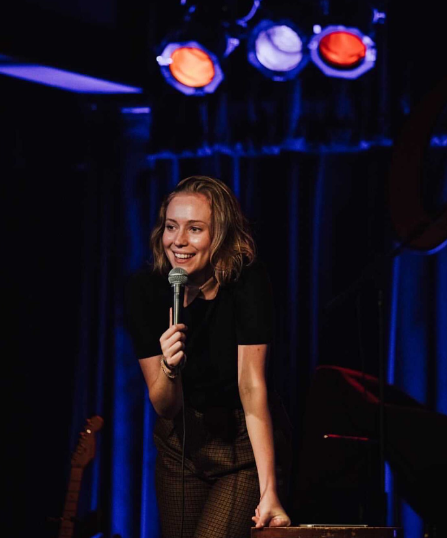 What is Hannah Einbinder's Net Worth?

Hannah Einbinder comedian, actress, and writer whose net worth is estimated to have in the range of $1 Million - $5 Million as of 2022. She is making her annual salary of thousands of dollars from her professional work as a comedian and actress which is her main source of wealth. She is living a cool lifestyle at present. She has not shared the details about her wealth and property details to the public.

Who is Hannah Einbinder's Boyfriend?

Hannah Einbinder is not married yet but she is currently in a relationship with her handsome boyfriend, who is a stand-up comedian, Alex Edelman. Today, the lovebirds are enjoying their present life a lot without any disturbances. Einbinder's sexual orientation is bisexual. 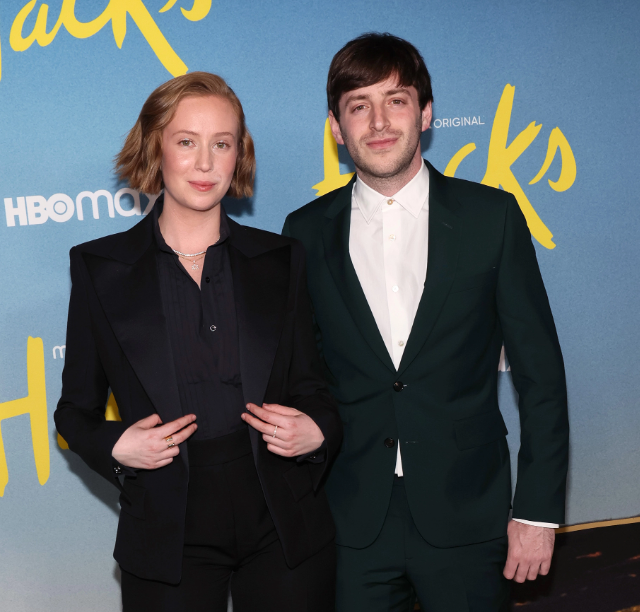 How tall is Hannah Einbinder?

Hannah Einbinder stands at the height of 5 ft 5 in or 165 cm and her body weight consist of 57 kg or 125.5 lbs. She has red hair color and she has a pair of hazel eyes. She sports a standard and upper lobe piercing. Her body type is slim. Overall, she has got a healthy body with a charming smile and glowing face. In an interview with Glamour, Hannah stated that she suffered from cystic hormonal acne.

Trivias About Hannah Einbinder You Need To Know.