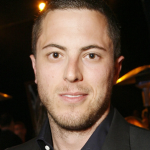 Restaurant and nightclub entrepreneur Harry Morton, who owned the Pink Taco eateries and the famed Viper Room nightclub, has died at age 38. He was found unresponsive by his younger brother, Matthew, in his Beverly Hills home on Saturday afternoon. Let's know more about him and his mysterious death through this article.

Where is Harry Morton born?

Recalling his early life, Harry was born in the USA in the year of 1981. He is a son of Peter Morton who was the founder of the Hard Rock Cafe chain and his mother's name is Paulene. He has three siblings. They are Matthew, Sophia, and Domino. Information regarding his academic qualification is yet to be disclosed.

How Harry Morton become a restauranteur?

Is Harry Morton married or not?

Reflecting on his personal life, Harry is yet to be married but he has several relationships before his death. He dated Lindsay Lohan in the summer of 2006. In 2010, he went on a few dates with Jennifer Aniston. Then, he dated Demi Moore for about six months in 2013. After that in 2015, he and Britney Spears went on at least one date in 2015. He has also been linked romantically to Paris Hilton who he has known for years, according to E! News.

What is the net worth of Harry Morton?

Being a restaurateur and the founder of the Pink Taco Restaurant Chain, Harry earns the sum of a good amount of money through his profession. Based on online reports, his estimated net worth said to be $300 million at the time of his death. However, his salary is yet to be disclosed.

What is the reason behind Harry Morton's death?

Harry found dead at his home in Beverly Hills on November 23rd, 2019, according to Beverly Hills Police Department. A source says Harry's younger brother Matthew was the one to find the restauranteur unresponsive.

As per Page Six, Harry had dined with his family including his father, the previous day and had seemed in good spirits. "Harry's family is devasted. They believe his sudden death is related to an unforeseen medical issue, but it is too early to say."

Beverly Hills PD is investigating his death according to the Los Angeles Country Sheriff's Department. His cause of death is unknown. There was no evidence of foul play and an autopsy report is pending.

Pink Taco said in a statement; "We are saddened by the passing of Harry Morton, the founder and former owner of Pink Taco. He was a visionary and restauranteur ahead of his time, and his contributions, both professionally to our brand and personality to those he worked with, were numerous. Our thoughts and condolences are with his family and friends during this difficult time."

How tall is Harry Morton?

Before his death, Harry has a decent height and weight. He has a pair of brown eyes and dark brown hair color. His other body information is yet to be disclosed. In the case of an update, we will let you know.

Trivias About Harry Morton You Need To Know.