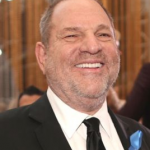 An American former film producer is named for Harvey Weinstein. He and his brother Bob Weinstein co-founded the entertainment company Miramax, which produced several successful independent films, including Sex, Lies, and Videotape (1989), The Crying Game (1992), Pulp Fiction (1994), Heavenly Creatures (1994), Flirting with Disaster (1996), and Shakespeare in Love (1998). He has also won an Academy Award for producing Shakespeare in Love and garnered seven Tony Awards for a variety of plays and musicals, including The Producers, Billy Elliot the Musical, and August: Osage County. On 25th May 2018, he was arrested in New York, charged with rape and other offenses, and released on bail.

On the day that Harvey Weinstein’s trial for rape was supposed to have started in New York City before being postponed, the much-accused producer’s team Monday tried to damn Gwyneth Paltrow in the court of public opinion for her role in his downfall. “Gwyneth Paltrow comes from Hollywood royalty,” a spokesperson for Weinstein told Deadline today after more details of the Shakespeare in Love star’s role in coming forward were unveiled by New York Times reporters and She Said: Breaking the Sexual Harassment Story That Helped Ignite a Movement author, Megan Twohey, and Jodi Kantor. “Her father was a top producer, her mother a famous actor, her godfather is Steven Spielberg,” Weinstein’s rep offered of Paltrow, who was one of the first Hollywood stars to go public with being harassed or assaulted by Weinstein after the initial NYT exposé broke on October 5, 2017. “She didn’t need to make movies with Harvey Weinstein; she wanted to, and she won top awards and was the top-paid female actor for nearly a decade, with Weinstein.”

Weinstein was first arrested in late May 2018 on two counts of predatory sexual assault, one count of the criminal sexual act in the first degree and one count each of first-degree rape and third-degree rape. Subject to travel restrictions reinforced last August 7, the 67-year-old Oscar-winning producer is out on $1 million bails after entering a not guilty plea on July 9 last year. Accused by Judd in a now temporarily halted case and failing to get a sex-trafficking class action tossed out, Weinstein is also facing allegations from more than 60 women that he sexually assaulted or sexually harassed them. In that vein, Weinstein is under investigation by federal prosecutors as well as probes by the Manhattan D.A.’s office, the NYPD, the LAPD and more globally. Additionally, a so-called $44 million “global settlement” announced in May over the claims of dozens of women against Weinstein seems to have disappeared in a howl of dust after various accusers became publicly upset over the hefty sums being paid out to lawyers and other reps for the now-defunct board of the bankrupt The Weinstein Company.

Harvey Weinstein was born on 19th March 1952 in Flushing, the USA to Max and Miriam Weinstein, his parents. His father, Max Weinstein, was a diamond cutter, while his mother, Miriam Weinstein (née Postel), later served as a receptionist in her sons’ company Miramax. His nationality is American and his ethnicity is White. His religion is Jewish. He is the eldest son of his parents and has a brother named Bob with whom he grew up in a housing co-op named Electchester in New York City. The brothers used to watch movies in the theatre during Saturday afternoons, which spurred their drive to enter the film industry later. He attended John Bowne High School in Flushing and then enrolled into the State University of New York at Buffalo from where he graduated in 1973.

Harvey is a very handsome person with a charming smile on his lips attracting a lot of people towards him. He has a tall height of 5 ft 9 in with the balanced bodyweight of 79 Kg. His bicep size is 14 in and his body measurements are 44-32-35 in. His shoe size is 8 US.

Harvey is a married person and he has been married twice in his lifetime. He married his assistant Eve Chilton in 1987 and later the couple divorced in the year 2004. They had three daughters: Remy (previously Lily) (born 1995), Emma (born 1998), and Ruth (born 2002).

After that, he married English fashion designer and actress Georgina Chapman in 2007. They have a daughter, India Pearl (born 2010), and a son, Dashiell (born 2013). On 10th October 2017, Chapman announced she was leaving Weinstein after the sexual harassment accusations. As of today, he is living a single life without any disturbances.

Net Worth of Harvey Weinstein

Harvey is a very talented and successful film producer. The net worth of Harvey is estimated to have between $240 Million to $300 Million. His exact salary has not been revealed yet and it will be added soon. Overall, he is satisfied with his earnings.