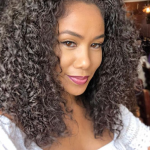 Hazel Renee is an American actress, model, recording artist, and TV personality who is best known for being the fiancée of NBA Star, Draymond Green. She had a recurring role on season 3 of the FOX show "Empire" and she became a member of the cast for season 9 of the reality show "The Real Housewives of Atlanta". She won the title National American Miss Teen Michigan as a teenager and her big TV/music debut was on MTV's Making The Band 3. Besides her acting career, she is also a model and a pop/R&B singer. Her first EP Love Triangle was released in late 2016.

What is Hazel Renee Famous For?

What is Hazel Renee's Ethnicity?

Hazel Renee took birth with the born name of Hazel Renee Joiner. Her birth date is 31st March 1986. She is from Kansas, the USA. She holds American nationality and her ethnicity is Mixed (American-Puerto Rican-Filipino-African). Her present age is 36 as of 2022. She attended Central High School and later she went to Michigan State University graduating with a degree in communication. She was also a sprinter at MSU and her best record is Outdoor 100 m Dash (13.45), Indoor 200 m Dash (26.40), and Indoor 60 m Dash (8.34).

What is Hazel Renee's Net Worth?

Multi-talented Hazel Renee is a model and actress by profession. As of 2022, the net worth of Hazel Renee is estimated to have $5 Million as of 2022. Her source of wealth comes from an acting career and she is also making a cool amount of money from her modeling career. She is living a lavish lifestyle at present and she is making her salary in thousands of dollars.

Who is Hazel Renee's Husband?

Hazel Renee is currently engaged lady her handsome boyfriend-turned-fiancée, Draymond Green. In 2019, the lovebirds got engaged. In December 2020, the duo is blessed with a kid. Professionally, Draymond Green is a basketball player. Their love is going very strong with the passage of time and they are enjoying their present life a lot. They are planning to get married soon. Her sexual orientation is straight. 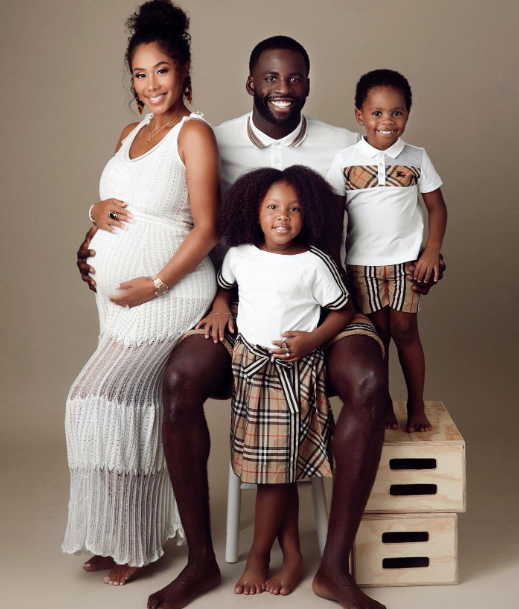 Everything To Know About Draymond Green

Although there are no official wedding photos yet, their engagement photos were published in Essence on Saturday. In the dramatic spread, photographed at Stone Mountain Estates in Malibu, Renee shared the pair met while student-athletes at Michigan State. "We were in the same theater class and both athletes," she told Essence. "Naturally we gravitated towards one another for group projects because we were already familiar with each other."

Previously, Renee was in a relationship with an unknown guy whose name is still to get disclosed. Together, they had a daughter named Olive Jay. They later split due to some reason.

How tall is Hazel Renee?

Hazel Renee stands at the perfect height of 5 feet 5 inches. Her body weight is 55 KG. She has a pair of dark brown eyes and her hair color is black. She maintains her body a lot and she is very conscious about her food intake. Her body measurement is 36-24-36 in.