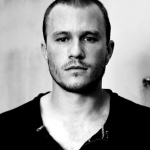 If a list of the most seasoned actors produced in the world is to be compiled, Heath Ledger’s name deserves a mention. Although his lifespan was short, his accomplishments as an actor, even during this brief period will be remembered by movie lovers for a long time. He, who made his debut through the television series ‘Roar’, went on to prove his acting prowess through many other films such as ‘The Brothers Grimm’ and ‘Brokeback Mountain’. His roles in these flicks were noticed by the jury members of many award ceremonies, who felicitated him with many honors for his performances. However, it was his portrayal of the Joker in maverick filmmaker Christopher Nolan’s flick ‘The Dark Knight’ which made him a household name across the globe.

Many critics as well as audiences compared his performance with the works of yesteryear greats like Marlon Brando and Al Pacino and even hailed him as one of the greatest actors of all time. His dedication towards his work has earned the respect of the whole film fraternity and, unfortunately, the actor passed away before reaching many other career milestones. His performances are even known for being institutions of great acting themselves. Let's know more about the actor through this article.

What is Heath Ledger famous for?

Where was Heath Ledger born?

Recalling his early life, Ledger was born in Perth, Australia to parents Sally Ledger and Kim Ledger. He was interested in the world of show business since his childhood years. He was of Australian nationality. Furthermore, he belonged to a mixed ethnic background of English, Irish, Scottish, Welsh, and Jewish [Ashkenazi and Sephardi].

Where did Heath Ledger go for education?

When did Heath Leder begin his acting career?

What were the achievements of Heath Ledger?

Talking about his achievements, Ledger won the Academy Award for his role as an iconic ‘Joker’ in ‘The Dark Knight’ in 2009. Additionally, he also garnered the Oscar nomination in 2006 for his performance in ‘Brokeback Mountain’. All in all, he has 77 wins and 55 nominations to his name to date.

Who was Heath Ledger married to?

Reflecting on his personal life, Ledger is unmarried until his death but involved several relationships. He dated American Actress Lisa Zane from 1997 to 1998. From 2000 to 2002, he was in a relationship with the Australian Model Christina Cauchi. After that, He dated Heather Graham from October 2000 to June 2001.

In 2004, he started seeing actress Michelle Williams. The duo later became parents to a baby girl named Matilda Ros, who was born the next year. However, his relationship with Michelle turned sour soon after and they split. He also dated British Actress Naomi Watts,  Australian Model Gemma Ward, and American Actress Lindsay Lohan.

How Did Heath Ledger Die?

Unfortunately, He succumbed to death in early 2008, due to an overdose of drugs, months before his best work ‘The Dark Knight’ released.

What was Heath Ledger net worth?

Being a part of the entertainment industry, Ledger earns a decent amount of money and salary through his profession as an actor. Based on some online reports, his estimated net worth said to be $16 million at the time of his death. However, his salary is yet to be disclosed.

What were Heath Ledger Body Measurements?

Before his death, Ledger stands a height of 6 feet 1 inch and weighs around 84 Kg. He has a pair of hazel eyes and blonde hair color. Similarly, he used 12 (US) shoe sizes. His other body information is yet to be disclosed. In the case of disclosed, we will let you know.

Trivias About Heath Ledger You Need To Know.