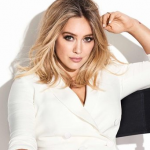 As a household name in Hollywood, Hilary Duff is one entertainer who has recorded maximum success in both her acting and music career among other endeavors. She started acting at a very young age and after her acclaimed role as the bubbly Lizzie McGuire on the popular series Lizzie McGuire, she not only shot to prominent fame but earned herself the title of a teen idol. The series lasted from 2001 to 2004 during which she also starred in lead roles in several films like Agent Cody Banks, A Cinderella Story and many more.

With two decades of a versatile career to her credit, Hilary Duff has created an unforgettable profile as a singer, fashion designer, an author, entrepreneur and most importantly, an actress who made a smooth transition from child star to teen screen idol and now a beautiful grown woman who is a powerhouse of skills and talent. Below are some lesser-known facts about the screen sensation you have never heard of. 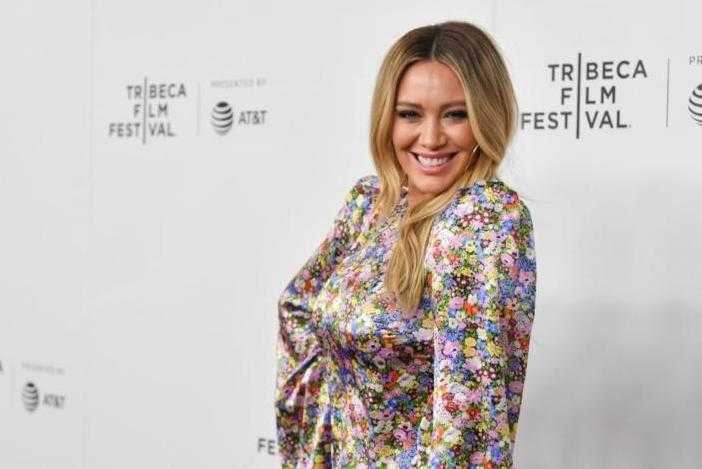 Disney is bringing back Hilary Duff for a "Lizzie McGuire" reboot

Lizzie McGuire is 13 going on 30. The beloved Disney Channel show is officially getting a reboot on the new streaming platform, Disney+ and yes, it will star the original Lizzie herself, Hilary Duff. In the words of the iconic character, "This is what dreams are made of." After news of the reboot was announced at the D23 Expo on Friday, Duff shared her excitement for the show on Instagram, along with nostalgic clips from the show. "SURPRISE!!! I've been trying to contain this excitement for a loooong time while this has been in the works!" she wrote. "I am beyond excited to be home again, back with my girl ... and into her 30's."

Duff said the new show will feature a 30-year-old McGuire, rather than the 13-year-old girl the world fell in love with. "Lizzie has also grown up, she's older, she's wiser, she has a much bigger shoe budget," Duff said from the stage Friday, Variety reported. "She has her dream job, the perfect life right now working as an apprentice to a fancy New York City decorator. " Duff said the character now has "the perfect man, who owns a fancy restaurant. She's getting ready to celebrate her 30th birthday." It's safe to say fans of the original show, which went off the air in 2004, are thrilled for the reboot.

Disney+ goes live in the U.S., Canada, and the Netherlands on November 12. It will be available in Australia and New Zealand the following week. Disney announced an array of new content at D23, including a "Star Wars" series starring Ewan McGregor as Obi-Wan Kenobi and another one called, "The Mandalorian," as well as a live-action remake of "Lady and the Tramp" starring Tessa Thompson and Justin Theroux. 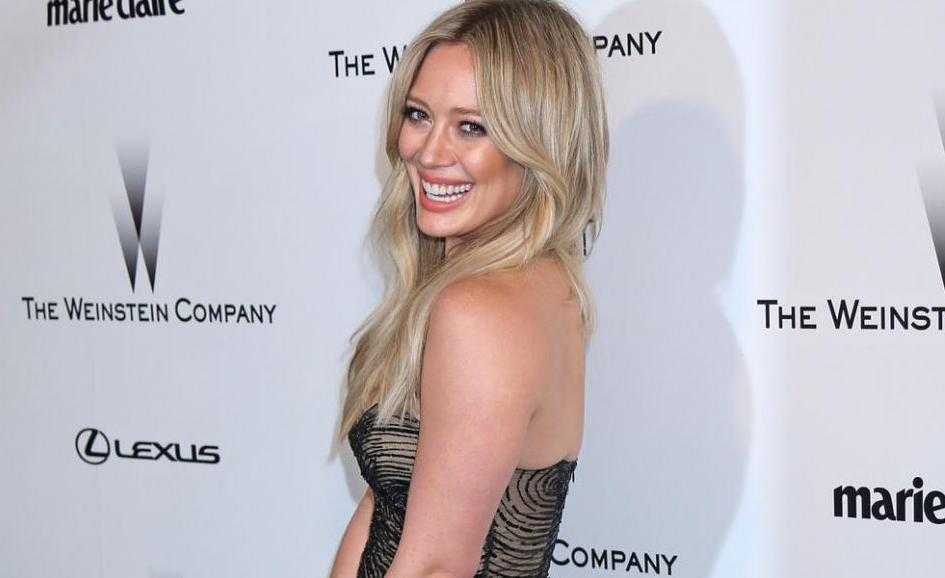 Where did Hilary Duff grow up?

Recalling her early life, Hilary Duff was born in Houston, Texas, United States. Her nationality is American and ethnicity is mixed (German, English, Scottish, Scots-Irish/Northern Irish, Welsh, French). Her mother’s name is Susan Colleen Duff and father’s name is Robert Duff. She has a sister, Haylie Duff. She began acting at a young age, starring in a production of The Nutcracker at age 8. She became labeled a teen idol as the title character in the Disney Channel comedy series Lizzie McGuire (2001–2004). 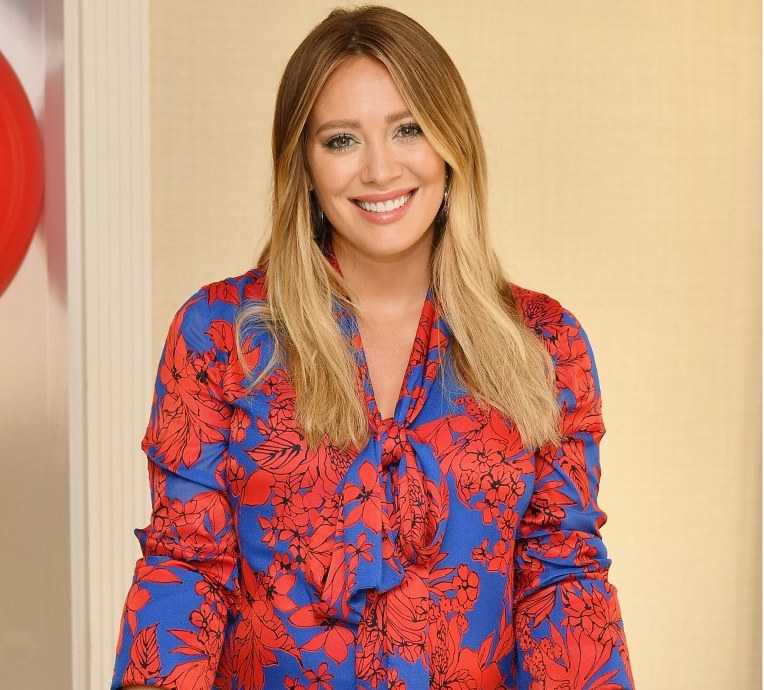 When did Hilary Duff pursue her career in Film Industry? 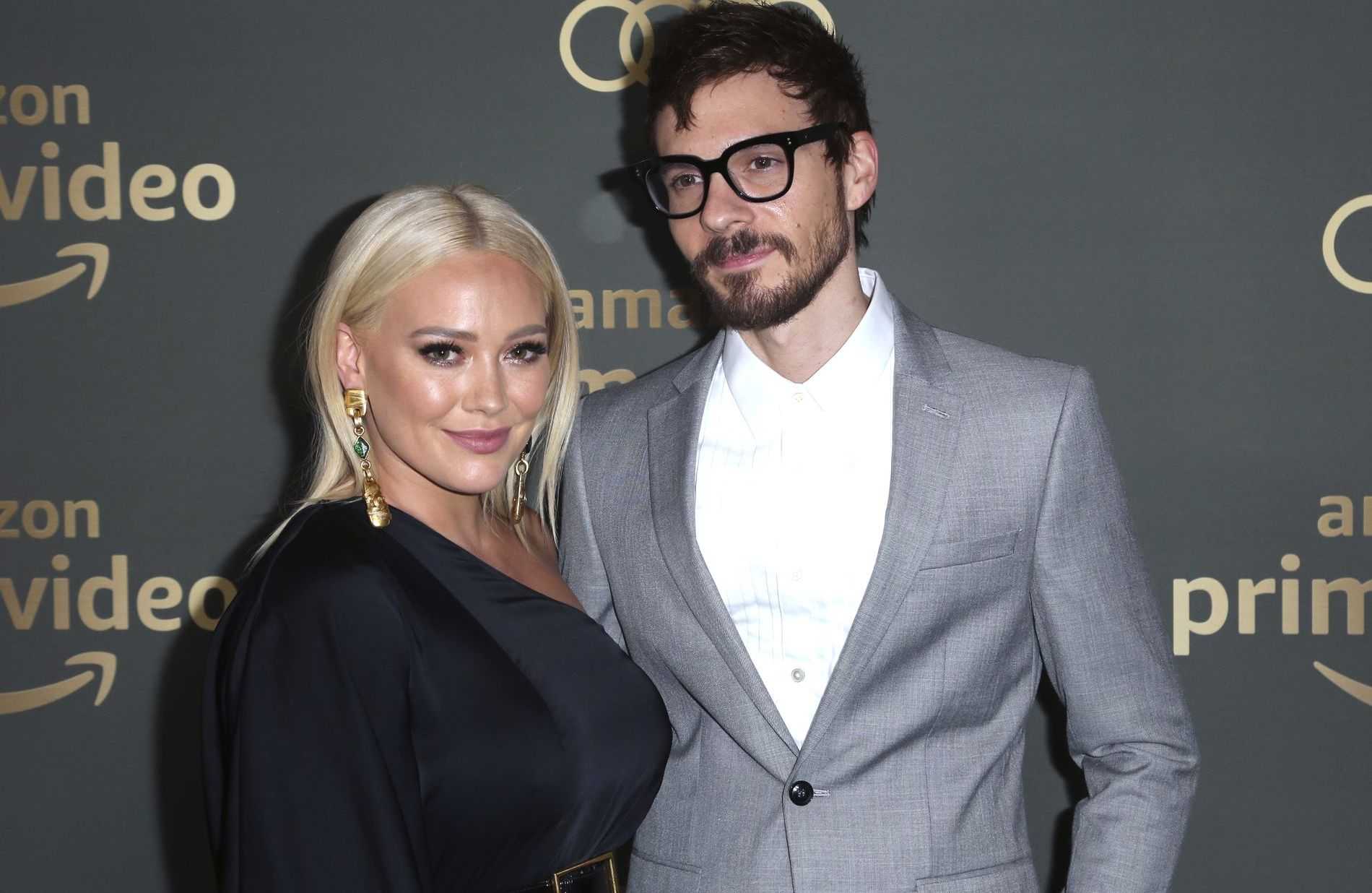 Who is Hilary Duff married to?

Moving towards her love life, Hilary’s love life has been a busy one and has seen a lot of the spotlight too. She has been in romantic entanglements with several men including Aaron Carter and Joel Madden but in the end, she tied the knot with Mike Comrie in August 2010. In 2011, she announced the imminent arrival of her baby and on March 20 in 2012, the couple welcomed their son Luca Cruz Comrie. Unfortunately, Hilary and Mike got an amicable divorce which was finalized in February 2016.

Following her split from Comrie, Duff dated personal trainer Jason Walsh from August 2015 until November 2016. Duff has been in a relationship with Matthew Koma since January 2017. They announced she was pregnant with their first child together, a girl on June 8, 2018. In October 2018, Duff delivered their daughter, Banks Violet Bair, via a home water birth. Duff and Koma then became engaged in May 2019. 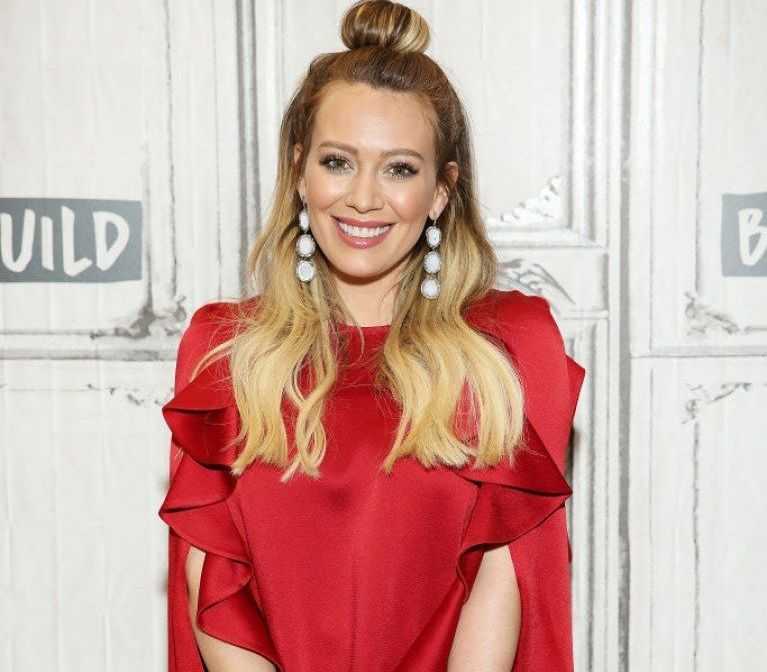 How much does Hilary Duff earn?

Her film and TV exploits as a child star and teen idol grossed millions and it’s absolutely safe to say the actress got a lot of fat cheques on payday. She has countless hit films and series under her belt and so far, she has accrued an estimated net worth of $26 Million at present. However, her salary is yet to be disclosed.

How tall is Hillary Duff?

Observing her body physics, Hilary has a height of 5 feet 2 inches. Her body weighs 55kg. She has light brown eyes and dyed blonde hair. Furthermore, her body measurements are 34-27-34 inches. Her bra size is 32B, shoe size is 6 (US) and dress size is 8 (US).

Trivias About Hilary Duff You Need To Know.