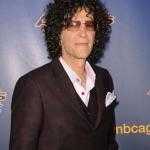 Howard Allan Stern, popularly known as Howard Stern is an American radio and television personality, producer, author, actor, and photographer. He is best known for his radio show, The Howard Stern Show.

What is Howard Stern Famous For?

- Described as King of All Media. 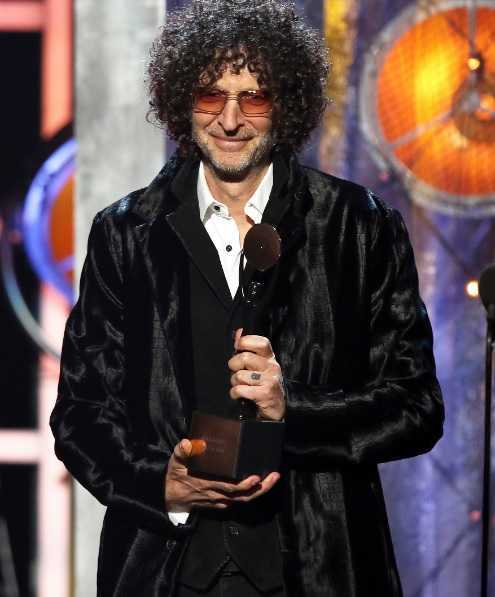 Where was Howard Stern Born?

Howard Stern was born on 12 January 1954. His birth name is Howard Allan Stern. He was born to a father Benjamin Stern, and a mother, Ray Stern. His birth place is in Queens, New York City in the United States. He holds American nationality. His zodiac sign is Capricorn. He is the second child. He has an older sister, Ellen. His parents are of Polish and Austrian-Hungarian descent. His religion is Judaism. The family moved to Roosevelt, New York on Long Island in 1955.

He attended Washington-Rose Elementary School and Roosevelt Junior-Senior High School. He also attended Hebrew School, where he was given the name Tzvi.

He formed a band with two of his school friends, the Electric Comicbook. He spent his summers at Camp Wel-Met from the age of nine to his second year at university.

His father set up a microphone, tape machine, and turntable in the basement of his home. Stern used to record his make-believe radio shows, incorporating different characters and pre-recorded prank calls, sketches, and commercials. He has also visited his father's recording studio several times.

He started working at the campus radio station WTBU in his second year. He played records, read the news, and hosted interview programs.

He landed his first professional radio job at WNTN in Newton, Massachusetts from August to December 1975.

He became the station's production director at WRNW until 1977. He became program director. He then started working at WCCC in Hartford, Connecticut in 1979.

He then worked at WWWW in Detroit, Michigan starting on April 1980.

His efforts paid off with his first industry recognition. He won a Billboard Award for Album-Oriented Rock Personality of the Year For a Major Market.

He left the WWWW after the station declined in ratings.

He declined to work at WXRT in Chicago and CHUM in Toronto.

He then worked at WWDC in Washington, D.C.

He had also signed with WXRK in October 1985. During his twenty years a WXRK, his show was syndicated in 60 markets across North America and gained a peak audience of 20 million listeners.

His first venture into television started when the Fox network sought a replacement for The Late Show. Fox decided not to pick it up.

His rise in popularity as a radio figure and television figure led to the first instance of his self-proclaimed title, "King of All Media" in 1992.

He became the first to have the number one morning radio show in the New York and Los Angeles markets simultaneously in 1992.

He started hosting The Howard Stern "Interview" in November 1992.

He released his first book, Private parts in October 1993.

He was awarded Billboard's Nationally Syndicated Air Personality of the Year each year from 1994 to 2002.

He announced his candidacy for Governor of New York in March 1994. He won the required two-thirds majority on the first ballot but withdrew his candidacy in August 1994.

He founded the Howard Stern Production Company for "original film and television production enterprises as well as joint production and development ventures" in 1994.

He released his second book, Miss America in November 1995.

A film adaptation of his book, Private Parts was released in March 1997.

The soundtrack, Private Parts: The Album was released in 1997.

He filed a $1.5 million lawsuit against Ministry of Film Inc. in October 1997 claiming the studio recruited him for a film called Jane. The lawsuit was settled in 1999 and he received $50,000.

He returned to Saturday night television in August 1998. He hosted The Howard Stern Radio Show on Fox. The show ended after 3 seasons.

His first shoots were among taking layouts for Hamptons magazine in July 2011.

He established a photography company Conlon Road Photography in 2011.

He returned to television in 2011 as a replacement for Piers Morgan as a judge on America's Got Talent for its 7th season. He remained the judge on the show for 8th, 9th, and 10th season.

He was inducted into the National Radio Hall of Fame in 2012.

He was the highest paid media personality in 2015.

His third book, Howard Stern Comes Again will be released in May 2019.

The Federal Communications Commission (FCC) fined the owners of radio station licensees that carried The Howard Stern Show a total of $2.5 million between 1990 and 2004 for content it considered to be indecent.

Who is Howard Stern Married to?

Howard Stern first married Alison Berns. They first met at Boston University. The couple got married on 4 June 1978. The couple shares 3 daughters together, Emily Beth, Debra Jennifer, and Ashley Jade. They separated in 1999 and their divorce was finalized in 2001.

He then dated Angie Everhart and Robin Givens before marrying television host Beth Ostrosky. They started dating in 2000 and got engaged in 2007. The couple later got married on 3 October 2008.

He lives in Manhattan, New York City. He also has a residence in Southampton, New York and Palm Beach, Florida.

He revealed in his second book, Miss America that he suffered from obsessive-compulsive disorder. He revealed in Staff Revelations Game in January 2006 that he underwent rhinoplasty and had liposuction under his chin in the 1990s.

He is a supporter and fundraiser for North Shore Animal League America.

What are Howard Stern Body Measurements?

What is Howard Stern Net Worth?

Howard Stern has been described as King of All Media. He is one of the successful media personality. He has earned his fortune from his career in the entertainment industry, mostly in radio. As of 2019, his net worth is estimated at $650 million.