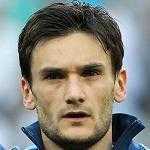 One of the French professional footballer who plays as a goalkeeper and is the captain of both English club Tottenham Hotspur and the French national team is Hugo Lloris. He is described as a sweeper-keeper in the media. He is a three-time winner of the ‘National Union of Professional Footballers (UNFP) Ligue 1 Goalkeeper of the Year’ award.

Lloris captained the national team for the first time in 2010. He became the first-choice captain on 28 February 2012. He led France into the quarter-finals of both Euro 2012 and the 2014 FIFA World Cup, runners-up at Euro 2016 and winners at the 2018 FIFA World Cup.

Hugo Lloris was born on 26 December 1986 in the Mediterranean city of Nice, France. His mother name was Marie Lloris who was a lawyer and his father name is Luc Lloris who was a Monte Carlo-based banker of Catalan descent. He has a younger brother named Gautier who currently plays as a central defender for club OGC Nice. His mother died in 2008, while he was playing for Nice. He gained national respect for his refusal of a bereavement leave offer from the manager, instead requested to play in a league match for Nice. He performed admirably in the match despite the circumstances.

Lloris height is 1.88 m and weight is 78 kg. He has dark brown eyes and black color hair. Overall he has a balanced and healthy body.

Lloris is the married man. He married his longtime girlfriend named Marine Lloris in 2012. The couple has two daughters named Anna Rose Lloris and Giuliana Lloris.

Lloris’s net worth is estimated to be $30 million.