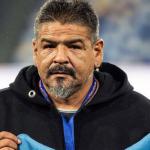 What is Hugo Maradona famous for? 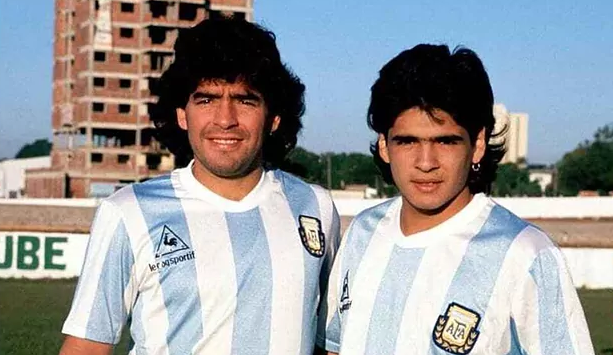 Where is Hugo Maradona from?

Hugo Hernan Maradona was born on 9 May 1969. His birthplace is Lanus, Argentina. He was born to his father Diego Maradona "Chitoro" (1927-2015), who worked at a chemicals factory, was of Guarani (Indigenous) and Galician (Spanish) descent, and his mother Dalma Salvadora Franco, "Dona Tota" (1930-2011), was of Italian descent. He was the youngest sibling of brothers Diego Maradona and Raul Maradona and five sisters: Maria Rosa Maradona, Rita Maradona, Ana Maria Maradona, Elsa Maradona, and Claudia Maradona. He holds Argentine nationality. He belongs to mixed ethnicity. His religion is Christianity. His horoscope sign is Taurus.

Hugo Maradona was a married man. He got married to his wife Paola Morra with whom he had three children. He was always silent regarding his personal life. He never talked much regarding his private life in the media and public.

Hugo Maradona stands at a height of 1.65m i.e. 5 feet and 5 inches tall. He has an athletic body build. He has a bodyweight of 69kg. His eye color and hair color are black. His sexual orientation is straight.

Hugo Maradona Cause of Death

Hugo Maradona was a retired professional footballer who had played for clubs like Argentinos Juniors, Ascoli, Rayo Vallecano, Rapid Vienna, Deportivo Italia, Progreso, PJM Futures, Avispa Fukuoka, Consadole Sapporo, and Toronto Italia. He has earned from his professional career as a football player and coach. His income was from contracts, salaries, bonuses, and endorsements. As of 2021, his estimated net worth was around $1 million-$10 million.