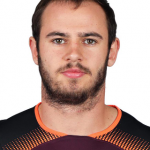 Hunter Renfrow is an American footballer who is currently playing for the Las Vegas Raiders of the National Football League (NFL). His playing position is wide receiver. He played college football at Clemson. He was drafted by the Oakland Raiders with the 149th overall pick in the fifth round of the 2019 NFL Draft, the 17th of 28 wide receivers, one of three Clemson players taken by the Raiders, and the only offensive player drafted from the National Championship team. On June 10, 2022, he signed a two-year, $32 million contract extension with the Las Vegas Raiders.

Where is Hunter Renfrow From?

Born on December 21, 1995, Hunter Renfrow is from Myrtle Beach, South Carolina, the USA. His born name is James Hunter Renfrow. He is American by nationality and his ethnicity is American-White. He is one of six children born to his mother, Suzanne, and his father, Tim Renfrow. His dad, Tim is one of eleven children. He alongside his brother, Jordan, graduated from Clemson. He is a Christian. Renfrow has said “We’re trying to win every game but at the end of the day, that’s ultimately what matters, what your relationship is with Christ. Whenever football is long and gone and 100 years from now, [God will] still be there and that’s kind of driven me.” His present age is 26 as of 2022. He attended Socastee High School in Myrtle Beach, South Carolina, where his dad was the football coach. He played quarterback for the team and he was rated by Rivals.com as a two-star recruit. Later, he enrolled at Clemson University and walked on to the Clemson Tigers football team. At that time, he was 5 feet 10 inches (1.78 m) and weighed only 155 pounds (70 kg). By 2015, when he had increased to 176 pounds (80 kg), he received a scholarship. He played in all 13 games as a redshirt freshman in 2015, making ten starts, and recording 492 yards and five touchdowns. He caught two touchdown passes in the 2016 College Football Playoff National Championship. He played in just nine games as a sophomore due to an injury in his 2016 season. Overall, he recorded 353 yards and caught four touchdown passes. In the 2017 College Football Playoff National Championship against the Alabama Crimson Tide, he caught the game-winning touchdown from quarterback Deshaun Watson with one second remaining in the game. He won the Burlsworth Trophy in 2018. In his final collegiate season in 2018, his receiving total declined slightly, as he recorded 49 receptions for 544 receiving yards and one receiving touchdown. 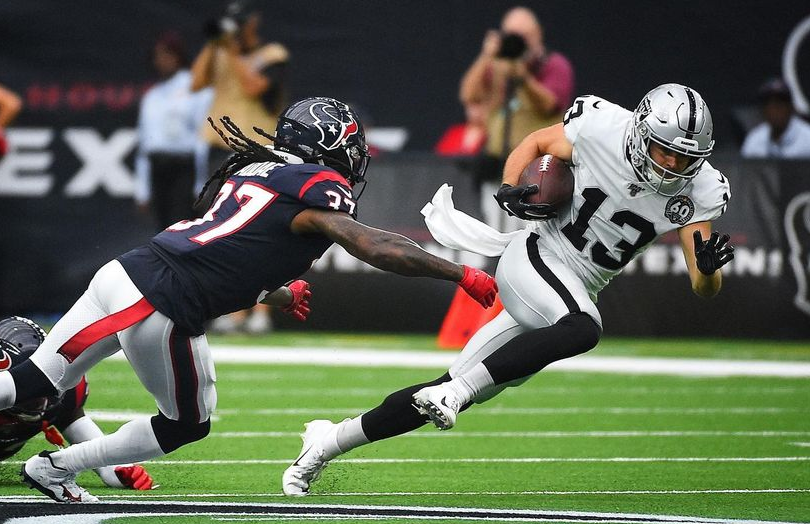 Who is Hunter Renfrow Wife?

Hunter Renfrow is a married man. He tied a knot with his high school sweetheart-turned-wife, Camilla, on 13th April 2019. Their wedding took place in DeBordieu, South Carolina. The duo is blessed with one daughter and the family is living a happy life at present. His sexual orientation is straight and he is not gay. 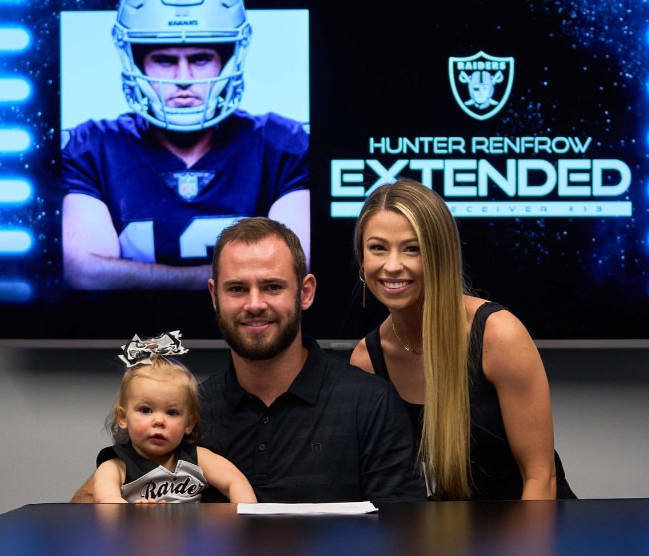 What is Hunter Renfrow's Net Worth?

Hunter Renfroe is an American NFL footballer who is playing as a wide receiver for Las Vegas Raiders. On June 10, 2022, Renfrow signed a two-year, $32 million contract extension with the Las Vegas Raiders, including $21 million guaranteed in the deal. He will keep him under contract through the 2024 season. As of 2022, the net worth of Hunter Renfrow is estimated to have between in the range of $1 Million - $5 Million. He is making his annual salary of $16,164,500 at present. He signed a brand endorsement with leading Sportswear brand Nike, before his 2019 NFL draft. He also has links with several other brands involving the likes of Nissan, GoNoodle, Subway, and Target. Previously, he was fined US$15,000 by the NFL on October 5, 2020, for attending a maskless charity event hosted by teammate Darren Waller during the COVID-19 pandemic in violation of the NFL's COVID-19 protocols for the 2020 season. His main source of wealth comes from his football career and he is living a lavish lifestyle at present.

How tall is Hunter Renfrow?

Handsome footballer, Hunter Renfrow stands tall at the height of 5 ft 10 in (1.78 m). His body weight consists of 185 lb (84 kg). His body type is athletic and he maintains his body a lot by doing frequent exercise. He has a pair of light brown eyes and his hair color is black. He has a charming smile with a sweet smile.

Trivias About Hunter Renfrow You Need To Know.