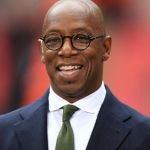 Ian Wright made his name playing for some of England's biggest football teams, including Crystal Palace and Arsenal. But his success wasn't just limited to the pitch, he left the sport behind to present a variety of popular TV programs. His presenting career kicked off when he was a guest host on Top of the Pops before he was given his own chat show, Friday Night’s All Wright, interviewing celebs such as Elton John and Mariah Carey. Let's know more about the multi-talented retired soccer player nearly through this article. 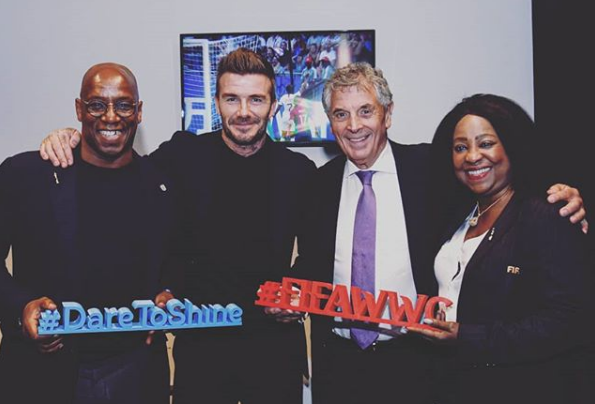 What is Ian Wright famous for?

How old is Ian Wright?

Recalling his early life, Wright was born in Woolwich, London, England as Ian Edward Wright in the year 1963. Currently, he aged 56 years old. He is British by nationality and belongs to English-Jamaican ethnicity. He is the third son of his parents who are Jamaican immigrants. His father, Herbert was absent from a young age, and he was brought up by his mother, Nesta, and an abusive stepfather. Information regarding his academic qualification is yet to be disclosed.

Reflecting on her personal life, Wright is rich in the relationship and married twice in his life. He was tied the knot in 2011 with Nancy Hallam, and the pair have two kids together, Lola and Roxanne. Previously, he was married to Debbie Martin in 1993. The pair have two children, Stacey and Bobbi-Lee.

While young, Wright adopted the son named Shaun of his then-girlfriend Sharon Phillips and had another child with her named Bradley. He also had a son named Brett with another girlfriend. Also, he has a daughter named Coco. Altogether, he has eight children with four women in his life.

What is Ian Wright's net worth?

Being a part of the sports industry since 1985, Wright earned a greater fortune and fame through his long dedicated as a soccer player, television and radio personality. Based on online reports, his estimated net worth said to be $20 million at present. With lots of skills and expertise in work, his net worth is increasing every year.

How tall is Ian Wright?

Observing his body statistics, Wright stands a height of 5 feet 9 inches and his weight is unknown. He has a pair of black eyes and black hair color. His other body information is yet to be disclosed. In the case of disclosed, we will let you know.

Trivias About Ian Wright You Need To Know.