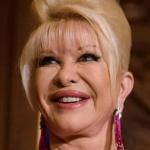 Ivana Trump is a famous Czech-American model and television personality who is best known as the ex-wife of Donald Trump, former President of the US, with whom she was part of New York City's social elite during the 1980s. Being the first wife of Trump who was just a millionaire businessman at the time, their divorce topic was the subject of extensive media coverage in the 1990s.

Apart from that, she is also a businesswoman, fashion designer, and author as she is the owner of her two companies, "Ivana Inc." and "Ivana Haute Couture". As an author, she has published famous books including, “The Best Is Yet to Come: Coping With Divorce and Enjoying Life Again”.

Her competitiveness is reflected from her very childhood as a skier to her present business ventures. However, Ivana doesn't hold any of the social media accounts at the moment.

What is Ivana Trump famous for? 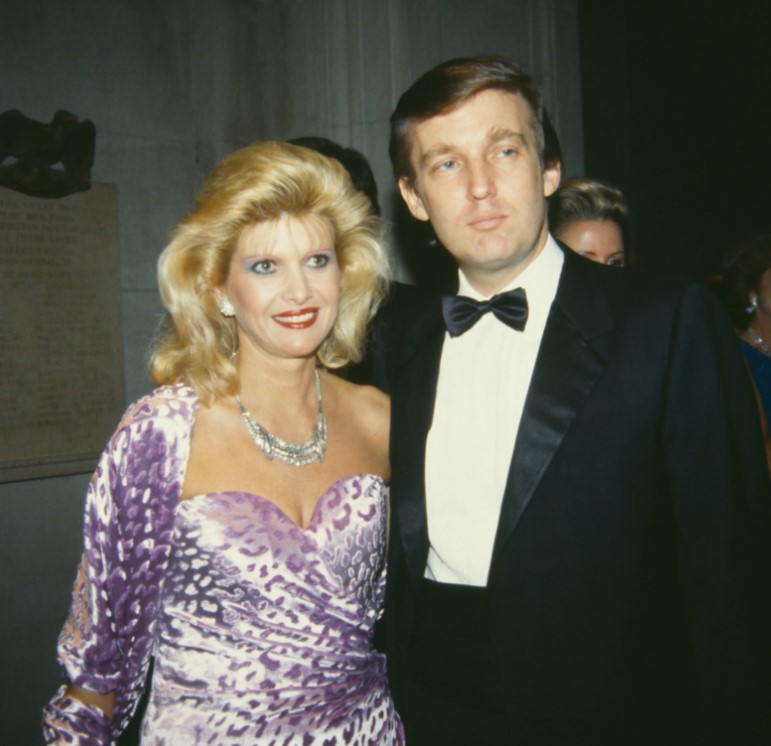 Where is Ivana Trump from?

Ivana Trump was born on February 20, 1949, in the Moravian city, Czechoslovakia. She was known to be the daughter of Miloš Zelníček, an electrical engineer whereas her mother Marie Zelníčková was a telephone operator.

Growing in the Czech Republic, she was of mixed ethnicity and her birth sign was Pisces. She was athletic from a very young age which was influenced by her father. She learned skiing at the age of 4 and joined the junior national ski team which provided her the opportunity to travel outside her city.

She graduated from  Charles University in Prague and was successful in earning a master’s degree in physical education in 1972.

The life and career of Ivana Trump 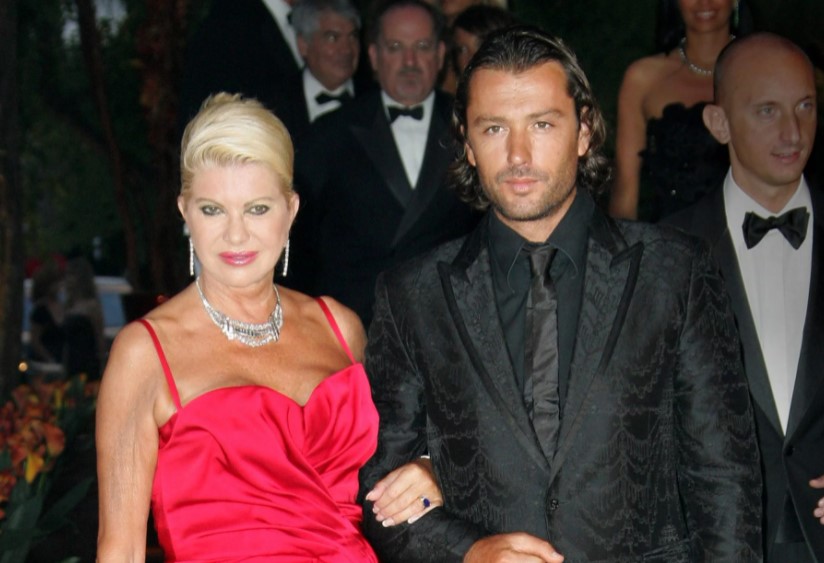 Was Ivana Trump married: Who was her Husband?

Ivana’s date with several men has made her love life interesting. Her first date was Alfred Winklmayr, an Austrian ski instructor with whom she got married in 1971 to obtain Austrian citizenship. But the following year she got divorced from him.

After her divorced, she was seen to be dating the lyricist and playwright George Steidl who was killed in a car accident in 1973.

She again went back to live with George Syrovatka in Canada, who was her date since 1967.

On April 7, 1977, Ivana got married to the then president of the USA, Donald Trump. They were quite famous couples and have worked together on projects such as the Trump Tower on Fifth Avenue in Manhattan, the renovation of the Grand Hyatt Hotel in New York City, and the construction of the Trump Taj Mahal Casino Resort in Atlantic City, New Jersey.

Ivana’s relationship with Trump started deteriorating when she encountered Donald Trump's mistress Marla Maples. The couple was on the verge of divorce when Donald trump’s father died in 1990, but she still stood by his side. Since their divorce was a matter of public interest, several headlines were published in New York tabloid newspapers.

She often claimed that her relationship with trump was violent .she accused Donald trump of rape and physical violence and hence the 14 years old marriage got divorced in 1990.  Ivana's divorce settlement included $14 million, a 45-room Connecticut mansion, an apartment in the Trump Plaza, and the use of Mar-a-Lago for one month a year.

Ivana had her third marriage to Riccardo Mazzucchelli, an Italian entrepreneur and international businessman in November 1995. But they divorced within two years of their marriage.

She again began dating with Italian aristocrat Count Roffredo Gaetani dell’Aquila d’Aragona Lovatelli from 1997 to 2005 till his death.

Her last and fourth marriage was to Italian actor and model Rossano Rubicondi on April 12, 2008, which was hosted by her ex-husband Donald Trump and her daughter Ivanka trump was her maid on the floor. This marriage didn’t last long but their on and off relationship continued till 2019. 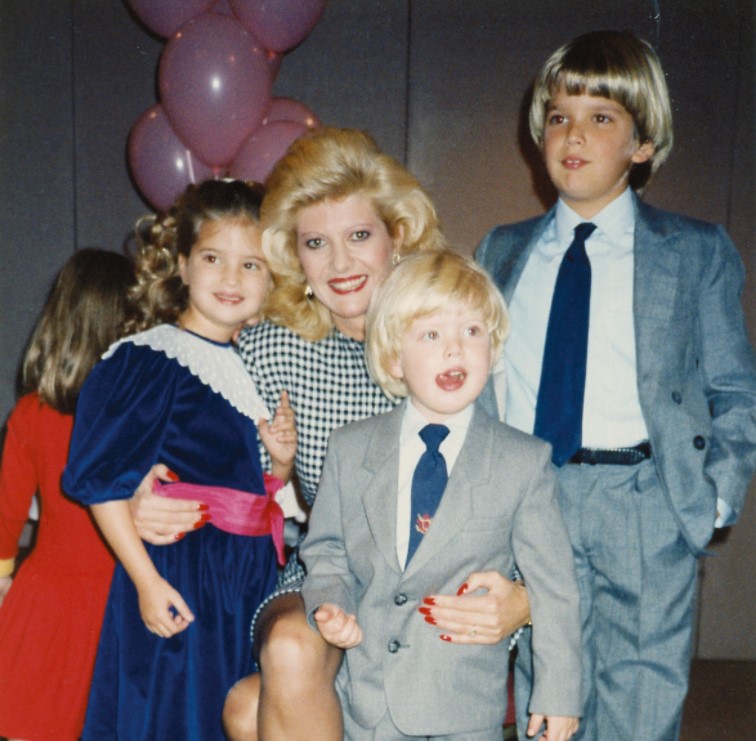 What was Ivana Trump’s Net worth?

Having established her two companies, she has managed to grow her business in a large empire in the fashion industry very smoothly. Her career which started as a ski instructor reached the top with her passion for her work garnering her millions of worth even enlisting her to be one of the richest women entrepreneurs.

Ivana was reported to have a net worth of approximately $100 Million at the time of her death.

She also earned as an author and published many books her relationship with Donald Trump is also a reason for her high net worth as she was given $25 million in cash plus their mansion in Greenwich, Connecticut for her divorce settlement.

She was also given the option of a $22 million cash payment for a new house in the Greenwich house. Likewise, she was awarded $650,000 in annual child support until all three children reached the age of 18. Her sumptuous lifestyle can be seen on her Instagram fan page.

How tall is Ivana Trump?

Since she was a model and fashion influencer in her early days, she had an attractive personality and body physique. She had an average height of 5 Feet 11 Inches and her body weight was 57kg or 127 lbs.  She was a fitness freak having her body measurement 34-28-38 inches. This magnificent woman is in her early 70s now and had beautiful brown eyes and blonde hair.

How did Ivana Trump die?

Ivana Trump died at her home in the borough of Manhattan in New York City after being found unconscious and unresponsive at the bottom of a staircase on 14th July 2022. As per Page Six, Ivana died due to cardiac arrest. The outlet reports that the police were dispatched to the Upper East Side apartment at 12:40 p.m. ET and after reaching there she was pronounced dead. Her death was announced by ex-husband Donald Trump on the Truth Social app, posting: "I am very saddened to inform all of those that loved her, of which there are many, that Ivana Trump has passed away at her home in New York City. She was a wonderful, beautiful, and amazing woman, who led a great and inspirational life. Her pride and joy were her three children, Donald Jr., Ivanka, and Eric. She was so proud of them, as we were all so proud of her. Rest in peace, Ivana!" Besides this, a number of politicians and celebrities posted condolences on social media, including former New York City mayor Rudy Giuliani; political commentators Paris Dennard and Kayleigh McEnany; actress Alana Stewart; Florida House representative Byron Donalds; political analyst Sebastian Gorka; RNC Chairperson Ronna McDaniel; political advisor Stephen Miller; and photographer Harry Benson. She was 73 at the time of her death.