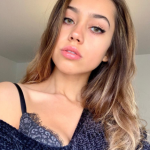 Ivanita Lomeli is an American Social Media Influencer, TikTok Star as well as a Fitness Guru who is famous for her relationship with YouTube star, Lucas Dobre. She became active on social media in 2017 and posted her first modeling shots to Instagram in September of 2017. She posted a picture with gymnast Demi Adriano on her Instagram in December of 2017. Today, she has more than 1 million followers on her Instagram account (@ivanitalomeli) and over 50 thousand followers on her Twitter account (@ivanita_lomeli). She created her YouTube channel in June 2018 and has accumulated more than 5 million subscribers. She is also active on the TikTok account (@ivanitaalomeli) where she has more than 7.7 million followers and more than 80 Million likes.

What is Ivanita Lomeli Famous For? 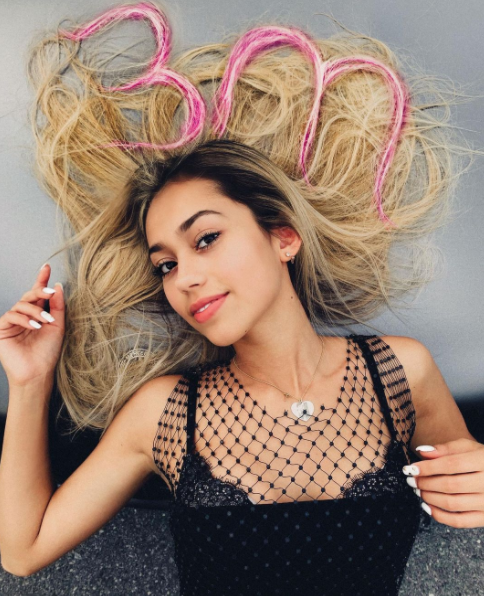 What is Ivanita Lomeli Real Name? Know About Her Age, Nationality, and Family

Ivanita Lomeli was born on 25th October 1997 in Virginia, the USA. Thus, she holds American nationality. Her real name is Ivonne Ivanita. Scorpio is his Zodiac sign as per her birth date. She grew up with her siblings; Sammi Lomeli (Younger Sister) and also she has an older brother. After she bought her brother a black Chevrolet pick-up truck in November 2018, Ivanita also bought her sister a neon green Lamborghini for her birthday, December 29, 2018. Her ethnicity is Mexican-White as she is of Mexican descent on both her maternal and paternal sides. She follows the Christianity religion. She celebrated her 24th birthday as of 2021. Her parents' name is still to get disclosed yet. Only the fact is known that her father is a businessman and her mother is a housewife. Both of her parents are from Tototlan, Jalisco, Mexico. Her mom's middle name is Estella. Ivanita bought her younger sister her dream pet, a dog named Cookie, in July 2018. Growing up, she wanted to be a princess.

About her educational background, Ivanita studied at a Local High School in Virginia. Up until the 11th grade, Ivanita played the flute.

Ivanita Lomeli Personal Life: Who Is She Dating?

Ivanita Lomeli is a young lady who is unmarried yet. But she is not single as well. She is currently in a beautiful and happy relationship with her boyfriend. She is dating her partner whose name goes by Lucas Dobre. By profession, Lucas Dobre is a YouTuber. The duo has been together since 2015. Today, they are enjoying their life a lot without any disturbances. Back in February 2018, Lomeli asked Lucas if he would be her Valentine. In the following month, Lucas confirmed that they were dating. They have since appeared multiple times in each other’s videos. Her sexual orientation is straight. She is currently residing in Los Angeles, California, the USA. 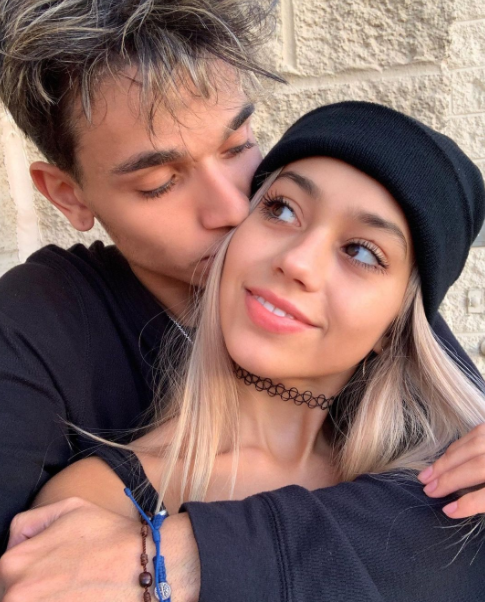 Previously, Ivanita Lomeli has been in a relationship with her ex-lover, Austin.

How much is Ivanita Lomeli Net Worth?

Ivanita Lomeli is a social media influencer, TikTok Star as well as a Fitness Guru whose net worth is estimated to have $300K as of 2021. Her main source of wealth comes from social media content. In addition, she has endorsed brands such as Boohoo and TikTok App. However, her exact salary is still to get revealed yet. She is living a cool lifestyle as of today. bought her dream car, 2019 Mercedes Benz GLC AMG 63s Coupe, in January 2019.

Ivanita Lomeli is a beautiful and gorgeous lady with a charming personality attracting a lot of followers towards her. She has a slim body build and she stands tall at the perfect height of 5 feet 6 inches or 167.5 cm. Her balanced bodyweight consists of 50 Kg or 110 lbs. She has a blonde hair color whereas she had dyed her hair to pink and light brown previously. Ivanita has a pair of dark brown eyes. She has a dimpled smile. Her body measurement figure is 33-26-35 inches. Her workout partner is Madeline Damskey, Darius Dobre's girlfriend. Ivanita wore braces in the past but not because she needed them. She only wanted to change her look. She is also a fitness freak and she maintained her body a lot.

Trivias About Ivanita Lomeli You Need To Know.