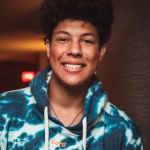 Jackson Mahomes is an American social media personality, YouTuber, TikToker, content creator, and basketball player who is famous for being the younger brother of Patrick Lavon Mahomes II, an American football quarterback. He also gained huge fame and success like his brother at a young age. He has also made a video of him scoring three-pointers from various parts of a half-sized backyard basketball court. He then became famous in the social media world after he started posting videos on Tik Tok which he joined in the year 2018. He grabbed the attention of many people by making Tik Tok videos during the match of Kansas City Chief’s Super Bowl. Further, he shared a video with his brother, Patrick Mahomes after his brother's team won the game. Further, he also has his own YouTube channel where he uploads videos on how TikTok helped him to make his own identity. He has gained more than 255K followers on his Instagram account (@instagram.com/jacksonmahomes) and more than 997K followers on his TikTok account (@jacksonmahomes). He has more than 24.7K subscribers on his YouTube channel entitled 'Jackson Mahomes'.

SoT, a cocktail bar on Grand Boulevard in Kansas City, has responded to Jackson Mahomes, brother of Kansas City Chiefs quarterback Patrick Mahomes, after a now-deleted social media rant against the bar. Jackson Mahomes wrote "unbothered" on Instagram just a few hours after SoT blasted the influencer in a Facebook post on Thursday. The Kansas City establishment accused Mahomes of trying to "crush" its business with a negative social media review - after it claimed Mahomes "lashed out" at an employee when SoT couldn't seat him and his group in the small space. SoT, in a second Facebook post on Thursday, expressed regret over its initial post about the situation. "Social media can be used in so many different ways, & yesterday our team used it to personally attack and question the character of someone we do not know personally," the bar said in a statement on its official Facebook page. "Out of all the ways this situation could have been handled, we did it the wrong way". The bar continued, "We want everyone to know that we acknowledge our shortcomings in this situation, and even though we failed to meet our own–and we’re sure many of our followers's–expectations with our social media presence yesterday, we promise to do better".

What is Jackson Mahomes Famous For? 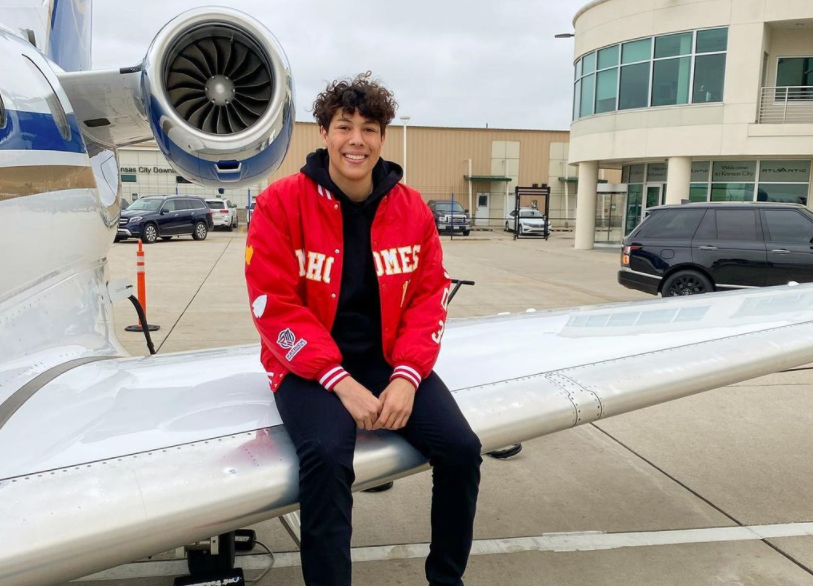 What are the Parents of Jackson Mahomes? Details About His Ethnicity, Siblings, and Education

Jackson Mahomes took birth on 15th May 2000. He is from Texas, the USA. Thus, he holds American nationality. He belongs to a Mixed ethnic background i.e White and Black as he is of African-American descent on his father’s side and has English, German, Scottish, and Dutch ancestry on his mother’s side. About his parents, he was born to his father, Pat Mahomes who is a former professional baseball pitcher who has played with the Minnesota Twins, Boston Red Sox, New York Mets, Texas Rangers, Chicago Cubs, and Pittsburgh Pirates and his mother, Randi Martin. Also, he has two siblings, an older brother namely Patrick Lavon Mahomes II who is a football quarterback for the Kansas City Chiefs of the National Football League (NFL), and a sister namely Mia Bliss Mahomes. Taurus is his Zodiac sign and he follows the Christianity religion. He celebrated his 21st birthday as of 2021. 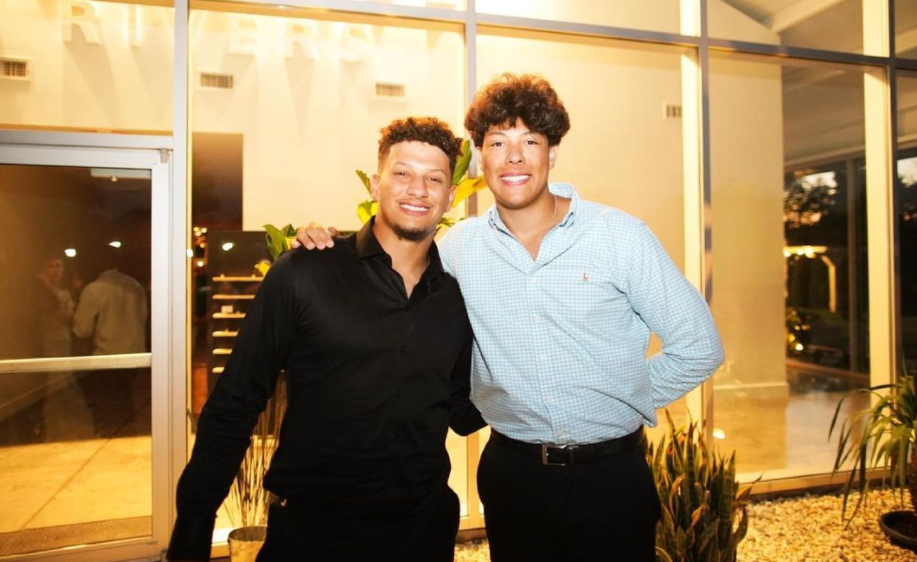 Jackson Mahomes Girlfriend: Who is he dating?

Jackson Mahomes is an unmarried man. He is assumed to be single at present as he keeps all his relationship details away from social media. It seems he is currently focusing on his career rather than being in a relationship. His sexual orientation is straight and he is not gay. Whereas he has a close relationship with social media stars including Charli D'Ameli and Dixie D'Amelio. Also, he has a crush on another TikTok star, Nessa Barrett.

Everything That You Need To Know About Charli D'Amelio

Jackson Mahomes Net Worth: How much is he making annually?

Jackson Mahomes is a TikTok star and social media personality who is making a cool amount of money from his career. As of 2021, the net worth of Jackson Mahomes is estimated to have $800K. His main source of wealth is from social media career. Also, he has a YouTube channel from where he is making a cool amount of money. Today, he is satisfied with his earnings and he is an independent guy. Thus, he requires no salary. Whereas his annual earning from his profession is still to get disclosed yet. Recently, he was featured in a commercial for State Farm along with his brother, Patrick. He enjoys sharing his lifestyle with his followers through various social media platforms. 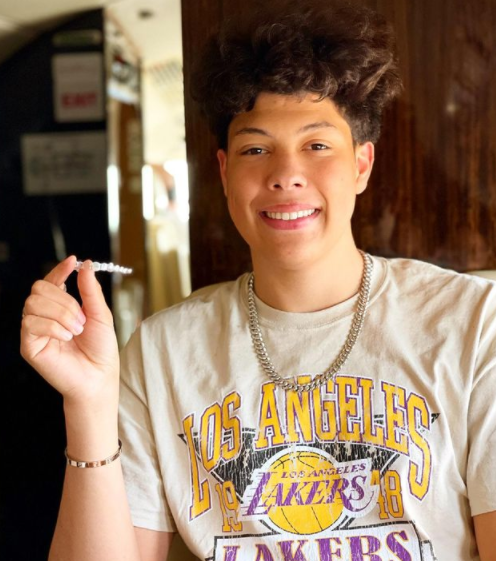 How tall is Jackson Mahomes?

Jackson Mahomes is a handsome and cool man with a tall standing height of 6 ft 4 in and his body weight measures 80 Kg. His body type is slim. He has a pair of dark brown eyes and his hair color is also dark brown. He has curly hair. His other body measurement is still to get unfolded yet. He is a fitness enthusiast guy who loves to spend hours in the gym to maintain his body. He has a muscular body type.