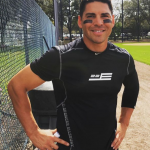 Jacoby Ellsbury is a free agent American professional baseball center fielder who previously played for the Boston Red Sox(2007-2013) and New York Yankees(2014-2017) in Major League Baseball(MLB). Ellsbury is also the first American Indian of Navajo descent to play Major League Baseball. Ellsbury was named "American League Comeback Player of the Year", "American League All-Star team", he even won a Gold Glove and a Silver Slugger Award, and became the first Red Sox player in history to be a member of the 30–30 club. Ellsbury couldn't play since 2017 because of his injuries.

What is Jacoby Ellsbury famous for? 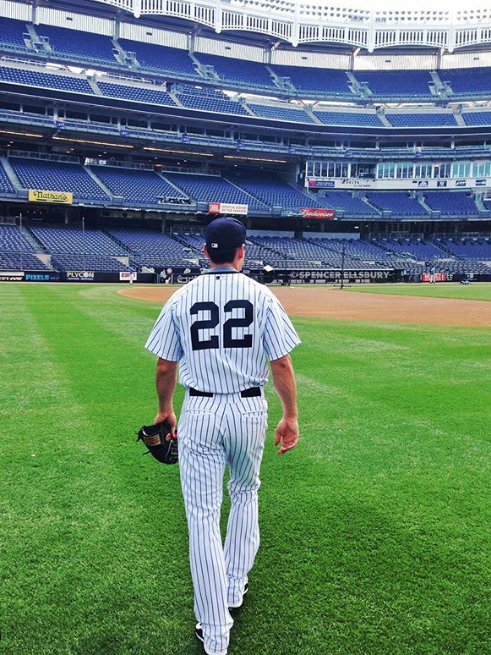 Where was Jacoby Ellsbury born?

Jacoby Ellsbury was born on September 11, 1983, in Madras, Oregon, United States. His birth name is Jacoby McCabe Ellsbury. His nationality is American. Ellsbury belongs to American-Indian ethnicity while Virgo is his zodiac sign.

Ellsbury is the eldest child born to Jim Ellsbury(father) and Margie Ellsbury(mother). His father was of English and German descent who worked as a forester for the "Bureau of Indian Affairs" while his mother was a Navajo who was a descendant of the 19th-century tribal leader Granado Mucho. Ellsbury was raised in the Mormon religion along with his three younger siblings.

Jacoby Ellsbury had an interest in playing sports since his childhood that he even played in the Little League with teammates three years older than him. Ellsbury attended Madras High School, where he lettered in five sports. He was also the fastest runner and best jumper among the siblings.

He finished his football career with nine interceptions and six kickoff returns for touchdowns. Later then, he went to Oregon State University where he was a Baseball America first-team All-American and Pac-10 Conference Co-Player of the year.

Ellsbury got his professional career started after he was drafted in the 1st round of the 2005 MLB draft by the Boston Red Sox.

Ellsbury kicked off his professional minor career with his debut match against the Lowell Spinners on July 14, 2005. He began his 2006 season with his ranking as the sixth-best prospect by Baseball America. He was named to the 2006 Carolina League All-Star team and then on July 12, 2006,

he was promoted to the Portland Sea Dogs of the Class AA Eastern League. He was even selected as the Minor League Defensive Player of the Year and Baserunner of the Year by the Red Sox.

Ellsbury made his MLB debut as a center field against Texas Rangers on June 30, 2007. He was named MLB's American League Rookie of the Month for September 2007. Ellsbury started in center field for Game 6 of the 2007 American League Championship Series (ALCS) against the Cleveland Indians.

He earned his first career championship title with the Red Sox after they won the World Series. Ellsbury was ranked the 13th-best prospect in baseball by Baseball America in the 2008 season.

Ellsbury had his first career multi-home run game against the Los Angeles Angels of Anaheim on April 22, 2008. He won Defensive Player of the Year in MLB.com's annual This Year in Baseball Awards 2009. On April 11, 2010, Ellsbury collided with one of the players resulting in hairline fractures to four of his left ribs. He couldn't play in further 2010 season.

He won his first Gold Glove Award and Silver Slugger Award and also was voted the American League Comeback Player of the Year. Ellsbury again suffered a compression fracture by fouling a ball off his right foot in a game against Orioles on Agust 28, 2013. On October 31, 2013, after Ellsbury's contract expired, he became a free agent for the first time in his career.

On December 7, 2013, he was signed officially to New York Yankees. Ellsbury played his first season with Yankees hitting 271 with 16 home runs and 39 stolen bases. On April 22, 2016, Ellsbury made a straight steal of home against Matt Moore which marked the first time a Yankee ever successfully stole home since Chris Young.

He marked the 100th home run of his career with a win over Orioles on April 28, 2017.  Ellsbury however again faced the injury and was listed in the injury list.

In 2018, Ellsbury had a right oblique strain and was diagnosed with a hip ailment and even had surgery to repair the torn labrum in his left hip and was declared out of the 2018 season.

Ellsbury began the 2019 season on the 10-day injured list due to a foot injury after which it was revealed that he was facing plantar fasciitis and a shoulder injury.

Who is Jacoby Ellsbury Married to? 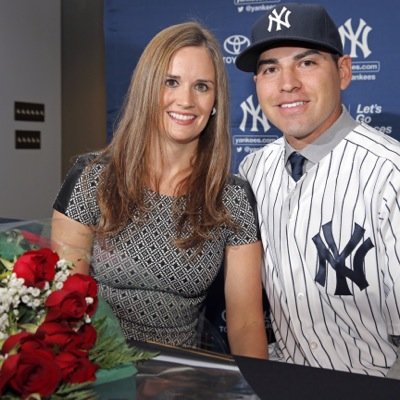 The baseball player, Jacoby Ellsbury is married to Kelsey Hawkins. The couple tied the knot in December 2012. The couple is blessed with two children.

He is happily living together with his family in Oregon.

He also was one of the victims of the $8 billion fraud perpetrated by wealth manager, Allen Standford. In the year 2010, he released a Zinfandel wine called ZinfandEllsbury through Charity Wines with 100% of its proceeds among different charities.

What is the Net Worth of Jacoby Ellsbury?

The Baseball player, Jacoby Ellsbury has an estimated net worth of $50 million as of 2019. He has been among baseball's highest-paid athletes for many years.

Although he hasn't played much in 2019, he has got around $21 million. Celebrity Net Worth also estimated that he made around $128 million in MLB as of 2018.

He was released by Yankees on 20th November 2019, however, The buyout is worth $21 million for his 2020 contract. At present, he is living a luxurious lifestyle.

How Tall is Jacoby Ellsbury?

The 36 years aged, Jacoby Ellsbury has a well-maintained athlete body. He stands with a height of 6ft 1 inch(1.85m) and a weight of 88kg.

He has black hair with brown eyes.