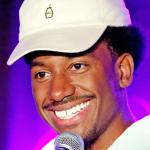 What is Jak Knight Famous For?

Where is Jak Knight From?

Jak Knight was born in 1994 in the United States. He grew up in Seattle, Washington. He hails from African-American ethnicity. He moved to Los Angeles to pursue a career in comedy and writing. There is not much information available about his family, relationships, education, and net worth.

Jak Knight started as a stand-up comedian. A young Jak used to perform at open mics in Hollywood Improv. He was named a 2014 Comedy Central Comic to Watch and 2015 New Face at the Montreal Just For Laugh Festival. A Hilarious comedian, he was also a talented writer. He was most famous for writing the Netflix series, Big Mouth from 2017 to 2021. He was a writer of several episodes of Big Mouth. He also voiced the character of DeVon in 27 episodes of Big Mouth. His 30-minute Netflix stand-up special aired as part of "The Comedy Lineup" series in 2018. He then wrote an episode of the sitcom, Black-ish as well as credited as executive story editor of several episodes of it.

How Did Jak Knight Die?

Comedian, writer, and actor Jak Knight tragically died at the age of 28 in Los Angeles. His family confirmed Knight's death to media outlets. However, the cause of the death of Jak Knight at an early age has not been disclosed yet.

Peacock, where he worked on the comedy series, Bust Down paid their tribute to Knight's passing. They wrote, "We are devastated by the passing of Jak Knight. He was a brilliant comedian, visionary, and artist and we were all lucky to experience his greatness. Our hearts are with Jak's family, friends, and community during this heartbreaking time."

Actor and comedian, Kumail Nanjiani also paid tribute to Knight via social media. He wrote, "Rest In Peace Jak Knight. Hilarious comedian and a great guy. I can't believe it."

Trivias About Jak Knight You Need To Know.