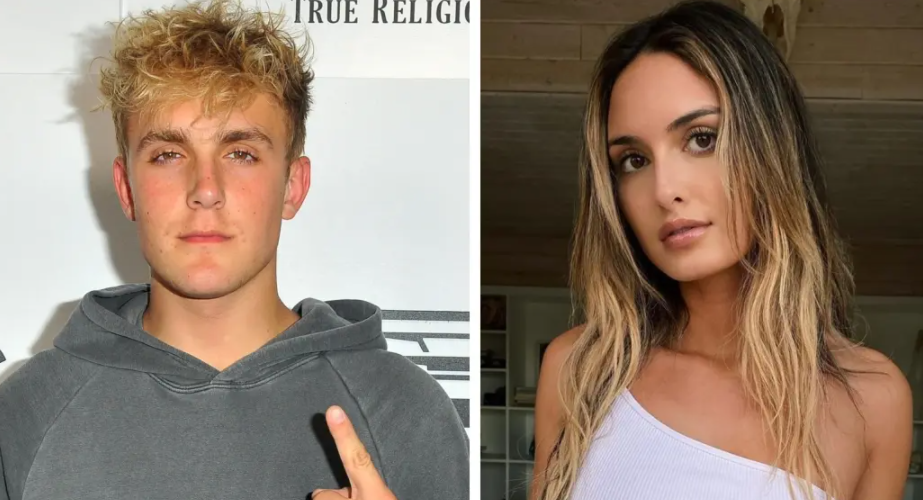 Jake Joseph Paul famed as Jake Paul is an American Actor, Singer, YouTuber, Internet Personality as well as a Professional Boxer. Initially, he rose to fame via the social site, "Vine" after he began posting videos. Then, he launched his YouTube channel on 15th May 2014. His channel is known for pranks, controversies, and features his rap music. He then gained popularity after he played the role of Dirk Mann on the Disney Channel series "Bizaardvark" for two seasons. On 22nd July 2017, during the middle of filming the second season of "Bizaardvark", the Disney Channel announced that Paul would be leaving the series. He later revealed in an interview with 'The Hollywood Reporter that he was actually fired from "Bizaardvark" by Disney, which wanted to expedite the process of weaning him off the show due to the KTLA segment. As a singer, he released the single titled "It's Everyday Bro", featuring Team 10, alongside the music video, on May 30, 2017. After then, he released several singles such as "Ohio Fried Chicken," "Jerika," "No Competition," "That Ain't on the News," "Litmas", "Malibu", "My Teachers", "Randy Savage", "Cartier Vision", "Champion", "I'm Single", "Fresh Outta London", and more. Jake Paul is also a boxer who made his debut match with his brother Logan Paul against KSI and his younger brother, Deji Olatunji. Whereas he recently won the fight against Tyron Woodley on 29th August 2021 via split decision as one judge scored the fight 77–75 for Woodley, while the other two judges scored it 77–75 and 78–74 in favor of Paul. 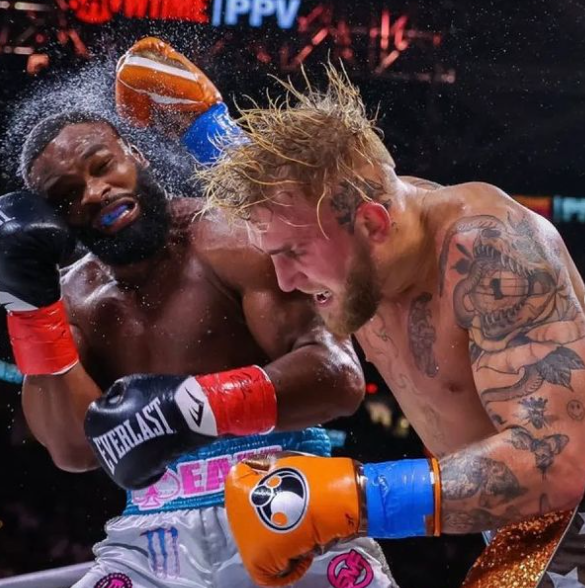 Julia Rose is an American Model, a Reality TV star, and Social Media Personality. She made her TV debut with turned MTV's "Are You the One" season 4. Moreover, she is also the founder of Shagmag, an online publication that features photos of popular Instagram models. In addition, she has guest-starred in many American television shows, such as Star Trek: Enterprise, Code Monkeys, and CSI: NY. She becomes viral during Game 5 of the 2019 World Series alongside Lauren Summer in October 2019. She posed nude and showed breasts in the middle of Game 5 of the World Series at Nationals Park in the game between the Washington Nationals and Houston Astros. Moreover, she is known for her hot and sexy lingerie pictures and for her almost naked pictures in her Instagram account @its_juliarose.

Are Jake Paul and His Girlfriend Julia Rose married?

Jake Paul and Julia Rose are not married yet. "We are not married but I see that coming for sure," Paul said. "I got her a nice promise ring/pre-engagement ring." "I plan on proposing sometime soon but we’ll see what happens," he said with a smile. "But yeah, we’re in love. It's pretty dope." Jake Paul has fueled engagement rumors after girlfriend Julia started using his last name on her social media profiles. Previously, the couple has an on-and-off relationship but Jake recently confirmed to be dating Julia again in July 2021. Jake and Julia's relationship came to the public after they were spotted together in Miami for his boxing match against British YouTuber AnEsonGib on 30th January 2020. Since January 2020, Paul and Julia are together. 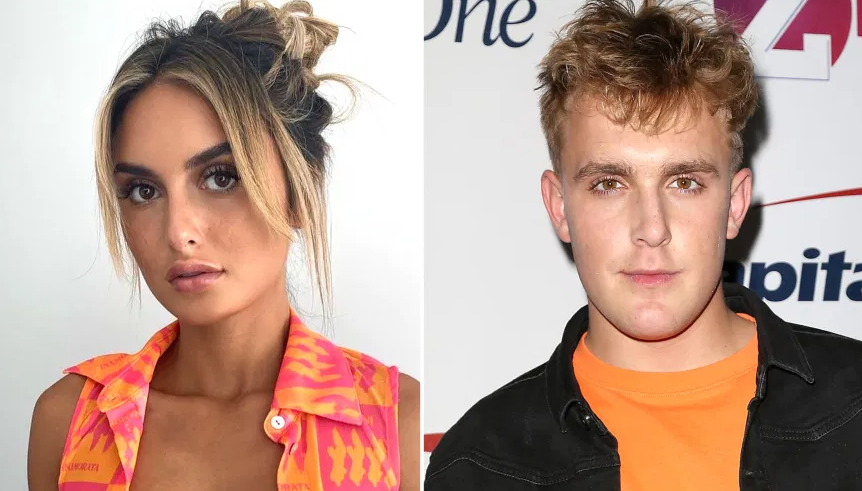 About Jake Paul's past affairs, rumors and relationship, he got engaged to his ex-girlfriend, Tana Mongeau on 24th June 2019. Jake proposed with a ring to Tana on her 21st birthday and gifted her a Mercedes. Nobody could really work out if the relationship was real or not. The pair were "dating" since April, but openly admitted it was to fuel the rumors and to get more views-a successful experiment since they both gained hundreds of thousands of subscribers. The couple has now called time on the relationship to focus on their own "crazy lives." He has also been in a deep relationship with Erika Costell and Alissa Violet. 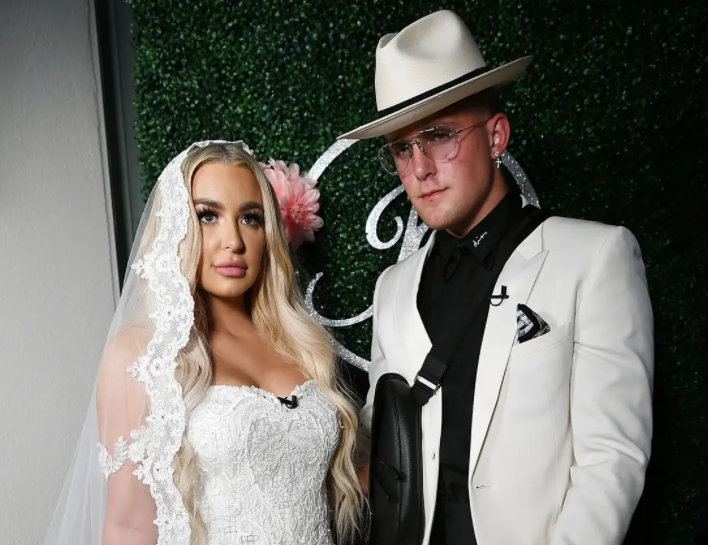 Is Julia Rose dating someone?

Julia Rose is an unmarried lady but she has dated quite a few popular men before. Moreover, she likes to keep her life secret rather than exposed it publicly. Her previous relationship was with Stephen McHugh, a reality star. They started dating when they were both in the show "Are You The One?" According to rumors, they have likely separated. Currently, her love life is with her boyfriend, Jake Paul, a popular personality better known as a prankster and a YouTuber. In July 2021, Jake Paul confirmed to be dating each other again after an on-and-off relationship but Julia has not spoken anything about her love life to the media. 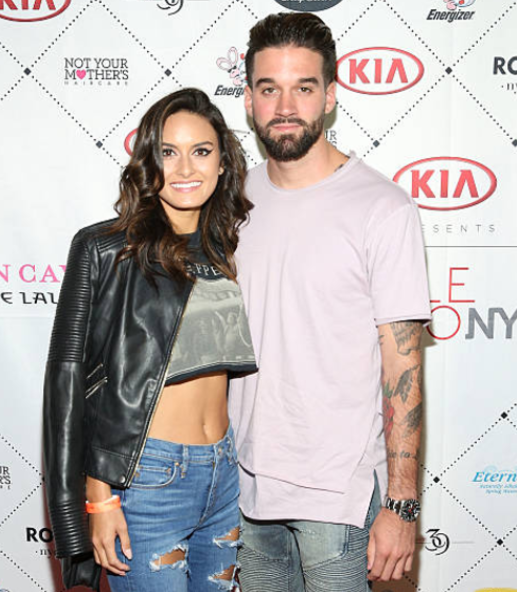 How much is Julia Rose Worth?

Julia Rose is a multi-talented reality TV personality and model who is best known for competing on the fourth season of MTV's "Are You the One?" Julia Rose has made a quite good amount of money by working in the field of the entertainment industry. As of 2021, the net worth of Julia Rose is estimated to have between $3 Million. But her exact salary, career earnings, annual income is still to get unfold yet as she has not stated anything about it to the media. She is also the founder and CEO of SHAGMAG. In 2018, she was one of the Sports Illustrated Swimsuits 2018 casting models. Before getting her big break on an MTV reality show, Rose was a bartender at Hooters and a few other locations in Austin, TX, and Los Angeles. Her major source of wealth comes from the entertainment industry and modeling career. She also earns from her brand endorsements and sponsors which boost her net worth. She makes a decent amount from her photoshoots and gets paid for her Instagram posts as well.