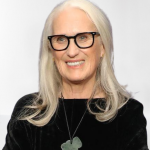 Dame Elizabeth Jane Campion, professionally known as Jane Campion is a New Zealand director, screenwriter, and producer. She is well recognized for being the first woman to be nominated twice for the Academy Award for Best Director. She is also the first female filmmaker to receive the Palme d'Or for "The Piano" (1993) which also won her the Academy Award for Best Original Screenplay. She is also known for directing the films "An Angel at My Table" (1990), "Holy Smoke!" (1998), and "Bright Star" (2009), as well co-creating the television series "Top of the Lake" (2013). Jane's feature debut, "Sweetie" (1989), won international awards. Her first film in a decade was announced, an adaptation of Thomas Savage's novel "The Power of the Dog" in 2019 which was written and directed by her and was released in 2021.

Why is Jane Campion famous?

What nationality is Jane Campion?

Jane Campion was born on 30th April 1954 with the real name of Dame Elizabeth Jane Campion in Wellington, New Zealand. She is of New Zealand nationality and she belongs to New Zealand-white ethnicity. Similarly, her religious belief is in the Christian religion and her race is white. Jane's present age is 67 which she celebrated back in 2021 and as per her birth date, her star sign is Taurus. She is the second daughter of Edith Campion (mother), an actress, writer, and heiress; and Richard M. Campion (father), a teacher, and theatre and opera director. She has two siblings named Anna Campion and Michael Campion.

Regarding Jane's education qualification, she graduated instead with a Bachelor of Arts in Anthropology from Victoria University of Wellington in 1975. Then in 1976, she enrolled in the Chelsea Art School in London and traveled throughout Europe. She earned a graduate diploma in visual arts (painting) from the Sydney College of the Arts at the University of Sydney in 1981. She began studying at the Australian Film, Television, and Radio School in 1981, where she made several more short films and graduated in 1984.

Jane Campion is a married woman. She tied a knot with her ex-husband Colin David Englert in 1992 who is an Australian who worked as a second unit director on "The Piano". Their first child, Jasper, was born in 1993 but lived for only 12 days. Their second child, Alice Englert, was born in 1994; she is an actress. However, the couple divorced in 2001. So as of now, we can assume that Jane is currently living a single life. Concerning her sexual orientation, she is straight.

What is Jane Campion worth?

Jane Campion is a versatile woman who has a net worth of $10 million as of 2022. She also earns a fine amount of salary which is also in thousands of dollars per year. She has a long road ahead of her and she definitely holds all the potential to make it big in the industry. Jane has not done endorsement work for any brands yet. In addition, her major source of income is from her director, screenwriter, and producer career.

How tall is Jane Campion?

Jane Campion is 5 feet and 8 inches tall and her body weighs around 65 kg. She has good-looking blonde hair and dark brown eyes color. Moreover, her body build type is slim.

Trivias About Jane Campion You Need To Know.