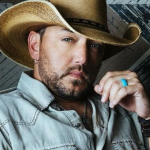 Jason Aldean is an American country music singer, songwriter, and record producer who has released ten albums and 40 singles. He started singing at the age of 14 after getting inspired by the Country Music Awards (CMA) on television. He released his first album by his own name "Jason Aldean" on July 26, 2005. The album has been certified platinum by the RIAA (Recording Industry Association of America). Out of the 11 singles, which the album consists of, 3 singles were able to make it to the Billboard Hot Country Songs list, viz. "Amarillo Sky" (No. 4), "Hicktown" (No. 10), and "Why" (No. 1). His 2010 album, My Kinda Party, is certified quadruple-platinum by the Recording Industry Association of America (RIAA). His 2012 album Night Train is certified double-platinum, while his 2005 self-titled debut, 2007 album Relentless, 2009 album Wide Open, and 2014 album Old Boots, New Dirt are all certified platinum. Aldean has received five Grammy Award nominations throughout his career, twice for Best Country Album. Some of his hit songs are "Why", "She's Country", "Big Green Tractor", "The Truth", "Don't You Wanna Stay" (a duet with Kelly Clarkson), "Dirt Road Anthem", "Fly Over States", "Take a Little Ride", "The Only Way I Know" (a collaboration with Luke Bryan and Eric Church), "Night Train", "When She Says Baby", "Burnin' It Down", "Just Gettin' Started", "Tonight Looks Good on You", "Lights Come On", "A Little More Summertime", "Any Ol' Barstool", "You Make It Easy", "Drowns the Whiskey" (a duet with Miranda Lambert), "Girl Like You", "Rearview Town", "Got What I Got", "Blame It on You", "If I Didn't Love You" (a duet with Carrie Underwood), and "Trouble With A Heartbreak". The road band of Jason consists of the members – Rich Redmond, Tully Kennedy, Kurt Allison, Jay Jackson, and Jack Sizemore. He made his film debut in Sweet Vengeance for his role as Daniel. He appeared in the reality TV series Born to Drive as a special guest in season 1 and part 3 of the show, dated November 16, 2011.

What is Jason Aldean Famous For?

Who are Jason Aldean's Parents?

Jason Aldean was born on February 28, 1977, in Macon, Georgia, USA. His nationality is American and his ethnicity is Mixed as he is of English/Welsh descent. His birth name is Jason Aldine Williams. He celebrated his 45th birthday as of 2022. His parents; Barry Aldean (father) and Debbie Aldean (mother) separated when he was three.  He was raised by his mother in Macon, and during the summer he spent time with his father in Homestead, Florida. Before his father went to his work, he would map out guitar chords on notebook paper to show his son where to place his fingers to play the chords, and Jason would sit and practice all day while his dad was at work. When his dad got home, he got out his own guitar and they played together. Soon he could play a song after hearing it only a few times. His early favorites included George Strait's "The Cowboy Rides Away", Hank Williams Jr.'s "The Blues Man", and Alabama's "My Home's in Alabama". From age 14, after watching the country-music awards on television, he wanted to perform on stage. With his mother's help, he performed at the local VFW hall in Macon. He sang John Anderson's song "Seminole Wind" and Tracy Lawrence's "Sticks and Stones". He went to high school at Windsor Academy and soon after completing of higher-level education he went to his musical career.

Who is Jason Aldean's Wife?

Jason Aldean is a married man. He is married to his beautiful girlfriend-turned-wife, Brittany Kerr on 21st March 2015. Their son, Memphis was born on December 1, 2017. Their daughter, Navy Rome was born on February 4, 2019. Today, the happily married couple is enjoying their life a lot. His sexual orientation is straight. 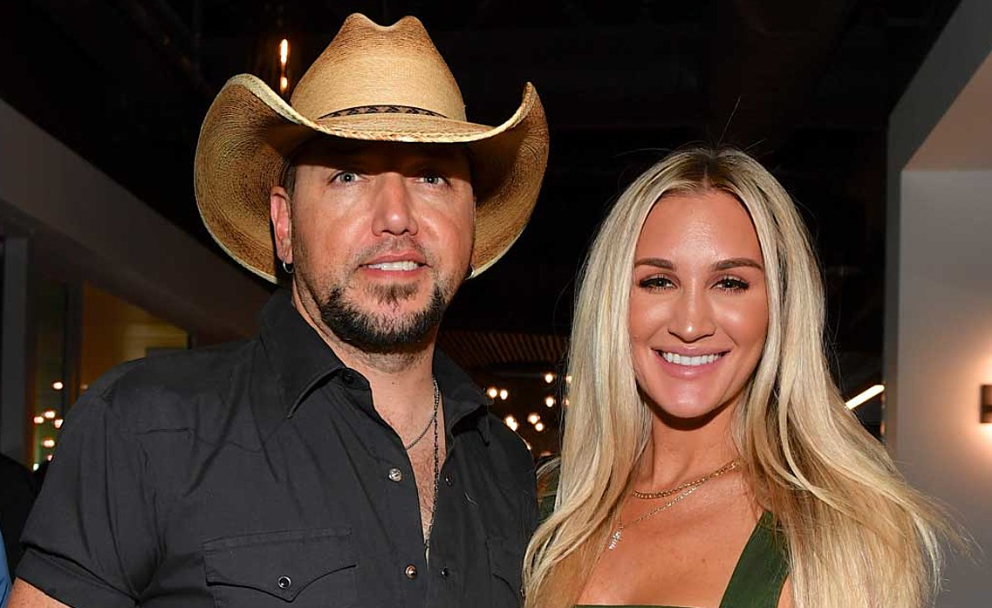 Everything To Know About Brittany Kerr

Previously, he was married to his secondary school sweetheart Jessica Ann Ussery, on August 4, 2001. He has two little girls, Kendyl and Keeley. The couple was divorced in 2014 when Aldean was caught cheating on his wife.

How much is Jason Aldean's Net Worth?

Jason is a country music singer, songwriter, and record producer whose net worth is estimated to have $80 million as of 2022. His exact annual income is still to get disclosed yet but it is assumed that his income is in millions of dollars. In 2015, Forbes estimated Aldean's annual income at $43.5 million. Aldean was the seventh highest-earning country musician making about 32.5 million dollars in 2017. He has done endorsement work for Coors Brewing Company (2012). At the conclusion of Aldean's Burn it Down Tour, Aldean donated over $600,000 to Susan G. Komen of South Florida. His main source of wealth comes from the music industry and he is living a luxurious lifestyle from his career work. He has 1300 acres of land outside of Nashville, Tennessee.

How tall is Jason Aldean?

Jason Aldean is a handsome country music singer who stands at the height of 6 feet 2 inches. His body weight consists of 83 kg. He has dark brown hair with a pair of blue eyes. His body type is average. He often wears the straw cowboy hat. His dress size is 9 US and he wears a shoe size of 12 (US) or 11 (UK) or 45 (EU). He works out in the form of sports.

Trivias About Jason Aldean You Need To Know.