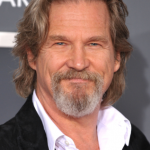 Jeffrey Leon Bridges famed as Jeff Bridges is an American actor, singer, and producer who came to fame initially by appearing on the television series "Sea Hunt" (1958-1960), with his father, Lloyd Bridges, and brother, Beau Bridges. One of the most acclaimed actors of his generation, he has won numerous accolades, including the Academy Award for Best Actor for his role as an alcoholic singer in the 2009 film "Crazy Heart". His first film role as an adult was that of Douglas / Doug in "Halls of Anger" (1970). He started acting as a kid because he got to skip school and earn an allowance to buy toys. During the 2016 US Presidential Election, he was a supporter of Hillary Clinton. He hosted Saturday Night Live in 1983 and 2010 and holds the record for the longest gap between two appearances as a host. He co-authored a book with Bernie Glassman called "The Dude and The Zenmaster" first published in November 2012. He is a spokesman for the "No Kid Hungry" campaign since 2010 and frequently supports environmental causes as well. He is very fond of painting, sculpting, and gardening.

Jeff Bridges announces he was diagnosed with lymphoma

Famous for his role as The Dude in "The Big Lebowski", Bridges says the disease is serious but his prognosis is good. The 70-year-old channeled him The Dude character from The Big Lebowski in a statement on social media about the diagnosis on Monday evening, tweeting "New S**T has come to light". He said he understands the disease is serious. Lymphoma is a type of cancer that begins in the lymphatic system, the body's disease-fighting network that includes the lymph nodes, spleen, thymus gland, and bone marrow. The main types of lymphoma are Hodgkin's lymphoma and non-Hodgkin's lymphoma. He expressed gratitude to his family, friends, and medical team and promised to keep fans posted on his recovery. Bridges is currently in production on the drama series "The Old Man," which he stars in and is an executive producer. The series, which is scheduled to debut exclusively on FX on Hulu in 2021, is produced by Touchstone Television and FX Productions. 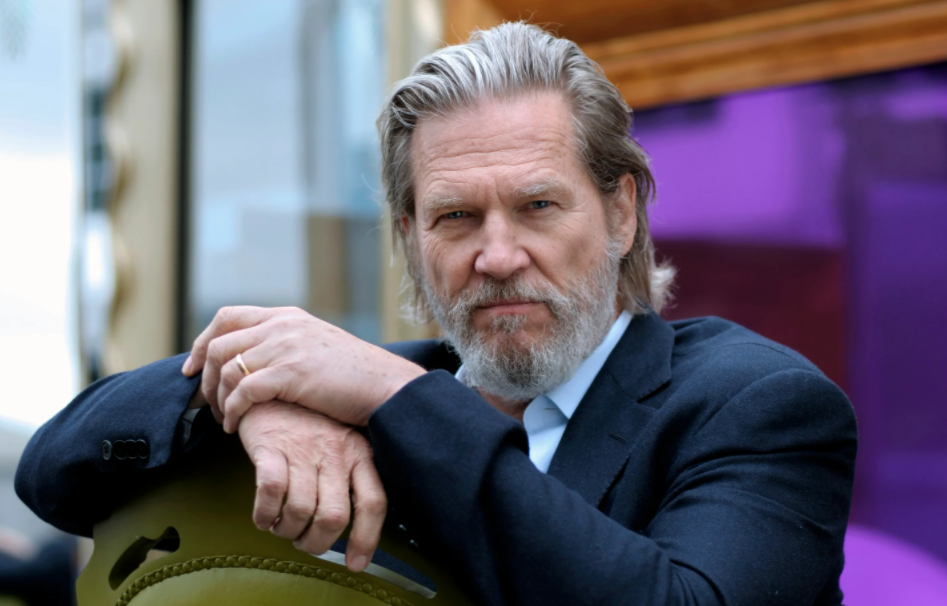 What is the Birthplace of Jeff Bridges?

Jeff Bridges was born on 4th December 1949, in Los Angeles, California, the USA with the birth name/full name of Jeffrey Leon Bridges. He was born to his parents; Lloyd Bridges (father) and Dorothy Bridges (mother). His father Lloyd Bridges was a popular American film and stage actor, and his mother Dorothy Bridges was an actress and writer. He had three siblings; Beau Bridges (1941) (brother), Lucinda (sister), Garrett (brother) died in infancy. His maternal grandfather was an immigrant from Liverpool in England. He and his siblings were raised in the Holmby Hills section of Los Angeles. He holds an American nationality and his ethnicity is American-White. His race is White. As of 2019, he celebrated his 70th birthday. Concerning his education, he graduated from University High School in the year 1967. At age 17, he toured with his father in a stage production of Anniversary Waltz, then moved to New York City where he studied acting at the Herbert Berghof Studio. He also served in the United States Coast Guard Reserve as a Boatswain's mate from 1967-1975 in San Luis Obispo, California, ending his service as a petty officer second class. Sagittarius is his Zodiac sign and his religion is Buddhism.

How was the Career of Jeff Bridges?

Awards and Achievements of Jeff Bridges

Who is Jeff Bridges married to?

Jeff Bridges is a married man. He is married to his beautiful and charming wife, Susan Geston. He firstly saw his wife-to-be on location while shooting for "Rancho Deluxe" (1975) at Chico Hot Springs, Montana. Susan was going about her daily duties while working as a maid there and had a badly bruised face due to a car accident she met with a day before. Despite that, Jeff found her breathtakingly beautiful. When he asked her out, Susan declined to state that she would get to know him better if they met again. They came across each other again during one of the forthcoming evenings at a local bar. The next day, he asked his real estate agent to give him a tour of a local ranch house and asked Susan to come along to offer her opinion, which was his excuse to spend more time with her. Once filming was over, he asked Susan to move in with him. After two years of living together, Susan wanted to get married and have kids and was ready to go back to her hometown. She was aware of his fear of losing his freedom owing to marriage and hence asked him to make a choice. Not wanting to lose the love of his life, he instantly proposed and got married to Susan at the nearest weekend in the year 1977. Four decades on, their marriage is still going strong, and together, the couple has three daughters: Isabelle Annie Bridges (b. August 1981), Jessica Lily "Jessie" Bridges (b. June 1983), and Hayley Roselouise Bridges (b. October 1985). At present, he is enjoying his present life a lot without any disturbances. His sexual orientation is straight and he is not gay. 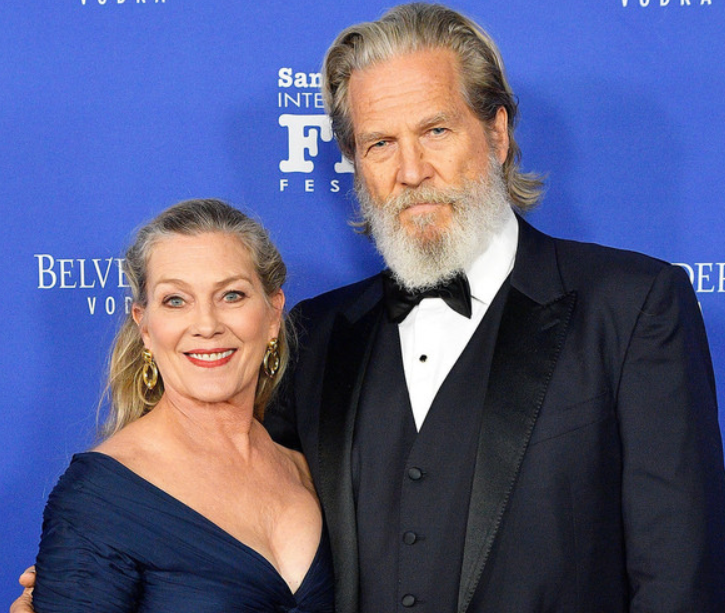 Initially, Cybil Shepherd revealed in an interview that she had a brief affair with Jeff Bridges who was her co-star in her first feature film project, "The Last Picture Show" (1971). More details about their affairs have not been revealed by both of them. After separating with Cybil, he met Candy Clark in the year 1972 on the sets of "Fat City" (1972). Candy confirmed dating him during that time, while Jeff also revealed that they moved in together in his Malibu house. They dated on and off until Jeff met his wife-to-be. After that, he dated Valerie Perrine in the year 1973. Valerie revealed that during her second movie project, "The Last American Hero" (1973), her co-star Jeff became infatuated with her and insisted she move in with him. He asked Candy, his then live-in girlfriend to move out to make space for Valerie. But, once the filming of the movie got over, Jeff's infatuation wore off and he rekindled his relationship with Candy.

As of today, he is residing in California.

What is the Net Worth of Jeff Bridges?

Jeff Bridges is a very successful person in his career. He is an actor, singer, film producer, composer, musician, spokesperson, the voice actor who has achieved huge money and fame throughout his career. As of 2020, the net worth of Jeff Bridges is estimated to have $100 Million. His major source of wealth comes from an acting and singing career. He has successfully appeared in many films and TV shows and has also released more than two albums. His exact salary is still to get disclosed yet. He is considered one of the most actors in the world. He has been in the entertainment industry for a long period of time. Hе hаѕ аlѕо wоrkеd fоr vаrіоuѕ humаnіtаrіаn еffоrtѕ. Не іѕ оnе оf thе со-fоundеrѕ оf "Еnd Нungеr Nеtwоrk", аnd hаѕ ѕеrvеd аѕ thе ѕроkеѕmаn fоr thе саmраіgn "Nо Kіd Нungrу". Не аlѕо ѕuрроrtѕ vаrіоuѕ еnvіrоnmеntаl саuѕеѕ, іnсludіng "Тhе Аmаzоn Соnѕеrvаtіоn Теаm". He is living a luxurious lifestyle at present. He has given a shot a series of commercials with New England Patriots quarterback, Tom Brady for "Ugg" Shoe Company (2016). He has also been a brand ambassador of Marc O'Polo apparel (2013-2014). He has done TV Commercial for Hyundai Equus, Hyundai Azera with Blue-Link, and 429 HP Genesis R-type. (February 2012). He has also given voice to the TV commercials for Duracell batteries, Ameriquest Mortgage Company, Hyundai (2007)-"Commitment".

How tall is Jeff Bridges?

Jeff Bridges is a very handsome person with an average body build. He stands a tall height of 6 ft 1 in or 185 cm. His body weight consists of 86 KG or 190 lbs. His hair is entirely gray now. But his natural hair color used to be somewhere between light brown and dark blonde. His eye color is blue. He has prominent forehead lines and laugh lines. He has a sharp nose with small hooded eyes. His chest size is 42 in, arms size is 14 in and waist size is 35 in. His shoe size is 11 US. Being at the age of seventy, he maintains his body a lot to keep himself fit and attractive. He has studied Buddhism. He meditates for half an hour before beginning work on a film set. He has learned Transcendental Meditation. On October 19, 2020, Bridges announced that he had been diagnosed with lymphoma.