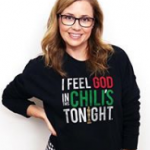 Jenna Fischer is an American actress, who has appeared in several movies and television shows. She is best known for her portrayal of Pam Beesly in the sitcom, The Office. She was only six years old when she gave her first performance. During her college days, she acted in theatre.

In the initial days of her career, She appeared in small roles in movies and television shows. After a few years of struggle, she landed a part in the sitcom, The Office, which was a major career breakthrough. The show aired for nine seasons and helped her establish her name. With her mockumentary LolliLove, she tried her hand in film direction too. In her career, she has appeared in movies and shows most of the comic genre. She has authored a book and remains active in her profession. Let's know more about her through this article.

What is Jenna Fischer?

Where is Jenna Fischer born?

Recalling her early life, Jenna was born in Fort Wayne in the state of Indiana. She has German, Swiss-German, Scots-Irish (Northern Irish), Scottish, English, and Bohemian (Czech), ancestry. She was born to parents; Anne Miller and James E. “Jim” Fischer. Her mother is a history teacher in an elementary school and her father is an engineer.

Where did Jenna Fischer go for education?

Discussing her education, Jenna attended Pierremont Elementary School in Manchester, Missouri. For her further studies, she joined Nerinx Hall High School, a private all-girls Catholic school. Afterward, she enrolled at Truman State University. Later she graduated from there with a Bachelor of Arts in theater, as well as a minor in journalism.

When did Jenna Fischer begin her acting career?

Reflecting on her personal life, Jenna is a married woman as of now. She is married to the actor and director, Lee Kirk. The couple got engaged on June 30th, 2009. After a year of being together, they got into the marital relationship on July 3rd, 2010. As of now, they have two children together named, Weston and Harper Marie.

Previously, she was married to James Gunn on October 7th, 2000. Even after spending a long time together, they announced their separation in September 2007 and they officially got divorced in June 2008.

How much is Jenna Fischer worth?

Being a part of the entertainment industry, Jenna earns a decent amount of money and fame through her profession as an actress and director. Based on some online reports, her estimated net worth said to be $16 million at present. However, her salary is yet to be disclosed.

How tall is Jenna Fischer?

Observing her body physics, Jenna stands a height of 5 feet 6 inches and weighs around 57 Kg. Similarly, she has a pair of green eyes and lights brown hair color. She used 34B bra size and 6 (US) dress sizes. Further, she has a slim body with a body measurement of 35-26-35 inches.

Trivias About Jenna Fischer You Need To Know.