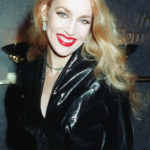 Jerry Hall is an American Award-winning model and actress. She began modeling in the 1970s and became one of the most sought-after models in the world. By 1977, she had been on 40 magazine covers including Italian Vogue and Cosmopolitan.  She made her acting debut in the 1980 film "Urban Cowboy". She made her professional stage debut playing Cherie in a revival of Bus Stop (a role played by Marilyn Monroe in the film adaption) in the Theaterfest summer stock (hosted at Montclair State University) in July 1988. She is currently represented by Tess Management, Modeling Agency, London, England, United Kingdom. In 2016, Hall won the Lifetime Achievement Award from the Fashion Group International Dallas.

What is Jerry Hall Famous For? 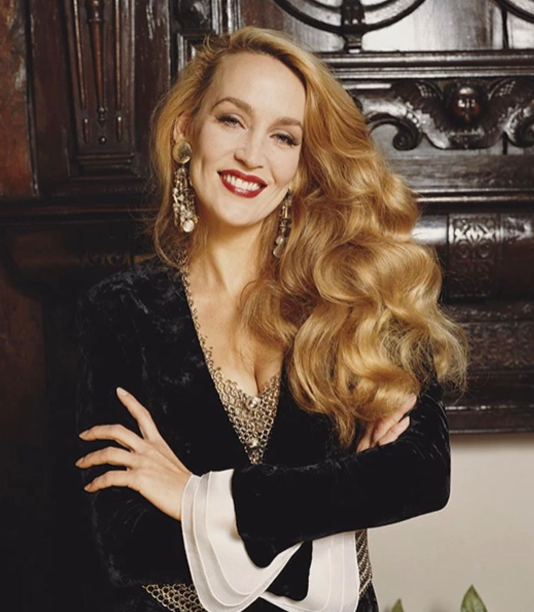 Who are the Parents and Siblings of Jerry Hall?

Jerry Hall was born on 2nd July 1956. She is from Gonzales, Texas, United States. She was raised in the Dallas suburb of Mesquite, Texas. She is of British-Irish-Dutch ethnicity and she is of American nationality. She is the daughter of Marjorie Hall-Sheffield (mother) and John P. Hall (father). Her mom was a medical records librarian and her dad used to be a truck driver. She has four siblings namely Cyndy Hall (Older Sister) (Actress), Terry Hall (Twin Sister) (Photographer, Print Shop Owner, Real Estate Investor, Real Estate Broker), Rosy Hall (Older Sister) (Former Cheerleader). She has another older sister. Cancer is her Zodiac sign. Her present age is 65 as of 2021.

Jerry attended and graduated from the North Mesquite High School at the age of 16. While she was in high school, she had undertaken archery, tennis, and gymnastics lessons at Eastfield College, a public community college campus in Mesquite. She had also studied French there. 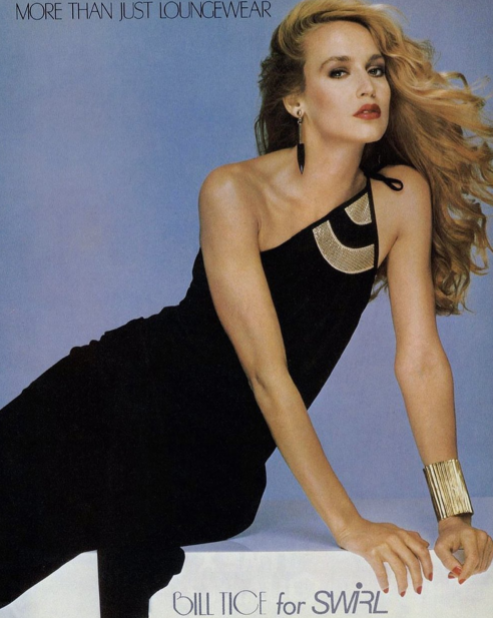 What is Jerry Hall Net Worth?

Jerry Hall is a renowned and talented actress and a model. As of 2022, the net worth of Hall is $15 Million. Her main source of income is from her acting and modeling career. She has been featured in the commercials for brands and products such as Bovril (meat extract paste), Old Navy, Rose’s lime juice. She has also served as the global ambassador for Levitra, a treatment for erectile dysfunction. Back then, she was earning modeling fees in excess of $1,000 per day.

Who is Jerry Hall Husband?

Jerry Hall is a married woman. She tied a knot to her handsome husband, Rupert Murdoch who is an American billionaire businessman, media tycoon, and investor. The couple started dating each other in the September of 2015. On 11th January 2016, the couple announced their engagement via The Times Newspaper. Later, the couple married on 4th March 2016. Through Rupert's previous marriage(s), Jerry has two stepsons named Lachlan Murdoch (Businessman) and James Murdoch (Businessman) and four stepdaughters named Prudence Murdoch (Media Executive), Elisabeth Murdoch (Media Executive), Grace Murdoch, and Chloe Murdoch. The duo was seen together on the final Fox episode of American Idol on 7th April 2016. Today, the duo are enjoying their life a lot without the sign of divorce. Her sexual orientation is straight.

Previously, Hall firstly dated musician Bryan Ferry in 1975. He then married Mick Jagger who is an English singer, songwriter, actor, and film producer. They started dating in late 1977. After dating for long-term, they got married on 21st November 1990 in Bail, Indonesia. The unofficial wedding got annulled on 13th August 1990 by the High Court of England and Wales. They have 4 children together – 2 daughters named Georgia May Ayeesha Jagger (b. January 12, 1992) (Fashion Model, Designer) and Elizabeth Scarlett ‘Lizzy’ Jagger (b. March 2, 1984) (Activist, Model, Actress); and 2 sons named Gabriel Jagger (b. December 9, 1997) and James Jagger (b. 28 August 1985) (Actor).  Then, she dated Robert Sangster, James Charteris, George Waud, Tim Attias, Paul Allen, and many more. 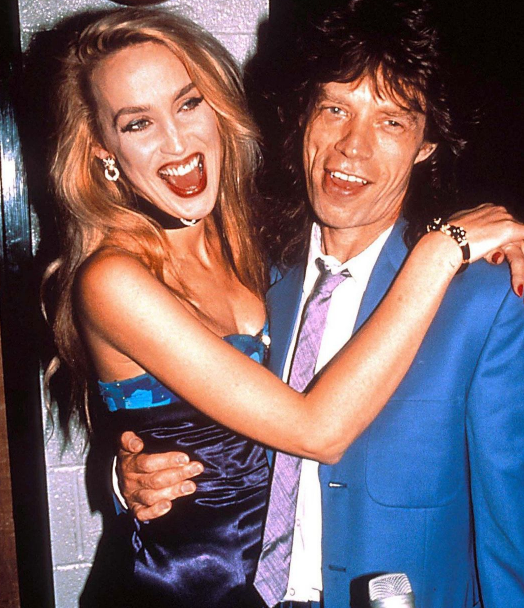 Jerry Hall says legendary pop-art pioneer Andy Warhol once told her to 'leave' Sir Mick Jagger and 'marry some rich guy' - despite the Rolling Stones star being worth millions. She was in a relationship with the singer, 78, with whom she has four children, for 22 years from 1977, when the band was at the height of their touring success.  'I first met Andy Warhol in Paris in 1973. Andy did six portraits of me. He took millions of photos of me,' she told the Times. 'He loved my Southern accent. He always told me to leave Mick Jagger and marry some rich guy.' Jerry, who is now married to billionaire newspaper tycoon Rupert Murdoch, 90, told how she and the artist used to hang out in legendary New York nightspot Studio 54. Jerry and Rupert married an intimate ceremony in London in March 2016 following a whirlwind five-month romance.

Jerry Hall Body Measurements: How tall is he?

Jerry Hall is a pretty actress who stands at a height of 6 feet and weighs around 66 kg. She has blue eyes with blonde hair. She has a slim body type with a radiant face. Her other body size has not been disclosed yet. Her long blonde hair and height of six feet quickly made her one of the most visible and photographed models of the day.

Trivias About Jerry Hall You Need To Know.