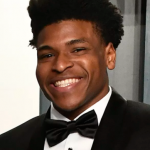 Jeremiah Harris famed as Jerry Harris is an American TV Personality who rose to fame after his appearance in the 2020 Netflix docuseries "Cheer". Jerry Harris from Netflix's hit docu-series Cheer interviewed none other than Billie Eilish and her brother, Finneas, at Oscars 2020. Jerry asked Billie if she was excited for the Oscars, and when she said yes, he responded with his own extreme excitement level. Recently, in September 2020 the FBI charged him with the production of child pornography. A spokesperson for Harris denied the allegations.

Everything You Should Know About Billie Eilish

Netflix star Jerry Harris will remain in federal custody for the time being on child pornography charges alleging he coerced minors to send him nude photos and videos and solicited sex from boys as young as 13 at cheerleading competitions. He was charged in a criminal complaint last week with one count of production of child pornography, which carries a minimum of 15 years in prison upon conviction. Prosecutors have said they want him held without bond pending trial because he is a danger to the community and is accused of crimes of violence against children. Harris' lawyer, Todd Pugh, said he intends to argue for his release, in part because Harris has asthma and uses an inhaler and is at increased risk of contracting COVID-19 behind bars. But in a brief hearing Monday, Pugh told U.S. Magistrate Judge Sunil Harjani that they were dropping their bond request for the time being because they were still searching for a “suitable residence” and a third-party custodian for Harris should he be released. He was arrested shortly after 11 a.m. Thursday, three days after the FBI raided his home in an upscale Naperville neighborhood in the 2600 block of Evercrest Court. USA Today was the first to report on the raid and criminal investigation. 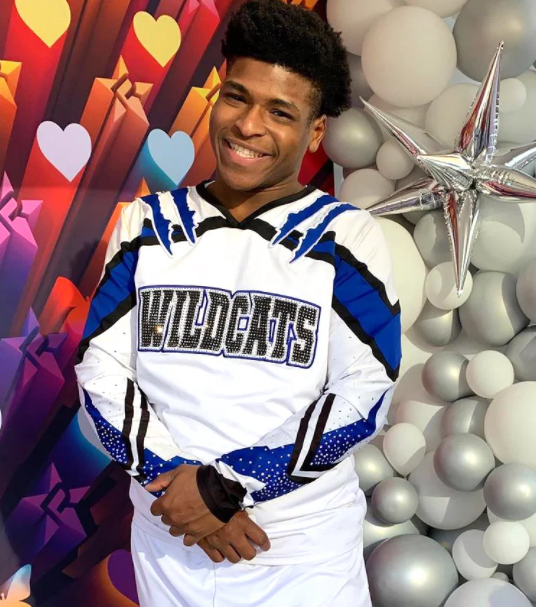 What is the birthplace of Jerry Harris?

On 14th July 1999, Jerry Harris was born in Hinsdale, Illinois, the USA with the real name/birth name/full name of Jeremiah Harris. He was raised in Bolingbrook, Illinois. rose to fame after his appearance in the 2020 Netflix docuseries "Cheer". He holds an American nationality and his ethnicity is African-American. Whereas his race is black. Cancer is his Zodiac sign and he follows the Christian religion. As of 2020, he celebrated his 21st birthday. He was born to his parents; Lizzie Bowman (mother) and his father whose name has not been revealed yet. When he was 16 years old, his mother died from lung cancer. As per his education, he was graduated from Waubonsie Valley High School and then he attended Navarro College and the University of Louisville. In his college time, he was a member of the cheer team coached by Monica Aldama. Later, he received a Regional Scholars Award from the University of Louisville during the finale of 'Cheer'.

How Jerry Harris began his career?

The Federal Bureau of Investigation announced in September 2020 that they had a warrant for Harris for allegedly soliciting sex from minors which involves twin brothers who were thirteen when Harris, nineteen at the time, allegedly sent suggestive messages asking for pictures and seeking sex. The boys' mother at first dismissed the contacts but after another cheerleading coach allegedly assaulted them, felt there might be a pervasive atmosphere of tolerance of sexual abuse either in the sport or the companies that govern them. Later, he was arrested by the FBI and charged in federal court in Chicago for the production of child pornography on 17th September 2020. He also allegedly admitted to soliciting and receiving explicit messages on Snapchat from other individuals he knew were minors; he also allegedly admitted to having oral and anal sex with a 15-year-old in mid-2019, according to federal court records. A spokesperson for Harris denied the allegations, “We categorically dispute the claims made against Jerry Harris, which are alleged to have occurred when he was a teenager. We are confident that when the investigation is completed the true facts will be revealed." In a statement about his arrest, Netflix said "Like everyone we are shocked by this news. Any abuse of minors is a terrible crime and we respect the legal process."

Who is Jerry Harris Dating?

Regarding the marital status of Jerry Harris, he is not a married man. Recently, he discussed in an interview with 'Variety' in June 2020 by stating that he would be becoming a Black gay icon and how he is a role model for young kids who might be struggling with their sexuality. He has not revealed anything regarding his partner, affairs, relationship, dating history, boyfriend/girlfriend to the public yet. He quickly became a household name and key figurehead in LGBTQ+ culture. At present, he is enjoying his single life a lot.

How much is Jerry Harris's Net Worth?

Jerry Harris is an American television personality who is making a good amount of money from his career. As of 2020, the net worth of Jerry Harris is estimated to have between $1 Million to $5 Million. His major source of wealth comes from TV personality. At present, the exact salary of Jerry Harris has not been revealed yet but there is no doubt in the mind of his followers that he is earning a considerable amount of money from his work. He is living a cool lifestyle from his earnings.

How tall is Jerry Harris?

Jerry Harris, a handsome TV personality attracts a lot of people towards him with his charming smile and athletic body build. He stands tall at the height of 5 ft 9 in or 1.75 m. His balanced weight consists of 84 Kg or 185 lbs. His body measurement is 44-34-38 inches. His bicep size is 16 in. His shoe size is 9 UK. He has a pair of dark brown eye color and his hair color is also dark brown.

Trivias About Jerry Harris You Need To Know.