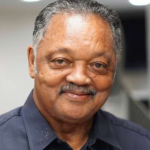 One of the most fierce and outspoken political figures in the USA, Jesse Jackson is known for his crusade against racism in America. Ever since he entered high school, he came face to face with the tortures that all African-Americans had to go through while trying to lead a normal life.

In a short period, he became one of the leading personalities among African-Americans to fight against racial discrimination. He was even looked upon as the successor of Martin Luther King Jr. but he fell prey to certain controversies and was suspended from Southern Christian Leadership Conference (SCLC), the brainchild of King.

Apart from advocating equal rights for the African-Americans, He also promoted numerous global causes. He has been fighting against abortion and has been working hard to stop drug abuse. Let's know more about him through this article.

What is Jesse Jackson famous for?

When was Jesse Jackson born?

Recalling his early life, Jesse was born in Greenville, South Carolina, the United States in the year of 1941. He is American by nationality and belongs to Afro-American ethnicity. Similarly, his parents are Helen Burns and Noah Louise Robinson but information regarding his siblings is yet to be disclosed. Further, his birth sign is Libra.

Where is Jesse Jackson educated?

What is Jesse Jackson doing?

What are the achievements of Jesse Jackson?

Who is Jesse Jackson married to?

In 2001, it was revealed he had an affair with a staffer, Karin Stanford, that resulted in the birth of a daughter Ashley in May 1999. As per CNN, the Rainbow Push Coalition had paid Stanford $15,000 in moving expenses and $21,000 in payment for contracting work. A promised advance of an additional $40,000 against future contracting work was rescinded once the affair became public. This incident prompted him to withdraw from activism for a short time.

How much is Jesse Jackson's worth?

Being a civil rights activist and Baptist minister, Jesse earns an impressive amount of money and fame through his profession. Based on some online sites, his estimated net worth said to be $15 million at present. However, his salary and asset details are yet to be disclosed.

How tall is Jesse Jackson?

Observing his body statistics, Jesse stands a height of 6 feet 3 inches and weighs around 103 Kg. Similarly, he has a pair of brown eyes and black hair color. Further, his other body information is yet to be disclosed. In the case of disclosed, we will let you know.