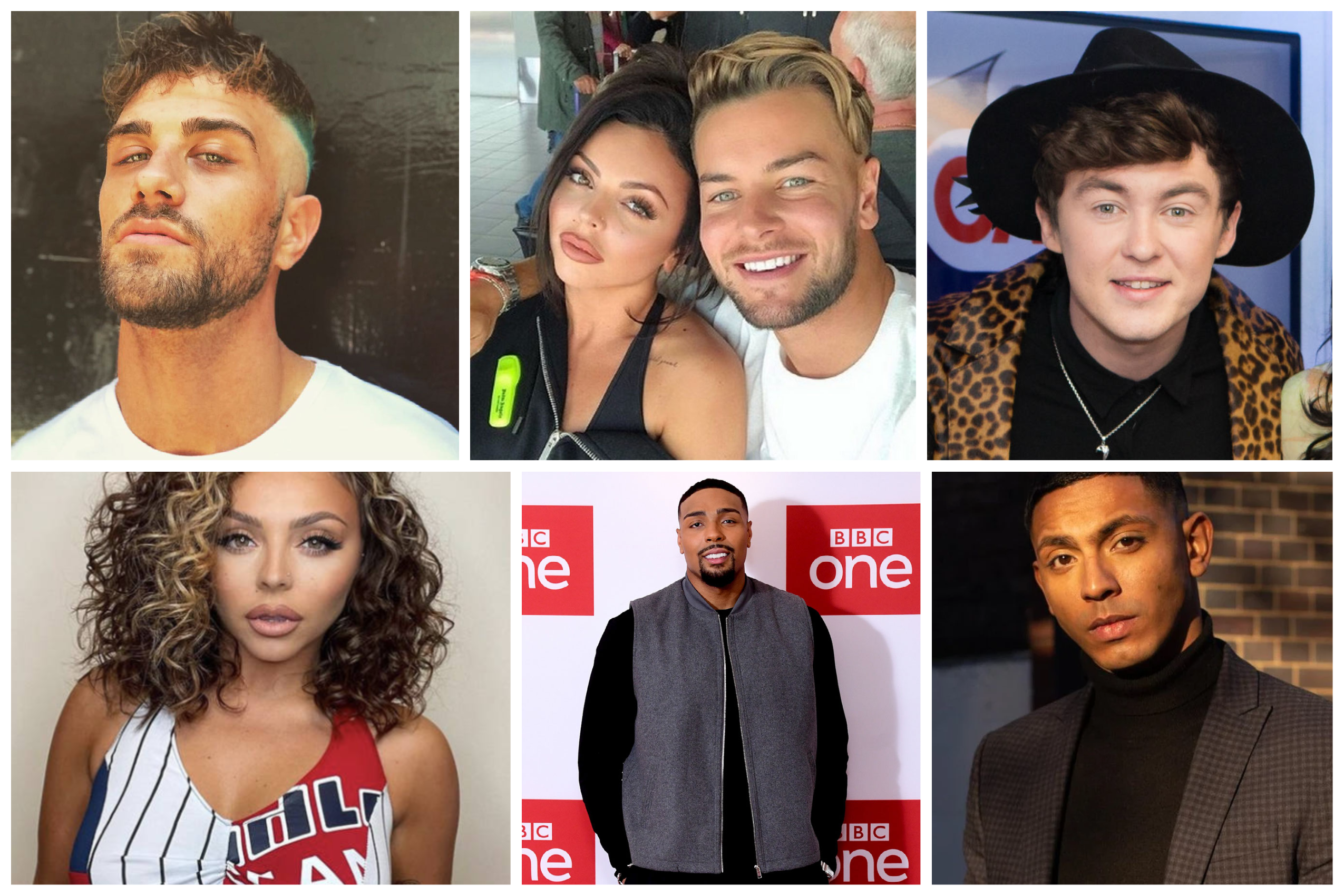 British-born singer, Jesy Nelson has been in the headlines not only for being a member of the British girl group, "Little Mix" but also for her dramatic romantic history that is ongoing for a long time. Nelson recently caught up the attention when she decided to leave the group after almost after 9 years of togetherness.

As a part of Little Mix, Nelson earned much recognition and popularity selling over 50 million records worldwide and even been enlisted in the top 5 of the best-selling girl groups of all time.

Born in the year of 1991, Nelson has managed to come a long way up becoming one of the prominent girl group band in her decade long career. Her self presented documentary based on her experiences with body image and online bullying titled "Jesy Nelson: Odd One Out" even won the Factual Entertainment Award at the 25th National Television Awards in 2019.

Everything you need to know about Jesy Nelson

Also, the fact that she has been loved by millions of people, some of whom she also has dated. Her dating life is quite interesting as she has met many men, dated some of them however hasn't got married to anyone yet.

Who is Jesy Nelson Dating Now?

After a short-term relationship with her ex-boyfriend, Chris Hughes, Nelson started bagging herself to a handsome man, Sean Sagar. She was reportedly seeing Sagar ever since she split from Hughes in late 2020. 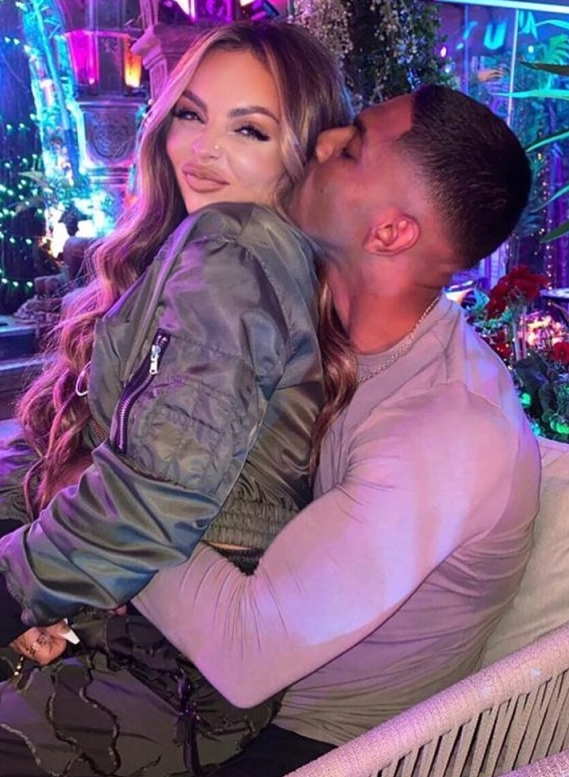 Sagar is also a popular actor most notable for his roles include series two of BBC drama, "Our Girl". He also made an appearance in Chanel 4 show Top Boy and has had small roles on Casualty and Sky One sitcom Trollied.

They first began dating last April 2020 however kept their relationship quiet at first, later went official on Instagram in October when they shared their cute snaps whom she even called her "everything".

Sean even moved into her Essex home where they spend their lockdown days together. However, just after 8 months of dating, the couple seemed to have separated apart when she deleted all his photos from her Instagram.

Whatsoever, it appears that the couple is trying and giving up for another go as SEan recently moved in with Nelson so as to spend the third national lockdown together. Sean also has been trying to be there with Nelson following her departure from "Little Mix" since December 2020.

We can just hope for Nelson to be happy with the person she loves.

How many Boyfriends had Jesy Nelson had?

Before Sean Sagar, Jesy Nelson was in a relationship with other men ranging from TOWIE stars to Love Island star hunks. Her personal life has been an open book to the public as she has experienced love, break-ups, patch-ups, and emotional attacks during her time in the public eye.

Let's see who are the men whom Nelson had dated before, her dating history, and boyfriend list.

Nelson's first-ever public relationship was with Jordan Banjo. Banjo is a British street dancer who is best known as a current member of the dance troupe, "Diversity". He even had won the third series of Britain's Got Talent as a part of Diversity. Nelson and Banjo dated each other for just 10 months until they broke up in 2013.

The reason behind their break up was reportedly the fact of her status as a global pop star for which he began to struggle. However, the pair have remained on good terms. 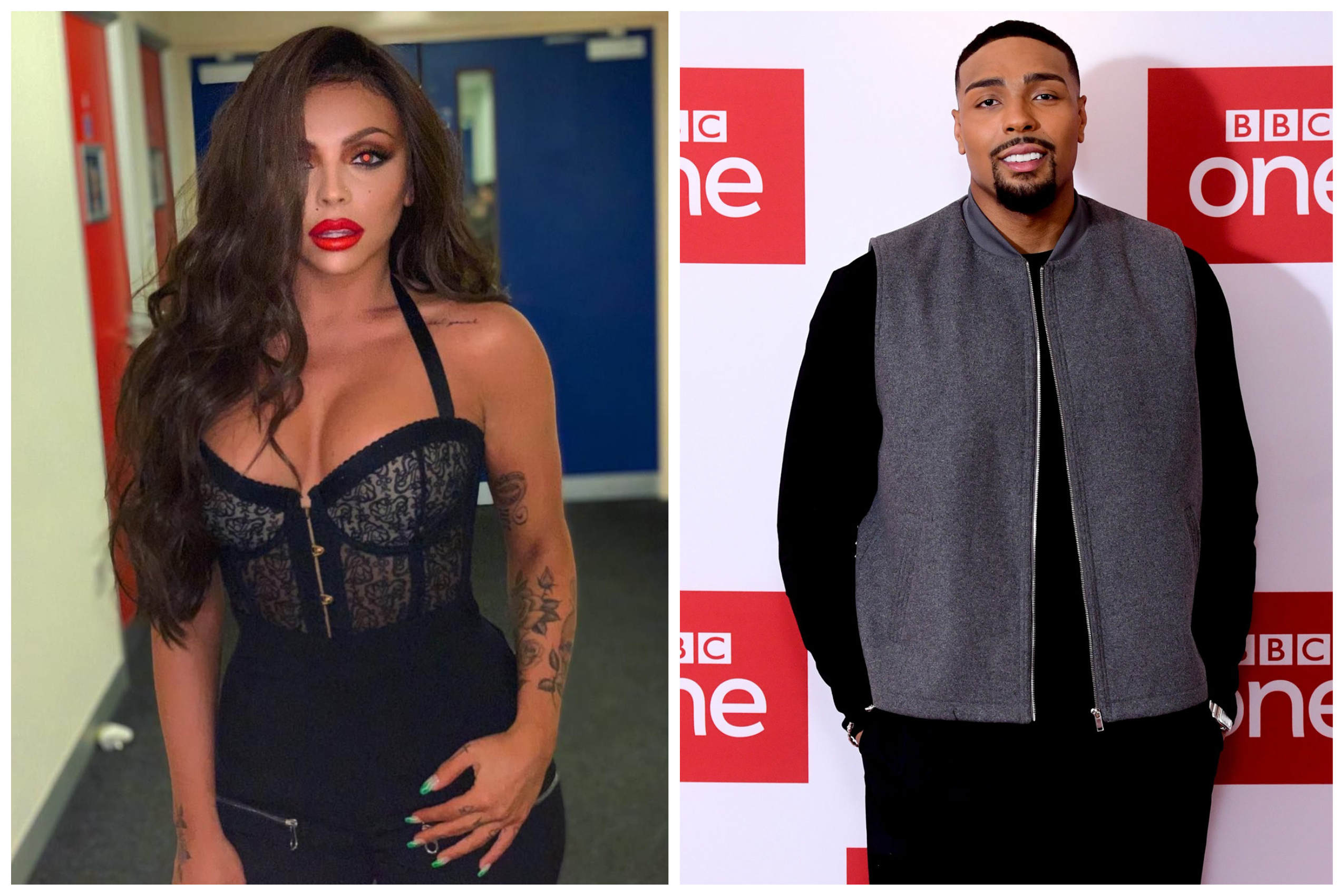 Following her break up with Banjo, Roche remained single for some time until she met Jake Roche, an English singer, and actor who is best known as the lead vocalist of the band, "Push Baby". Her relationship with Roche was one of the popular relationships as they both were successful artists. After meeting each other in the year 2014, the couple began dating each other shortly after which they even got engaged in 2015. 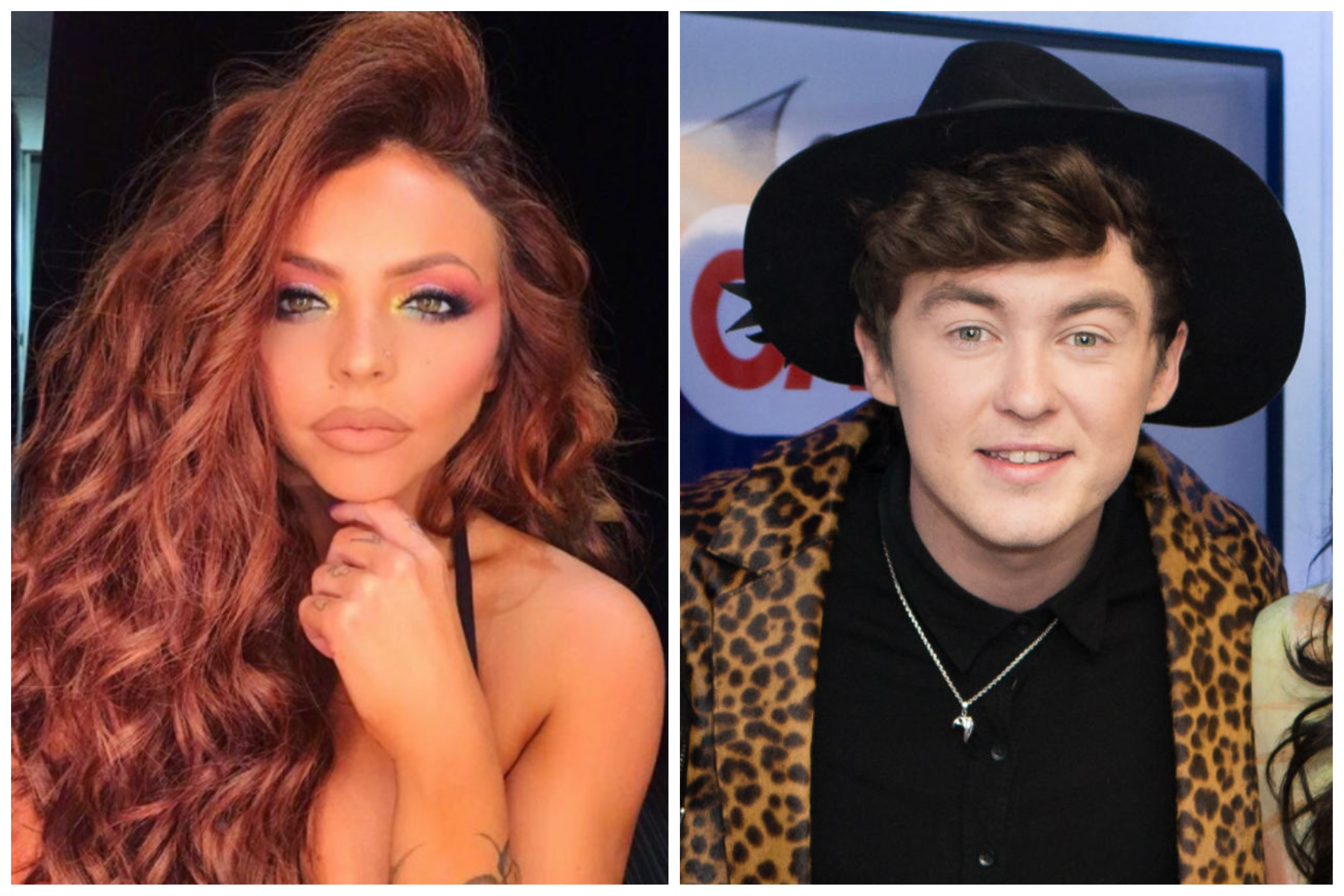 Their engagement was a special moment as Ed Sheeran even serenaded them at a performance, however, they ended up splitting the following year. They have still managed to stay friends in the end.

With her third break up, she entered a new era when she began seeing TOWIE star, Chris Clark. They were together only for few months which started and ended all in the year 2017. Chris claimed at the time that he felt "second best" to Jesy’s career with Little Mix. They were together for about 3 months.

After Clark, it was Harry James whom Nelson began dating. James is also a musician known by the stage name of "Fugative". The pair first confirmed their romance when they were spotted on holiday together in Greece in summer 2017. They were enjoying being with each other until Jesy called it a day 16-months later in November 2018. 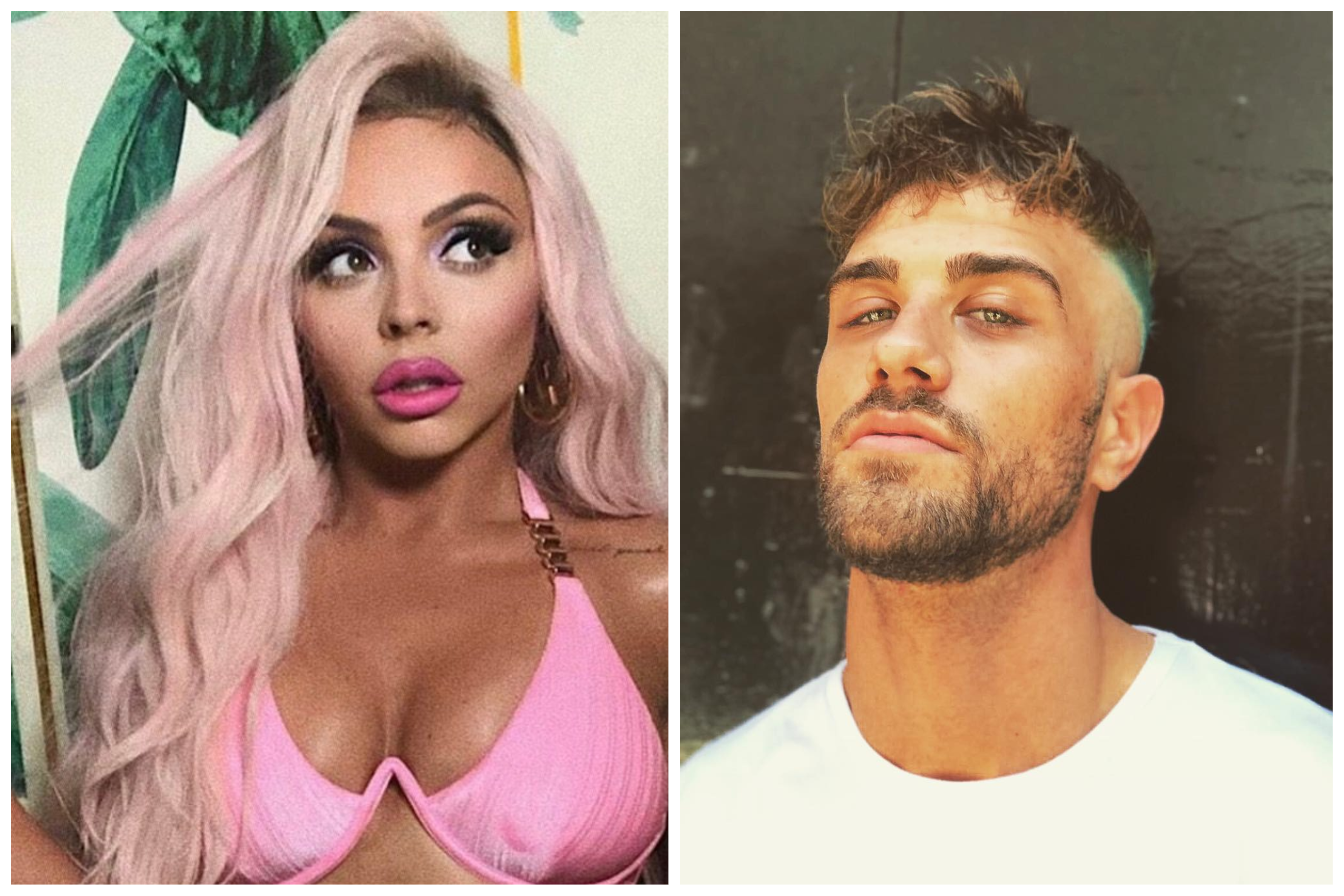 Nelson's most popular relationship was with Chris Hughes. Hughes is an English model, television personality, and former footballer who is well known for his appearance on "Love Island"(2017). The couple began dating in January 2019 when they were spotted for the first time together on Jan 16. Their relation though was a popular relation but it also didn't last long. 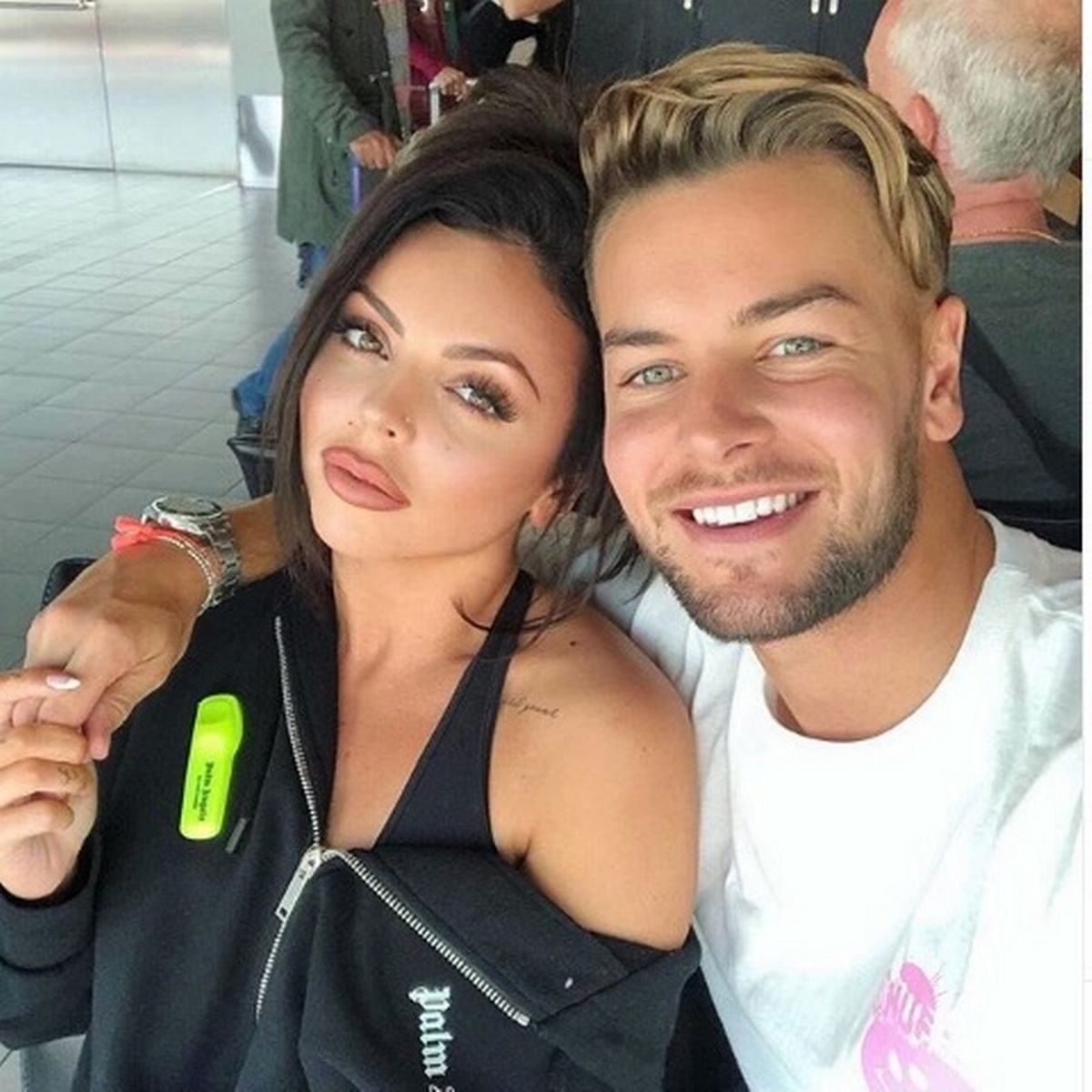 They broke up after almost 16 months of dating each other in April 2020.

After going through 5 dates and break-ups, Nelson finally found Sean Sagar with whom she began dating shortly after her break up with Hughes in April 2020. They even separated their way apart after almost 8 months of dating, but they have got back together in 2021. They are inverse of spending the third national lockdown together.