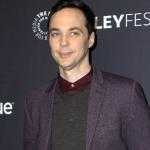 As one of the most popular sitcom, The Big Bang Theory is coming to an end this year after 12 seasons, everyone is excited to see how the story of their favorite characters from the sitcom ends. Among others, Jim Parsons, who is one of the main cast of the sitcom as Sheldon Cooper is a physicist with social apathy who frequently belittles his friends. Over the course of 11 seasons, Sheldon Cooper has a sole desire to win a Nobel Prize.

With only seven episodes of the sitcom remaining, Sheldon and his wife Amy are looking forward to winning the Nobel Prize in Physics nomination for their work on Super Asymmetry.

Will Sheldon and Amy will end The Big Bang Theory winning the Nobel Prize? We still have a few more episodes left to watch.

Jim Parsons was born on 24 March 1973. His birth name is James Joseph Parsons. He was born to a father, Milton Joseph Parsons, Jr., and a mother, Judy Ann. He belongs to White ethnicity. He is of French descent on his paternal side. His birthplace is in St. Joseph Hospital in Houston, Texas in the United States. He holds American nationality. His zodiac sign is Aries. He has one sister, Julie Ann Parsons. He grew up in one of its northern suburbs in Springs.

He attended Klein Oak High School in Spring. He later enrolled at the University of Houston, where he graduated with a Bachelor's degree.

He played the role of Kola-Kola bird in a school production of The Elephant's Child at the age of six. After that, he was determined to become an actor. He appeared in 17 plays during his 3 years at the University of Houston. He was a founding member of Infernal Bridegroom Productions and regularly appeared at the Stage Repertory Theatre.

He then enrolled at the University of San Diego as one of the seven students accepted into a special two-year course in classical theatre. He graduated from San Diego in 2001. He then moved to New York to pursue his acting career.

He has appeared in numerous plays by Infernal Bridegroom Productions.

After moving to New York, he worked in numerous Off-Broadway productions.

He made his Broadway debut portraying Tommy Boatwright in the play The Normal Heart in 2011.

He later appeared in Broadway productions, Harvey and An Act of God.

He has appeared in numerous plays in his career.

Parsons has estimated that he auditioned for between 15 and 30 television pilots. He was cast on many occasions but the show failed to find a television network.

He made his television debut in the role of Chet in an episode of an NBC American television program, Ed in 2002.

He landed one of the main roles as Sheldon Cooper in an American television sitcom, The Big Bang Theory in 2007.

His audition for the role impressed series creator Chuck Lorre. Chuck insisted on a second audition to see if Parsons could replicate the performance.

Sheldon Cooper became the breakthrough role of his career.

The Big Bang Theory has become one of the most popular sitcoms in the television industry.

Jim Parson won numerous awards and nominations for his role as Sheldon Cooper.

In August 2018, Jim Parson announced his refusal of a contract worth $50 million for season 13 and 14. Thus, The Big Bang Theory will end after 12 seasons.

He has also been a narrator and executive producer of The Big Bang Theory prequel, Young Sheldon since 2017, where he narrates the younger version of Sheldon Cooper.

He has appeared in other television series such as iCarly and Who Do You Think You Are?.

He reprised the role of Tommy Boatwright in the Television film version of The Normal Heart.

He hosted his own SiriusXM talk show, Jim Parsons Is Too Stupid for Politics for six weeks in 2017.

He was one of the voice actors in the 2018 audiobook A Day in the Life of Marlon Bundo.

Since then, he has appeared in numerous films such as Garden State, Heights, The Great New Wonderful, 10 Items or Less, School for Scoundrels, On the Road with Judas, Gardener of Eden, The Big Year, Sunset Stories, Wish I Was Here, Visions, and Hidden Figures.

He made a cameo appearance in the 2011 musical comedy film, The Muppets.

He produced and also starred in 2018 American drama film, A Kid Like Jake.

His upcoming film is Extremely Wicked, Shockingly Evil and Vile, scheduled to release in 2019.

2017 Screen Actors Guild Award - Outstanding Performance by a Cast in a Motion Picture for Hidden Figures.

Who is Jim Parsons Married to?

Jim Parson's sexual orientation is gay. The New York Times revealed in 2012 that he was gay. It also revealed that he had been in a relationship with art director  Todd Spiewak for around 10 years. He is Married to art director Todd Spiewak. They got married in May 2017 in New York.

What are Jim Parsons' Body Measurements?

What is Jim Parsons' Net Worth?

Jim Parsons became the highest-paid TV actor in 2018 earning $26.5 million. He earned $200,000 per episode for the 4th season of The Big Bang Theory along with co-stars Johnny Galecki and Kaley Cuoco. They were also promised a percentage of the show's earnings. Parsons, Galecki, and Cuoco earned $325,000 per episode from August 2013. They earned $1 million per episode since the eighth season of The Big Bang Theory. However, Parsons announced his refusal of a contract worth $50 million for season 13 and 14. Thus, the show will end after 12 seasons. He appeared in Quiznos commercials in 2003. He has endorsed other brands such as Nissa Micra, Intel Corporation, Stride Gum, DiGiorno Frozen Pizza, FedEx, Ford Fusion, among others. Working as an actor is his major source of income. As of 2019, his net worth is estimated at $80 million.