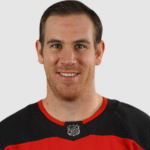 James Ryan Hayes, excellently known as Jimmy Hayes was an American professional ice hockey right-winger. He debuted with the Chicago Blackhawks during the 2011-2012 season, then went on to spend two years with the Florida Panthers before a 2015 trade sent him to the Boston Bruins. Hayes played 334 games in the NHL and had 54 goals and 55 assists. He also played for the Florida Panthers, Boston Bruins, and New Jersey Devils. In his teens, he participated in the Four Nations and Ivan Hlinka Memorial tournaments as a member of the United States National U-17 ice hockey team. He went on to finish in second place at the IIHF World U18 Championships as a member of Team USA. Jimmy scored over eighty career points while on the Boston College Eagles team. Additionally, Hayes last played professionally in 2019 and had been a co-host of a podcast called Missin Curfew. Sadly, we lost such a versatile icon on 23rd August 2021.

Jimmy Hayes, who won a national hockey championship at Boston College and played seven seasons in the NHL, has died on 23rd August 2021 in Milton, Massachusetts, U.S. He was 31. Medics were called to Hayes's home in the Boston suburbs on Monday, where he was pronounced dead, according to police. No other details surrounding the death were disclosed.

"The Boston Bruins are heartbroken by the passing of Dorchester native and former Bruin Jimmy Hayes," the NHL team shared in a statement Monday. "Our thoughts are with his wife Kristen, his sons Beau and Mac, and the entire Hayes family during this very difficult time." 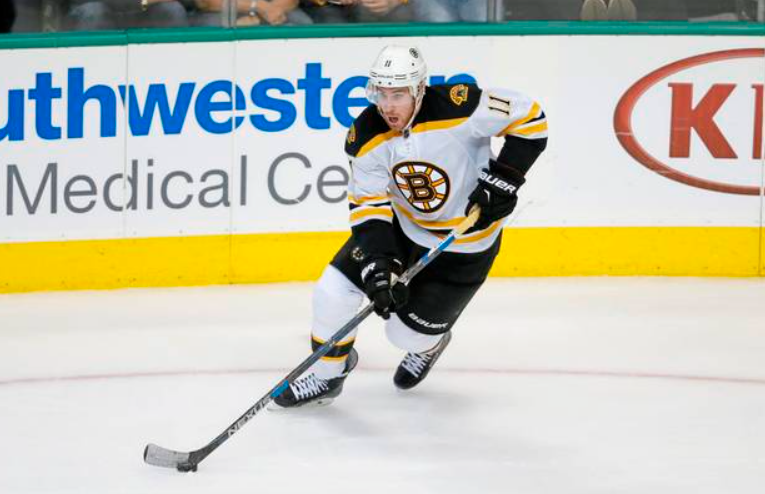 Where was Jimmy Hayes born?

Jimmy Hayes was born on 21st November 1989 with the real name of James Ryan Hayes in Boston, Massachusetts, the U.S. He was American by nationality and American-white by ethnicity. Similarly, his religion was Christian and his race was white. Jimmy lastly celebrated his 31st birthday in 2020 and as per his birthdate, his zodiac sign was Scorpio. He was the son of his father, Kevin Hayes, and his mother, Sheila Hayes. He also has four siblings, Genevieve, Eileen, Justine, and Kevin.

How was the Career of Jimmy Hayes?

To whom Jimmy Hayes was Married?

Jimmy Hayes was a married guy. He tied a knot with his beautiful wife Kristen Valente. The couple met each other for the first time in their residential building in Seaport, Boston. After dating for several years, they got married in July 2018. According to Kristen, "We both knew of each other but officially met through mutual friends at Legal Harborside one night." Jimmy was also the father of his two children. Talking about his sexual orientation, he was straight. 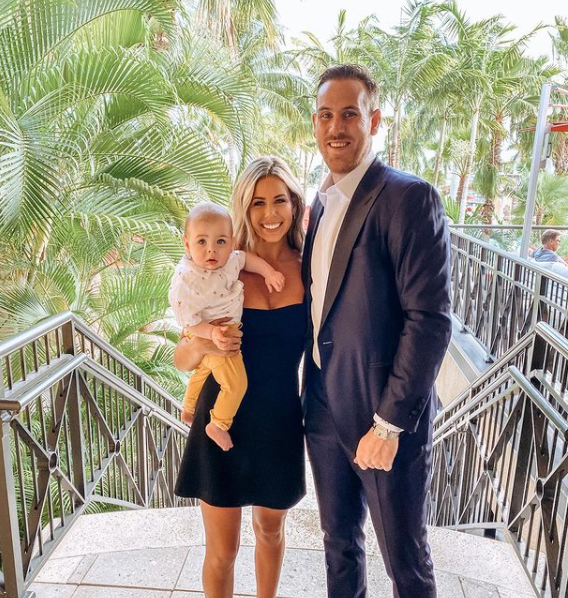 What was the Net Worth of Jimmy Hayes?

Jimmy Hayes was a talented guy who had a net worth of $8 million as of 2021. He also earned a fine amount of salary which was around $2 million per year. He had gained a considerable amount of money from his profession as his major source of income was from his ice hockey career. Jimmy had not done any endorsement work till the time of his death.

How tall was Jimmy Hayes?

Jimmy Hayes was 6 ft 5 in (196 cm) tall whereas his body weighs around 215 lb (98 kg; 15 st 5 lb). He had dark brown hair and eyes color. His physique combined with his perfect height and masculine look took him to the top of the desired list in the young gen women. In addition, Jimmy was athletic by body build.

Trivias About Jimmy Hayes You Need To Know.