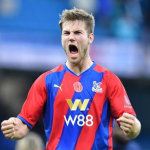 Joachim Andersen is a Danish professional footballer who currently plays for Premier League club Crystal Palace and the Denmark football national team. His playing position is center-back. Previously, he played for Greve Fodbold, Copenhagen, Midtjylland, Twente before joining his present team. On 28 July 2021, Crystal Palace announced the signing of Andersen on a five-year deal. His shirt number is #16 for the team, Crystal Palace.

What is Joachim Andersen Famous For?

What is Joachim Andersen's Nationality?

Joachim Andersen took birth on 31st May 1996 with the real name of Joachim Christian Andersen in Solrød Strand, Denmark. His nationality is Danish and his ethnicity is Danish-White. His present age is 26 as of 2022. He was born to his father, Jacob Andersen, and his mother, Caroline Frederikke Andkjaer. He has three siblings; sisters. He had a keen interest in football since his childhood. He took his final exams in international economics and graduated with flying colors. In 2007, Andersen’s parents separated, leaving him no choice but to stay with his dad and visit his mom occasionally.

Who is Joachim Andersen's Girlfriend?

Joachim Andersen is an unmarried man but he is currently in a relationship. He is dating his beautiful girlfriend, Cecilie Porsdal. The lovebirds are enjoying their present life a lot and their love bond is getting stronger with the passage of time. His sexual orietnation is straight. 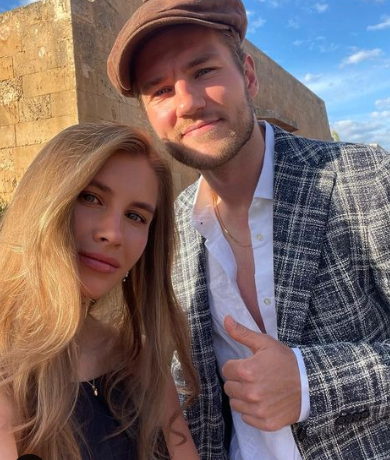 How much is Joachim Andersen's Net Worth?

Joachim Andersen is a successful footballer. As of 2022, the net worth of Joachim Andersen is estimated to have $5 Million. Before joining Crystal Palace, Andersen was earning an annual salary of £2.86 million at Lyon. On 12th July 2019, Andersen signed a five-year contract with French side Olympique Lyonnais. The transfer fee amounted to €30 million (24 + 6 million in bonuses), meaning Andersen became Lyon’s record transfer. It was also a record-high transfer fee for a Danish football player. His present salary is around €3 Million from his current team. On 28th July 2021, Crystal Palace announced the signing of Andersen on a five-year deal for a fee of €17.5 million with €2.5 million add-on bonuses and a 12.5% sell-on fee. His main source of wealth comes from his football career. He has become successful in life through commitment and hard work where signing countless contracts with different clubs and teams has earned him huge wealth. Today, he is living a lavish lifestyle from his career earnings. His current market value is €25 Million as of June 15, 2022.

How tall is Joachim Andersen?

Joachim Andersen is a handsome danish footballer. He has a tall height of 1.92 m (6 ft 4 in). His body weight consists of 89 Kg. His hair color is brown and his eye color is brown. He has got an athletic body type. His charming smile attracts a lot of people towards him. He maintains his body a lot.