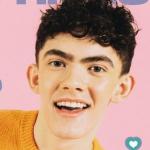 Joe Locke is a popular Manx actor who is well known for his role as Charlie Spring on the Netflix series, "Heartstopper". Locke is an 18 years old actor who has been in the headlines for his marvelous acting skills and his attractive looks.

Locke was even chosen out of 10,000 other potential actors that were up for the role.

What is Joe Locke famous for? 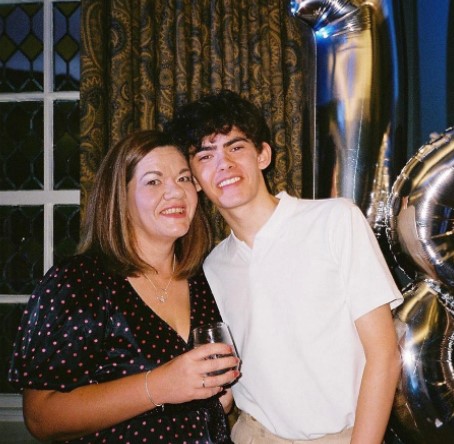 Where is Joe Locke from?

Joe Locke was born on September 28, 2003, in Douglas, Isle of Man. His birth name is Joseph William Locke. Manx is his nationality. His ethnicity is Manx-British while Libra is his zodiac sign.

Born and raised on the Isle of Man, Joe attended Ballakermeen High School where he participated in acting performances. In 2022 he completed his high school graduation.

He participated in the 2020 National Theatre Connections as well as productions at the Gaiety Theatre and with the Kensington Art Centre's youth group.

Joe now an 18 years old currently resides in London. He has a step-brother, Dylan Goldie with whom he has been living in London alongside his mother, Helen Locke, and step-father, Stephen Campbell.

Joe Locke is currently single. He hasn't disclosed any information about his dating life and has claimed to be single to date.

Besides, he has clearly stated that his sexuality is gay and even has shared a photograph of him being on the cover of Gay Times magazine with the caption “Gay times cover… life goal made.”

How Much is Joe Locke's Net worth?

Joe Locke has earned a good amount of money from his profession as an actor. Locke though being a newbie in the industry who has reached great heights in a very less time has years and years of successful career life.

Joe Locke is a handsome man in his late teens. He has a slim healthy body physique. He stands tall with a height of 5ft. 7inches.(1.73m) while his body weighs around 56kg(123 lbs).

He has a fair complexion with black curly hair and a pair of brown eyes.