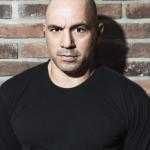 Joseph James Rogan, professionally known as Joe Rogan is an American stand-up comedian, mixed martial arts color commentator, podcast host, and businessman. He is considered one of the most successful comedians. He is also a former television host and an actor. He began his career in comedy in 1988 and later appeared as an actor in several television shows. He then started working for the UFC as an interviewer and color commentator in 1997.

Throughout the 2 hour interview, Joe Rogan inquiries in detail about the number of topics including Twitter censorship, Bitcoin, Donald Trump, and several other topics.

In a specific query about the Bitcoin, Jack Dorsey stated that Bitcoin could become the currency of the internet. He justifies his statement by saying that the Bitcoin was created, developed, tested on the Internet.

Joe Rogan was born on 11 August 1967. His birthname is Joseph James Rogan. His birth place is in Newark, New Jersey in the United States. He holds American nationality. His father is Joseph Rogan. The identity of his mother is not available. He is of Irish and Italian descent. He was raised Catholic but later identifies himself as an agnostic. His parents got divorced when Joe was 5 years old. He has not been in contact with his father since he was seven years old. Then, Joe and the family moved to San Francisco, California. At 11, he and the family moved to Gainesville, Florida. Later, they settled in Newton Upper Falls, Massachusetts. He attended Newton South High School, where he graduated in 1985.

He played baseball during his childhood and participated in Little League Baseball. His interests deviated towards martial artists in his early teens and took karate lessons. He competed in taekwondo competitions and has won US Open Championship as a lightweight when he was 19. He was a Massachusetts full-contact state champion for four consecutive years He later became an instructor in taekwondo. He then practiced amateur kickboxing. He started to suffer from frequent headaches. And he feared worse injuries. Thus, he retired from competition at the age of 21.

He attended the University of Massachusetts Boston, where he dropped out without graduating.

Initially, he wanted to pursue his career in kickboxing. Following frequent headaches and fear of worse injuries in future, he retired from kickboxing when he was 21.

He was a fan of comedy and his friends convinced him to try stand-up comedy as he would joke and do impressions to make them laugh.

He then started preparing materials and practiced his delivery for six months.

He performed his first stand-up on 27 August 1988 at an open-mic night at the Stitches comedy club in Boston. He then earned gigs at bachelor parties and strip clubs.

He moved to New York City as a full-time comedian in 1990, where he stayed with his grandfather for the first six months. He later shifted to Los Angeles.

He first appeared on television on the MTV comedy show Half-Hour Comedy Hour in 1994. His performance earned him contract offers from several networks.

He signed a development deal with the Disney network.

His first major acting role landed in the nine-episode Fox sitcom, Hardball in 1994.

During the time, he also performed at The Comedy Store in Hollywood. Later, he performed at the club for free for the next 13 years. He also paid for the venue's new sound system.

He starred in the NBC sitcom NewsRadio as an electrician and handyman, Joe Garrelli, at the show's fictional news radio station from 1995 to 1999.

Following the death by murder of his befriend, Phil Hartman, Joe's ability to perform stand-up was affected. His week of scheduled gigs was canceled then.

He also worked on a pilot for a show, Overseas.

He quit after two years as his salary could not cover the cost of traveling to the events.

The new president of UFC, Dana White offered him a job as a color commentator in 2001, which he initially declined.

He later accepted the job for free in 2002 in exchange for prime event tickets for him and his friends.

He started to accept payment for his job after doing fifteen free gigs as a commentator.

He worked alongside Mike Goldberg. The two worked together until the end of 2016.

He hosted the weekly UFC television show Inside the UFC.

He secured a three-album deal with Warner Bros. Records in 1999.

He started his own prime-time television sitcom on Fox, The Joe Rogan Show.

He recorded his first stand-up comedy album in two shows in December 1999. They were released in 2000.

In 2001, he also worked on ideas for a film and a cartoon with his comedian friend, Chris McGuire.

The same year, 2001, he began to operate a blog on his website, JoeRogan.net. He used to discuss various topics to develop his stand-up routines on his blog.

His own television show development was interrupted after he accepted to host the American edition of Fear Factor in 2001.

He initially declined the offer as he believed the show would be canceled after a few episodes.

However, the show increased his national exposure and helped his stand-up gigs in a profitable way. Fear Factor ran from 2001 to 2006 for six seasons. The show later returned for a seventh and final season from 2011 to 2012.

He was the emcee for the Blockbuster Hollywood Spectacular, a Christmas parade in Hollywood in December 2002.

He became the new co-host of the fifth season of The Man Show on Comedy Central in February 2003. The show ended in 2004.

In 2005, actor Wesley Snipes challenged Rogan to a cage fight and he trained for the event for five months. Snipes later backed out. Snipes was then being investigated by the IRS for his alleged tax evasion.

He signed a deal with the Endeavor Talent Agency in May 2005.

He filmed his second stand-up comedy special Joe Rogan: Live, in Phoenix, Arizona, which premiered on Showtime in 2007.

He hosted the CBS Game Show in My Head in January 2009. The show ended after it aired eight episodes.

In 2009, he launched a free podcast with his fellow comedian Brian Redban and his other friends. It was weekly broadcasted live on Ustream.

It became one of the most popular free podcasts by 2015.

His first major character in a movie came in 2011 in the movie Zookeeper.

He starred in the 2012 action-comedy Here Comes the Boom.

He has released a book titled, Irresponsible Advice from a Man with No Credibility.

He hosted his own six-episode television show, Joe Rogan Questions Everything on the SyFy network in 2013.

He was awarded the Wrestling Observer Newsletter Award for Best Television Announcer twice in 2010 and in 2011.

Joe Rogan is a married man. He is married to a former cocktail waitress, Jessica Ditzel. They tied a knot to each other in 2009. The couple is blessed with 2 children. Their two daughters were born in 2008 and in 2010. He is also the stepfather to his wife's daughter from her previous relationship.

As of 2019, the net worth of one of the popular comedians is estimated at around $25 million. He has earned most of his income from performing a stand-up comedy. He has released several comedy specials. He is the four times World MMA Personality of the Year award winner and has earned a lot as a color commentator. He has also appeared in television shows and few films. His podcast is also very popular. In conclusion, comedy is his major source of income.

Trivias About Joe Rogan You Need To Know.