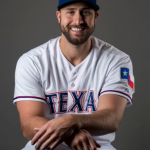 Joey Gallo is an American professional baseball outfielder, first baseman, and third baseman. He is currently playing for the Texas Rangers of Major League Baseball (MLB). In the year 2015, he made his MLB debut and he was also an All-Star in 2019 and 2021. The Texas Rangers selected Gallo in the first round, with the 39th overall selection, in the 2012 Major League Baseball draft. He started his professional career with the Arizona League Rangers, where he hit .293/.435/.733 with 18 home runs and 52 runs batted in in 150 at-bats over 43 games and was named a Post-Season AZL All-Star, a Topps Short-Season/Rookie All-Star, and the Topps AZL Player of the Year. On 9th April 2021, he became the only baserunner allowed by Padres starting pitcher Joe Musgrove in his no-hitter against the Rangers, getting hit by a pitch in the fourth inning. Recently, he participated in the 2021 Home Run Derby.

Who did Joey Gallo get traded for?

The Yankees are finalizing a deal to acquire Gallo and left-hander Joely Rodríguez from the Rangers in exchange for four prospects, sources told MLB.com's Mark Feinsand and Jon Paul Morosi on Wednesday. "That's a guy that you want in your clubhouse, a guy that shows up every day ready to play," Yankees outfielder Aaron Judge said. "He's going to fight until the very end. If that's true, and it comes true that we get him, I think it's going to be something special for our team." In exchange, the Rangers are set to receive: shortstop Josh Smith (Yankees' No. 14 prospects per MLB Pipeline); second baseman Ezequiel Duran (No. 15); second baseman/outfielder Trevor Hauver (No. 23); and right-hander Glenn Otto (No. 28). Gallo has hit 25 home runs this season, tied for fifth in the American League. His .379 on-base percentage is tied for sixth in the AL. A two-time All-Star, Gallo has compiled a slash line of .223/.379/.490 with 55 RBIs and a Major League-leading 74 walks in 95 games for Texas this year. His acquisition could have been the motivation behind a trade completed late on Tuesday, when the Yanks freed approximately $1.4 million and two 40-man roster spots by dealing pitchers Luis Cessa and Justin Wilson to the Reds for a player to be named later. Gallo is owed a little more than $2 million for the remainder of this season, which could keep the Yankees beneath the $210 million Competitive Balance Tax threshold even after adding the slugger.

What is Joey Gallo Famous For? 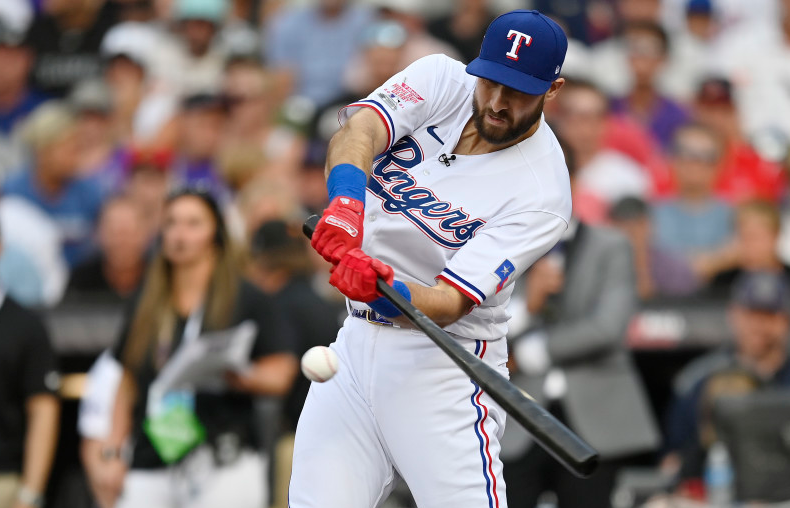 Where is Joey Gallo From?

Joey Gallo took birth on 19th November 1993 in Henderson, Nevada, the USA. Whereas he grew up in Las Vegas which is his hometown. His real name or birth name is Joseph Nicholas Gallo. He played on youth baseball teams with Bryce Harper and Kris Bryant. Mike Bryant, Kris' father, was one of Gallo's coaches growing up. His father, Tony, from Brooklyn, New York, appeared in three games for the GCL Expos in 1974. His father was a pitching instructor. Details about his mother is unknown at a moment. He also has a sibling, a brother. As of 2020, he celebrated his 27th birthday. He holds American nationality and his ethnic background is American-White. His race is White. Scorpio is his Zodiac sign and he follows the Christianity religion. 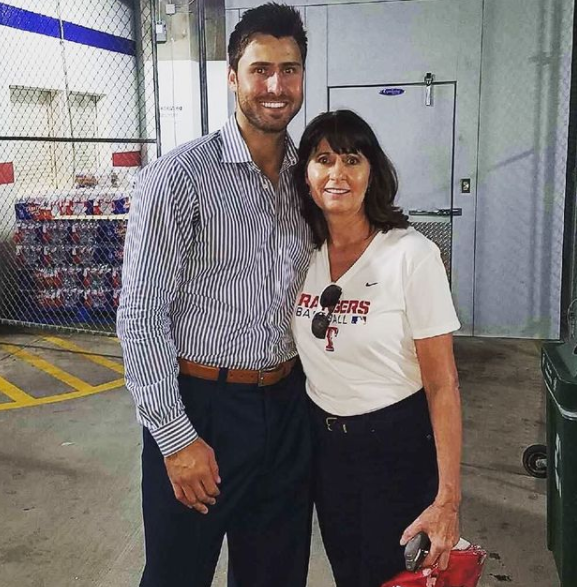 About his education, Joey Gallo went to Bishop Gorman High School. He was the Nevada Gatorade Baseball Player of the Year alongside a High School All-American by MaxPreps, ESPNHS, and USA Today as a senior. Not only this but also he hit a Nevada high school record 67 career home runs in 446 at-bats, and during his senior year of high school he had a .509 batting average with 21 home runs and 80 runs batted in (RBIs) in 114 at-bats. Furthermore, he signed a National Letter of Intent to attend Louisiana State University (LSU) and play college baseball for the LSU Tigers.

How was the Baseball Career of Joey Gallo?

Who is Joey Gallo Girlfriend?

Joey Gallo is not married yet but he is currently in a relationship with his girlfriend, Shelbi Alyssa. Shelbi is a professional dancer and she’s also pursuing her career in Journalism at San Diego State University. As of today, he is leading a happy life with her and the duo is planning to be husband and wife soon. His sexual orientation is straight and he is not gay. 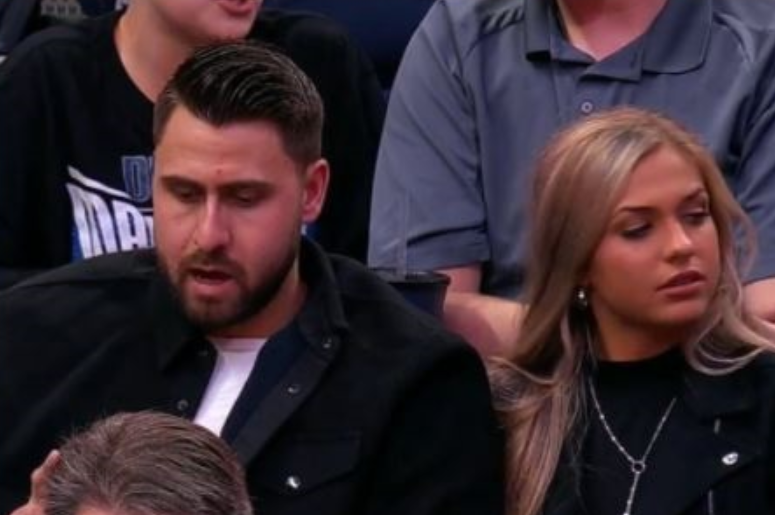 What is Joey Gallo Net Worth?

Joey Gallo is a professional baseball player. As of 2021, the net worth of Joey Gallo is estimated to have between $20 Million. He is making an annual salary of $6,200,000 as per sources. His major source of wealth comes from his baseball career and he is living a lavish lifestyle from his career earnings. He has made the total career earnings of $12,062,765 from his last 7 seasons.

How tall is Joey Gallo?

Joey Gallo is a handsome man with the perfect height of 6 ft 5 in. His balanced bodyweight consists of 107 Kg or 235.9 lbs. His body type is average. He also has a black-colored natural beard which suits him well. He has a pair of light brown eyes and his hair color is black. Gallo's other body measurements such as chest size, waist size, and more is still to get revealed yet. It was announced that Gallo had tested positive for COVID-19 on 6th July 2020. After the delay of the 2020 Major League Baseball season due to the COVID-19 pandemic, Gallo stayed in his Dallas, Texas apartment, and set up a batting cage in his living room.