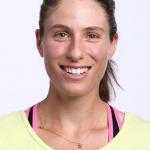 There are a few people in the world who need very little introduction and international tennis star Johanna Konta certainly belongs to this select class. She originally represented her country of Australia but her allegiance swung to Great Britain since 2012. This switch in allegiance has proved to be very beneficial to Britain as Konta has become one of the most successful female tennis stars to represent the country in so many years.

On an individual level, Konta has won several titles on the WTA Tour and also on the ITF Women’s Circuit. Between 2015 and 2016, she had a meteoric rise through the WTA rankings and ultimately became the first British woman in over 3 decades to reach the top 10 in women’s tennis. 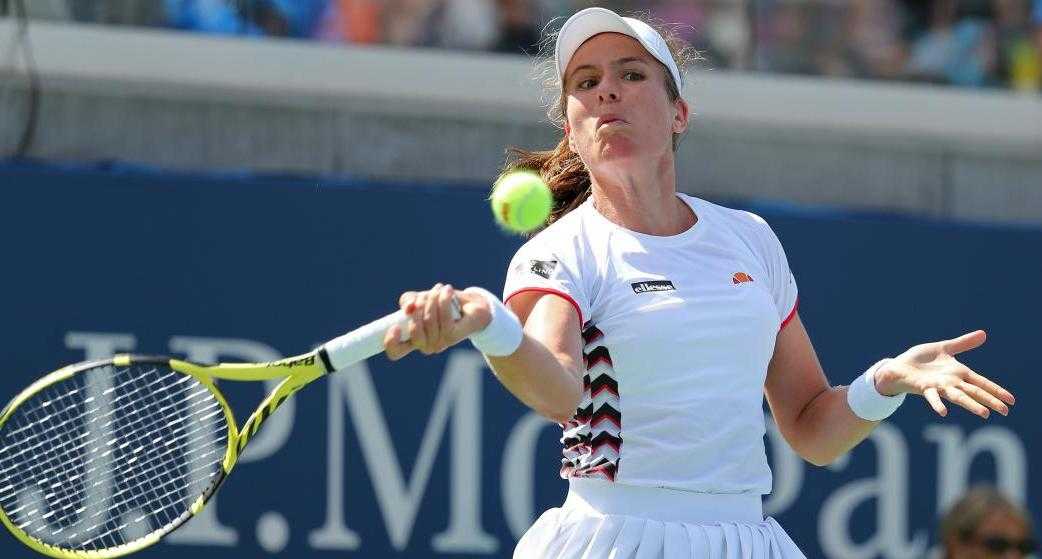 Johanna Konta conquered her nerves and her opponent, Karolina Pliskova, in three compelling sets here on Sunday to become the first British woman to reach the quarter-finals of the US Open since Jo Durie 36 years ago. “I’ve reached the fourth round for the first time and to go one step further is a massive achievement for me,” she said courtside after winning 6-7 (1), 6-3, 7-5. “I’m hoping to go one or two more steps better than that.”

Konta is in the tougher half of the draw but, if she continues to hit the ball like she did in the first week and periodically in this up-and-down match, it is not beyond her to complete a quartet of grand slam semi-finals, having gone that far in Melbourne, Roland Garros, and Wimbledon. After that? Then the proper dreaming can start.

Konta entered the second week for the first time on the back of maybe her most consistent run in a grand slam tournament, her 92% hold of first serves second to Serena Williams’s 93%. When her serve clicks, she wins more often than not. In little over a quarter of an hour, Konta was 3-1 up and she again had the support of the actor Tom Hiddleston in her team’s box courtside. Taylor Townsend, the author of the feelgood comeback story of this US Open, has Kobe Bryant as her main cheerleader but Hiddleston is probably the biggest British star to lend glitter to the cause since Sean Connery was in Andy Murray’s box when he won here in 2012.

Konta rediscovered her game during another dip in Pliskova’s level, holding from love-30 to stay on serve in the third. When Pliskova served her eighth double fault of the match in the fourth game, she followed it with her 14th ace in a quirky hold. Nothing was certain from one shot to the next. After two hours and six minutes of see-sawing tennis Konta, behind in the cycle, served to stay in the tournament. She did so, to love, adding a third ace. Seven minutes later she was serving for the match after breaking Pliskova for the fifth time.

Konta, nor normally ruffled by off-court activity, complained to the chair when a whistle from the crowd mid-shot cost her a point at 3-3, then she hit long to hand Pliskova an unexpected breakpoint. She saved with a cool, killer forehand, hit long on her first match point – and was relieved when her opponent replied in kind after two hours and 20 minutes. 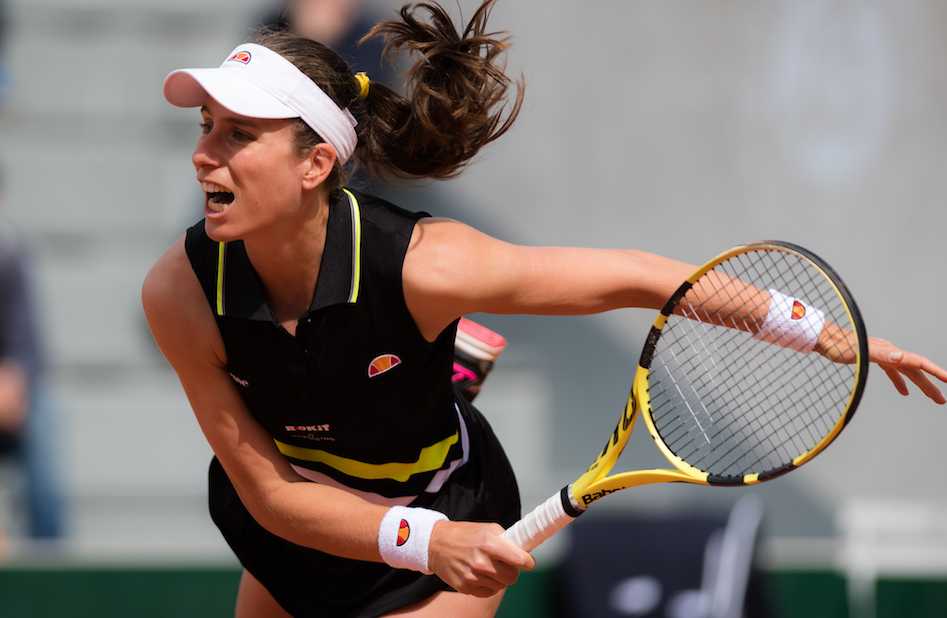 Where is the birthplace of Johanna Konta?

Recalling her early life, Johanna was born in Sydney, Australia. Johanna holds three nationalities, Hungarian, British, and Australian. She belongs to Hungarian ethnicity. She is the daughter of Hungarian parents Gábor, a hotel manager, and Gabriella, a dentist. Johanna has a sister named Eva Konta.

She was introduced to tennis at an after-school program at the age of eight. When she was 14, she began attending the Sanchez-Casal academy in Barcelona. While she was in Spain her parents moved to England. After that, her family settled in Eastbourne, East Sussex. There is no information on the educational background of Johanna Konta.

What is the profession of Johanna Konta? 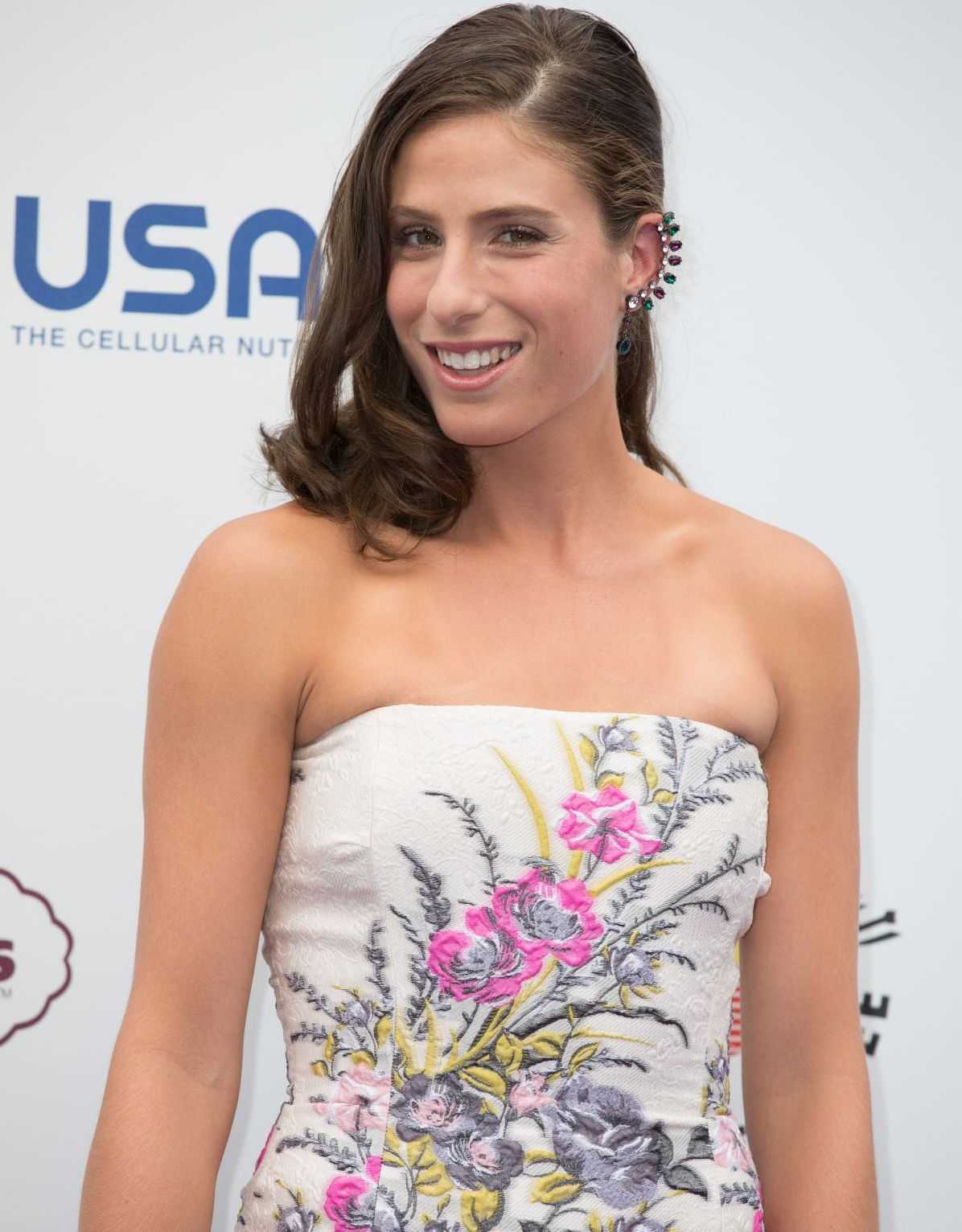 Who is dating Johanna Konta?

Reflecting her personal life, Johanna Konta is in a relationship. She is having a romantic affair with Hawk-Eye’s Kether Clouder. They are seen together on award shows and public functions. Looking at their chemistry, it seems like they might soon get married as well. There is no information on the previous relationships of Johanna.

How much net worth does Johanna Konta? 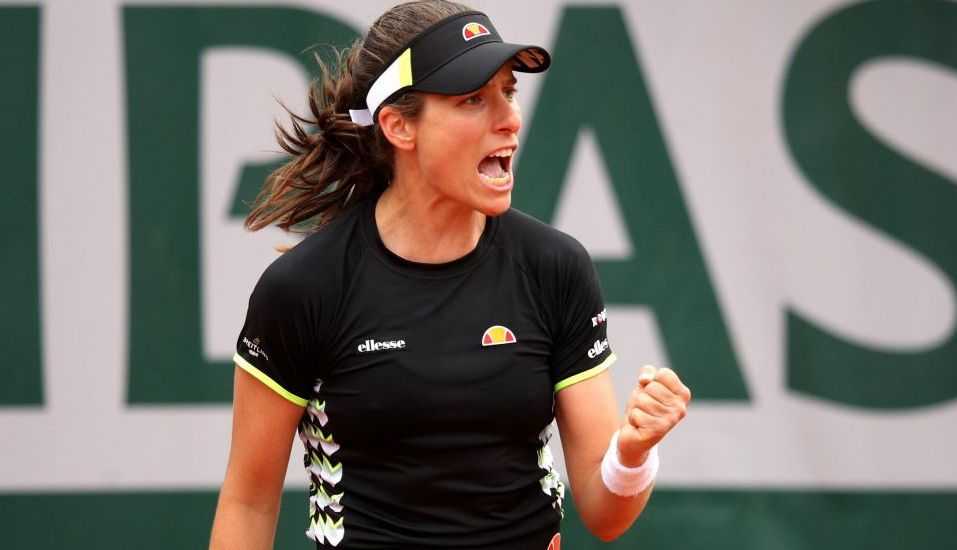 Konta has endorsement deals with various brands. She has been known to endorse brands like Babolat Pure Aero line of racquets, clothing brand like Asics. The British star is also the brand ambassador for Romeo Gelato. Earning from these only adds to fortune and net worth which is estimated to be in millions of dollars.

What are the body measurements of Johanna Konta?

Observing her body physics, Konta has an athletic body with a height of 5 feet 11 inches and weighs 70 kg. Her hair color is brown and eye color is green. Her body measurement is 36-25-37 inches and wears a bra size of 34B. She wears the dress size of 4(US) and her shoe size is unknown.

Trivias About Johanna Konta You Need To Know.