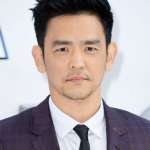 Racism still exists in today’s world. Despite all the problems regarding racism and prejudice, John Cho from South Korea has honed his skills and is known among native Hollywood actors. Now let’s know more about him including his married life and facts through this biography!

What is John Cho Famous for?

John Cho will star in the live-action adaptation of the anime "Cowboy Bebop," Netflix announced. He will play the leading role as Spike Spiegel in the series based on the popular anime about a crew of bounty hunters in space.

The casting of an actor of Asian descent in the project brought a sigh of relief among people who've called for more diversity in casting. Hollywood has been accused of whitewashing Asian characters with white actors. Examples include Scarlett Johansson as the Japanese protagonist in the animé "Ghost in the Shell," Tilda Swinton being cast as the Tibetan mystic in "Doctor Strange" and Emma Stone in the movie "Aloha" as Hawaiian-Chinese love interest, Allison Ng.

Casting white actors as ethnic characters have stirred controversy and concerns about the lack of representation.

Cho, who is Korean American, was the subject of a social media meme in 2016 called #StarringJohnCho that showed what major films would look like if they cast Asian and Asian-American actors like Cho in lead roles instead.

Where is John Cho grew up?

John Cho was born as John Yo Han Cho in Seoul, South Korea to a Christian family. His ethnicity is Korean. His father was a minister in the Church of Christ. The family moved to California, USA when John was 6 years old. John Cho was brought up in Los Angeles.

John Cho loves his father tremendously and harbors a desire to make a film on his father’s experience in North Korea. John Cho is a highly talented and fine actor. He admits that had he continued to stay in South Korea he would not have attained the status that he has now.

He attended Herbert Hoover High School, Glendale, California. He completed his BA in English from the University of California, Berkeley in 1996. He served as an English teacher at Pacific Hills School, West Hollywood, California and simultaneously worked at East West Player’s theater (Asian-American) in Los Angeles.

When did John Cho pursue his acting career?

Who is the wife of John Cho?

There are millions of female fans of John, but none of them has any chance over him. It is because he is a married man.

After dating for his girlfriend around a year, John finally decided to marry her and turned his girlfriend, Kerri Higuchi, to wife in July 2006. His wife is none other than a director of ‘Mr. Issac’ released in 2005. Moreover, she was also seen in Selfie show as Michelle.

From this marriage, John and his wife have welcomed their first son and named him Kage Cho in May 2008. Moreover, his wife gave birth to a daughter in 2013. As of now, John is living peacefully with his two kids and wife.

How much net worth John Cho accumulate?

As a successful actor, John earns millions of dollars per year. As of 2019, His net worth is estimated at $20 million. However, his salary was not disclosed yet. In the case of disclosed, we will let you know. His source of income comes from his acting career.

How tall is John Cho?

Observing his body statistics, John is decently tall possessing a height of 5 feet 10 inches and weighs about 78 kilos. According to some sources, his biceps measure 15 inches and waist measures 35 inches. His skin is white toned, has dark brown hair and eyes.

Trivias About John Cho You Need To Know.