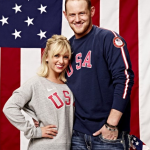 John Coughlin was an American professional pair skater. He was the 2012 Four Continents silver medalist and 2012 U.S. national champion with Caydee Denney. With the previous partner Caitlin Yankowskas, he became the 2011 U.S. champion. He committed suicide on 18 January 1985 in Kansas City.

The day after he faced "Interim Suspension" by the U.S. Figure Skating, he was found dead at his father's home in the Kansas City, Missouri on 18 January 2019.

Police dispatchers responded to the report of the suicide at his father's home and found him dead. The authorities have already confirmed his death as a suicide.

The reason for him committing suicide is unclear. However, he must have felt devasted following the suspension on the earlier day.

John Coughlin was born on 1 December 1985 in Kansas City, Missouri, the U.S. His father was a third-generation police officer, whose identity is not available. He had one sibling, a sister, Angela Laune. His father raised him and his sister. He faced a  tragic loss in his life when his mother, Stacy Coughlin died of chronic illness in February 2010. He held American nationality.

It is unclear where John did his schooling from however, it is known that John developed a passion for skating since he was six.

The phenomenal skater, John Coughlin was most famous for winning the Four Continents silver medalist in 2012. He is also known for winning two U.S national champion in the year 2011 and 2012 simultaneously.

However, he started to skate at a young age of six. He partnered with Kelsey Parker, Krista Smith, and Lucy Galleher in his early career start. His partnership with Bridget Namiotka led him to become the 2006 Junior national silver medalists. A year later, he teamed up with Caitlin Yankowskas and won the marked the sixth position at the 2008 U.S. Championships. They even made their Grand Prix debut at the 2008 Skate America.

His career started to skyrocket when he announced his partnership with Caydee Denney on May 17, 2011. They were known to train under coach, Sappenfield at the Broadmoor Skating Club in Colorado Springs. They made their competitive debut at the Liberty Summer competition in 2011 and won the short program. Together, they won the 2012 US Championships and bagged the opportunity to perform at the 2012 Four Continents where they won the silver medal. They finished in the eighth place at 2012 Worlds.

They won a silver medal at the 2012 Nebelhorn Trophy. They also won bronze medals at the 2012 Skate America and the 2012 Rostelecom Cup.

He underwent surgery to repair a torn labrum in his left hip in December 2012 and stayed out of ice for about nine weeks.

They won a silver medal at the 2013 U.S. Classic and won bronze at the 2013 Trophee Eric Bompard.

They won a bronze medal at the 2014 U.S. Championships.

However, he faced a temporary suspension for unknown allegations on January 17, 2019. It was announced that he was prohibited to perform figure skating beginning January 17. Earlier, he denied the "Interim Measure-Restriction" allegations by the U.S. Center for SafeSport in December 2018.

John Coughlin net worth was estimated as the $7.8 Million. He was the successful American figure skater who won many titles and prizes. He made great money from his sporting skills. He was active in the championship before death. His salary is not disclosed in the media and public.

Cause of Death, Suicide

January 18, 2019, John Coughlin shocked his fans when his body was found dead at his father's home in Kansas City following a report of a suicide. The authorities confirmed the cause of his death a suicide. The actual reason behind it remains unclear but, it is known that he attempted suicide a day after his suspension from the figure skating. His suicide came as a huge shock to his sister, Angela, as well who said, “I have no words. I love you, John…”.

Similarly, US Figure Skating wrote on Twitter: “We are stunned at the news of the death of two-time U.S. pairs champion John Coughlin. Our heartfelt and deepest sympathies are with his father Mike, sister Angela and the rest of his family. Out of respect to the family, we will have no further comment until a later time.”

Well, John Coughlin was not married. We did not find any dating and girlfriend facts of the skater. He was a popular figure in the US. But still, he was not engaged in any type of relationship. There were also rumors that he is gay. No official statements ever made on this rumor.

John Coughlin had an athletic body build with an attractive personality. He had a charming smile which attracts a lot of people to him. He stood at a height of 6 feet 3 inches tall. Similarly, he weighed 61 kg. His other body measurement such as bicep size and more will be updated soon.

Trivias About John Coughlin You Need To Know.