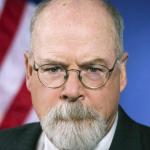 John Durham is an American lawyer who is well known for being the top federal prosecutor in Connecticut and one of the veterans of the country working even in his 70s. He has investigated several wrongdoings by the F.B.I. and C.I.A. for the Clinton, Bush, Obama, and Trump administrations for past decades. He also has been serving as the United States Attorney for the District of Connecticut since February 2018.

Durham is further recognized as the prosecutor investigating the Russian Inquiry involving President Donald Trump’s 2016 campaign. Recently, on December 1, 2020, Attorney General William Barr appointed Durham as special counsel granting him the protection to pursue his investigation into the origins of the Russia probe into the incoming Biden administration.

Besides, he is absent on social media sites.

What is John Durham famous for?

Where was John Durham Born?

John Durham was born on March 16, 1950, in Boston, Massachusetts, United States. His birth name is John Henry Durham. His nationality is American. His ethnicity is White while Pisces is his zodiac sign.

Born and raised in his hometown in Boston, Durham was a hard-working student from his young age. Durham attended Colgate University from where he graduated receiving a B.A. degree with honors in 1972. He then joined the University of Connecticut School of Law and graduated earning an in 1975.

Soon after his graduation, he worked as a VISTA volunteer on the Crow Indian Reservation in Montana for two years(1975–1977).

John Durham is a married man. His only marriage is with his beautiful wife, Susan, with whom he has four sons. Out of the 4 sons, two are also prosecutors. Through their children, the couple has already turned to be grandparents of their eight grandchildren. The couple is living a blissful life with their family.

Besides, Durham is an avid Red Sox fan.

John Durham has quite healthy earnings from his stable and successful career as a lawyer and prosecutor. Having his professional career started as a state prosecutor in Connecticut, Durham has come a long way up becoming one of the best lawyers and national prosecutors over his 45 years long career and still ongoing.

Being appointed in a top governmental position with a high salary, and with his several cases, several investigations, Durham has managed to amass a healthy fortune estimated to be around $50 million.

John Durham is a good-looking man with a healthy average body physique in his 70s. He stands tall with a height of 5ft. 10inches.(1.78m) while his body weighs around ‎85kg(187 lbs). He has an average body figure of measurement of 38-45-35 inches with 8(US) as his shoe size. He has a fair complexion with a bald hairline and green eyes.

Trivias About John Durham You Need To Know.