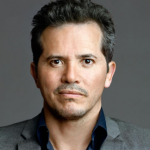 The Golden Globe Award-nominated actor John Leguizamo is one of the popular actors in Hollywood. He is famous for lending his voice in a computer-animated film series, Ice Age. He has appeared in over 75 films produced over 10 films and several television appearances. He initially performed stand-up comedy shows in New York before moving into the television industry. He made his small screen debut in 1986 with a guest appearance in Miami Voice. In 1992, he played John Castillo in a big screen film Whispers in the Dark. In 2018, he appeared in a mini-series Waco.

What is John Leguizamo Famous For?

Where was John Leguizamo Born?

John Leguizamo was born in Bogota, Colombia. His has dual nationality so his nationality is American and Colombian and ethnicity is Colombian.

Regarding his education, John studied at Joseph Pulitzer Middle School and Murry Bergtraum High School. While his study on Murry Bergtraum he used to write comedy materials and test it on his classmates.

After his schooling, he undergraduates from Tisch School of the Arts in his theater career but he left it to pursue the career in standup comedy. Later he took theater class at Long Island University C.W. Post Campus.

When did John Leguizamo pursue his career in the Film Industry?

Does John Leguizamo win the awards?

Who is John Leguizamo Married Too?

Reflecting his personal life, John was in relationship 4 ladies - Carolyn McDermott was her first date in 1986. They ended their relationship in 1991. Later, he was in a short relationship with Samantha Mathis an American actress for just a year and after 1 year of dating with Yelba Osorio, who is also an American actress he married her in the year 1994 but the couple got divorced after their 2 years of an unsuccessful marriage.

After a long gap of being single, He again found someone who touched his heart. Justine Maurer who was just a customer with whom he met in Carlito’s Way. The couple dated for some time and later married on June 8, 2003. Their wedding was a mixture of Catholic and Jewish rites since John is a Catholic and Maurer is of Jewish descent. Their marriage is blessed with two kids Allegra sky Leguizamo, a daughter born in 1999 and a son Ryder Lee "Lucas" Leguizamo born the next year. The family currently lives in Manhattan.

How much is John Leguizamo Net Worth?

John Leguizamo has the net worth of $ 25 million and his salary is around $ 2,000,000 from his career as an American Actor. Besides, not only John Leguizamo accumulated his net worth through acting on stage, screen, and television. But, also through voice acting for many animated series as well.

Observing his body statistics, John Leguizamo has a height of 5 feet 7 inches and a body weight of 72 kg. He has black hair and dark brown eyes. His other body information is yet to be disclosed. In the case of disclosed, we will let you know.

Trivias About John Leguizamo You Need To Know.