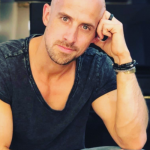 Jonathan Goodwin is a Wesh-British escapologist and a daredevil. Also, he is an expert escape artist, knife thrower, free climber, archer, sideshow performer, marksman, free diver, stunt artist, and strength performer. He is famous for being one of the most talented stuntmen in the world. He has shown his skills and stunts via numerous competitive reality TV shows in the USA and UK. He first appeared on TV was "Dirty Tricks", a program that was aired on the British free-to-air public-service TV network Channel 4. He then went on to feature in the TV specials The Seven Stupidest Things to Escape From and Deathwish Live. Moreover, he has also featured in Discovery Channel‘s reality TV series One Way Out and How Not to Become Shark Bait. In April 2019, he participated in the 13th series of the competitive reality TV show "Britain's Got Talent" where he reached the finals of the season and had performed the stunt of being buried alive during the season which was the first time that this stunt had ever been attempted on stage for a TV show. He got injured during a stunt on the set of "America's Got Talent: Extreme" on 15th October 2021. He was hospitalized after he fell from 70 feet and hit his head and later had to be rushed into surgery. "Two cars were suspended on either side of him, swinging back and forth. The stunt was for Goodwin to free himself from the restraints and then fall on an air mattress, and avoid getting crushed by the cars as they swung in the air." A mishap then occurred when the two cars smashed into each other, leaving Jonathan "sandwiched" in between. The informant recalled: "The impact caused the cars to explode, erupting in a gigantic fireball. Goodwin fell to the ground and hit his head." In February 2022, after almost 4 months, he was released from the hospital. His Instagram bio states "Worlds greatest theatrical stunt performer.' Walking the line between genius & idiot". His website also states he has performed on nearly every continent except Antarctica.

What is Jonathan Goodwin Famous For?

What Nationality is Jonathan Goodwin?

Jonathan Goodwin took birth on 20th February 1980 in Pembrokeshire, South West Wales, UK. He holds Welsh-British nationality and his ethnicity is British-White. His race is White. His present age is 42 as of 2022. Pisces is his zodiac sign and his religion is Christianity.

There are no details regarding his parents and family life. He started practicing his skills at the young age of 7 after being inspired by a Harry Houdini book.

Regarding his educational qualification, he attended the since-closed Tasker Milward Voluntary Controlled School in Haverfordwest. 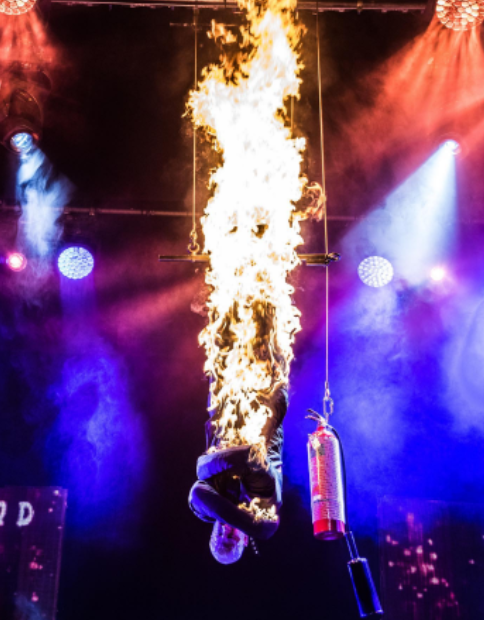 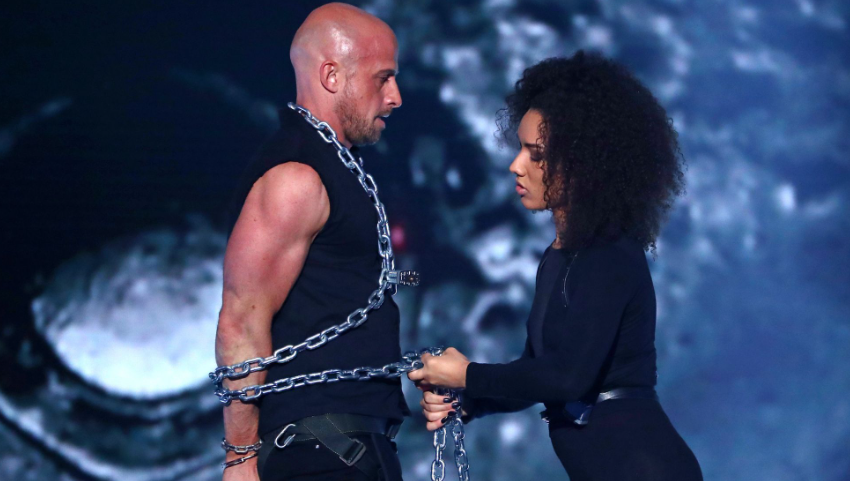 Who is Jonathan Goodwin Engaged To?

Jonathan Goodwin was a married and divorced man previously. But currently, he is an engaged man to his beautiful girlfriend, Amanda Abbington. The duo started dating each other in 2020 and after a year, they got engaged in 2021. They had been social media friends for a decade, but met only after her split from her partner, Martin Freeman. Goodwin proposed marriage within 30 minutes of their first meeting, in Vienna. Today, the couple is enjoying their life a lot and they are planning to get married soon. His sexual orientation is straight and he is not gay. 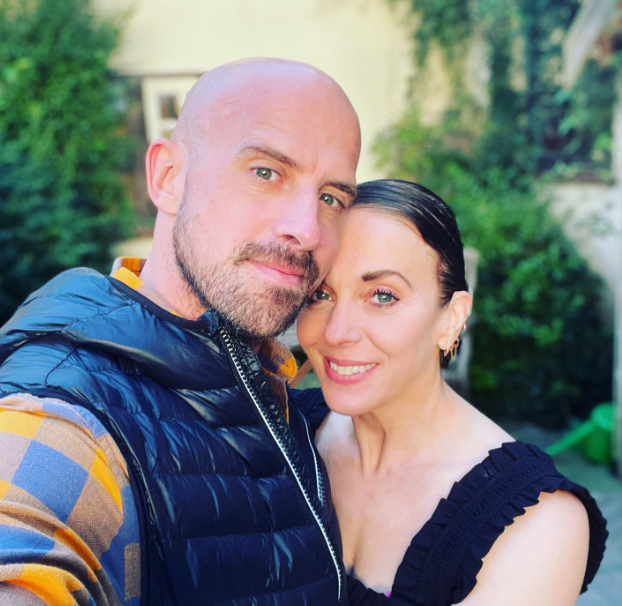 Previously, he married his long-term girlfriend, Katy Goodwin in the year 2011. The duo was blessed with a daughter namely Milligan Goodwin (born in 2013). Sadly, the duo split via divorce in 2019. 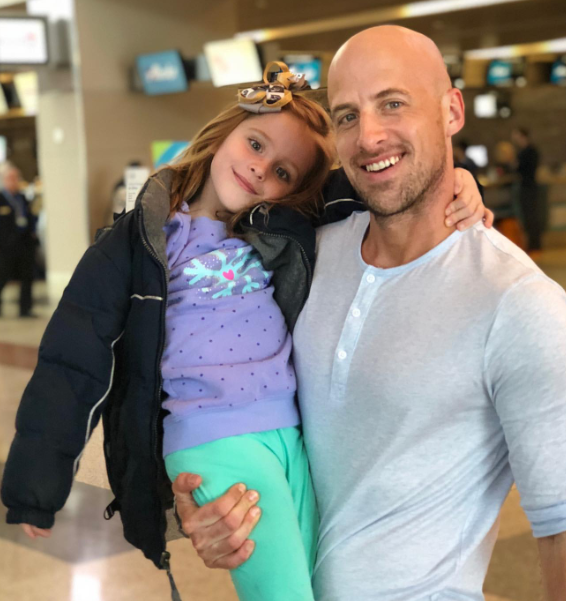 How much is Jonathan Goodwin Net Worth in 2022?

Jonathan Goodwin is a TV escapologist and a daredevil who has put his life on the line numerous times. As per his AGT bio, he has been hanged, buried alive, hung by his feet from helicopters, burned at the stake, attacked by sharks and rattlesnakes, stung by 200,000 bees, and more. As of 2022, the net worth of Jonathan is estimated to have between in the range of $1 Million - $5 Million. Whereas his exact salary is still to get unveiled yet but there is no doubt that he is making a considerable amount of money from his work. He is living a standard lifestyle at present. His main source of income is from stunt performances and TV appearances.

How tall is Jonathan Goodwin?

Jonathan Goodwin stands at the height of 6 feet or 1.82 m and his balanced bodyweight measures 85 Kg or 187 lbs. His shoe size is 12 US. His body type is athletic. His hair color is bald and he has a pair of green eyes. He has a toned physique and an affable smile. He has a trimmed beard. Overall, he has got a healthy body with a glowing face and a charming smile. His other body size is still to get disclosed yet.

Back in October 2021, Goodwin suffered a near-fatal accident while rehearsing a stunt for America's Got Talent: Extreme. The stunt was to have Goodwin escape from a straitjacket while hanging upside-down 30 ft (9.1 m) high and between two suspended burning cars. The cars were released early, causing Goodwin to become trapped before falling. He suffered third-degree burns, broken bones, and a severed spinal cord, and now requires a wheelchair.

Jonathan Goodwin's Fiancée Says He Is Paralyzed After Near-Fatal Accident

Fiancée of AGT: Extreme's Jonathan Goodwin said he is now paralyzed after he suffered a near-fatal accident while on set for AGT: Extreme. "He's paralyzed now, he's in a wheelchair," Amanda Abbington said on the May 2 episode of the Out to Lunch with Jay Rayner podcast. "Unless there's a kind of stem cell surgery or that thing that Elon Musk is designing with the little chip, he'll be like that forever." Jonathan was rushed to the hospital on Oct. 14, 2021, to undergo surgery after he sustained multiple injuries while rehearsing a daredevil stunt for NBC's America's Got Talent: Extreme. At the time, sources told TMZ that Jonathan was hanging upside down in the air while wearing a straitjacket. The goal was for the stuntman to free himself while two cars (also suspended in the air) swung back and forth on either side of him. However, the cars collided causing an explosion with Jonathan caught in the middle. He fell to the ground and hit his head, rendering him unconscious. Jonathan later became responsive and was airlifted to the hospital. He shared a few details of his recovery efforts with fans in an Instagram post on Tuesday. "6 months ago I went to rehearse something and left this little hairy monkey waiting patiently for me…he didn’t see his dad again until just a couple of weeks ago and when he finally did, dad had new cool wheels," Goodwin wrote. "A lot has changed in the last 6 months, but love is a constant, and I’m very very loved. Looking forward to my next chapters and being a roll model." 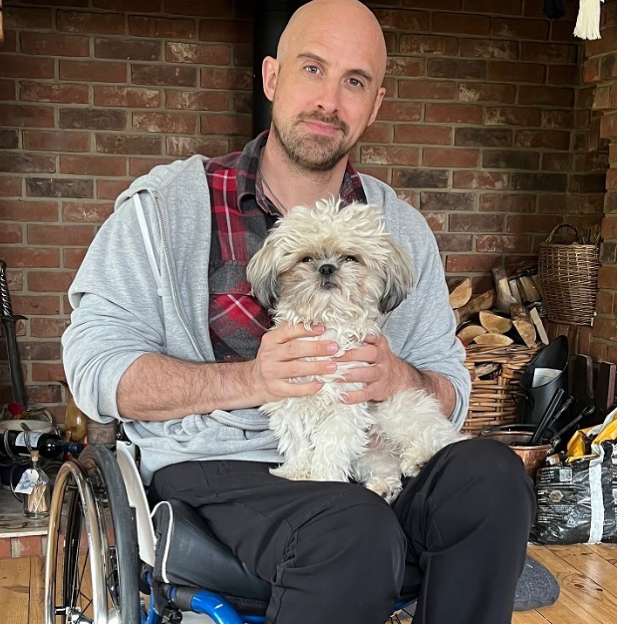