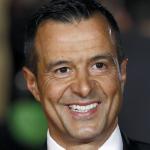 Jorge Paulo Agostinho Mendes professionally known as Jorge Mendes is a Portuguese football agent. He founded his agency, Gestifute, in 1996 in his native Portugal after a stint as a DJ. Today, he represents some of the greatest talents in the world, with clients including Cristiano Ronaldo, Bernardo Silva, Jose Mourinho, and Diego Costa. Outside of football, he represents clients such as Formula 1 star Charles Leclerc, cyclist Joao Almeida, tennis player Joao Sousa, triple jump champion Patricia Mamona, and the surfer Frederico Morais. From 2010 to 2020, he has been named Best Agent of the Year at the Globe Soccer Awards ten times. He is often referred to as a "super-agent".

What is Jorge Mendes Famous For? 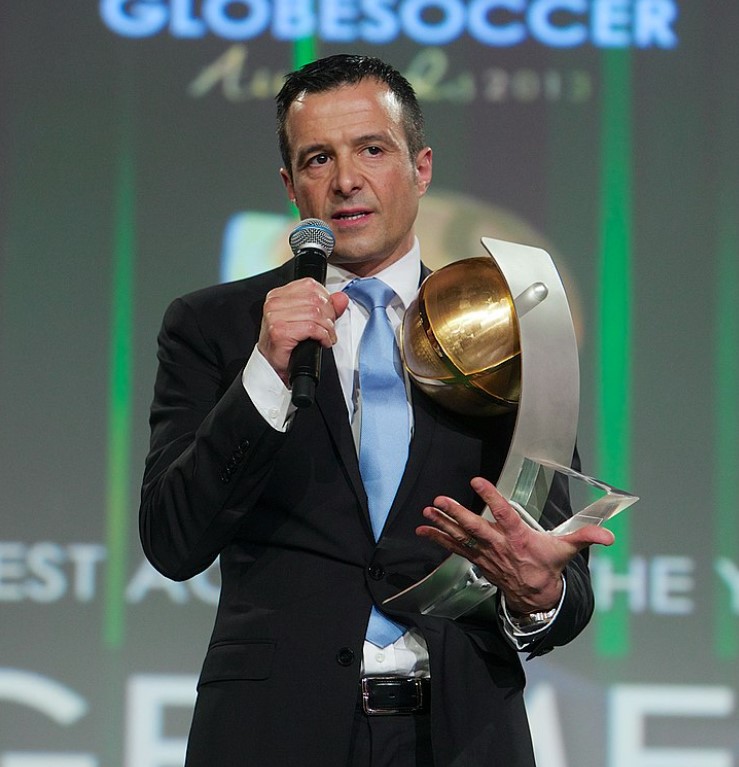 Where is Jorge Mendes From?

Jorge Mendes was born on 7 January 1966. His birth name is Jorge Paulo Agostinho Mendes. His birthplace is Lisbon, Portugal. He was born to his mother, Maria Boa Hora Grosso Agostinho and his father, Manuel Cabanas. He holds Portuguese nationality. He belongs to the white ethnicity. His religion is Roman Catholic. His horoscope sign is Capricorn. 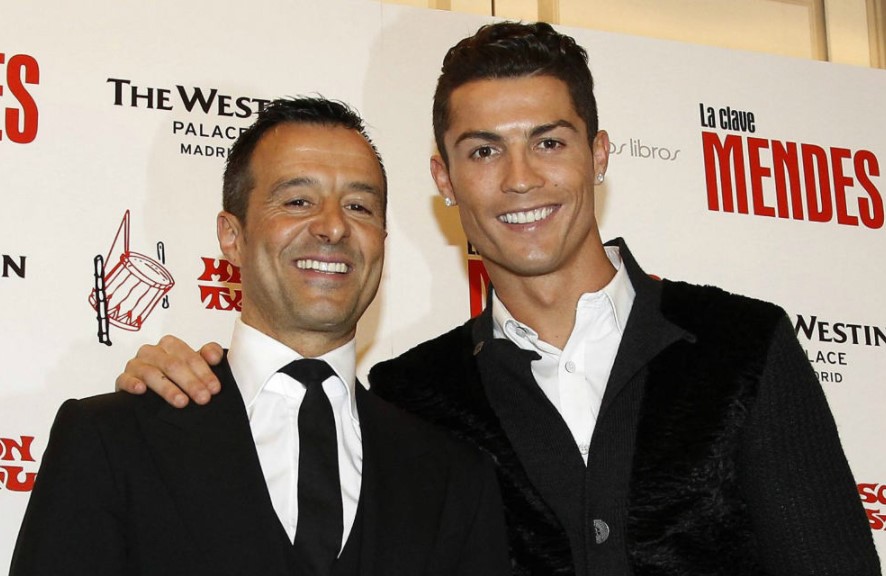 He began as a footballer but was forced to abandon his hopes of a professional career after being rejected by a number of Portuguese clubs and opened a bar and nightclub. He entered the world football agent in 1996 when he brokered the move of the Portuguese footballer, Nuno to Deportivo de La Coruna from Vitoria de Guimaraes. After his first deal was successful, he started to attract more players and immediately rose to the frame. Gradually improving, he has successfully managed some of the most expensive transfers in the market. He was an agent of famous footballer Cristiano Ronaldo who plays a significant role in his life. Cristiano Ronaldo was his most important client. He made his transfer from Sporting Lisbon to Manchester United for £12.24 million in 2003. In 2004, he brokered the move of Jose Mourinho from Porto to Chelsea where he was paid by Chelsea to act for the player and for the club. In 2007, he made a transfer of Anderson and Nani to the same club for £46 million. He was also responsible for the transfers of Pepe to Real Madrid for £25 million and Simao to Atletico Madrid for £16.5 million. 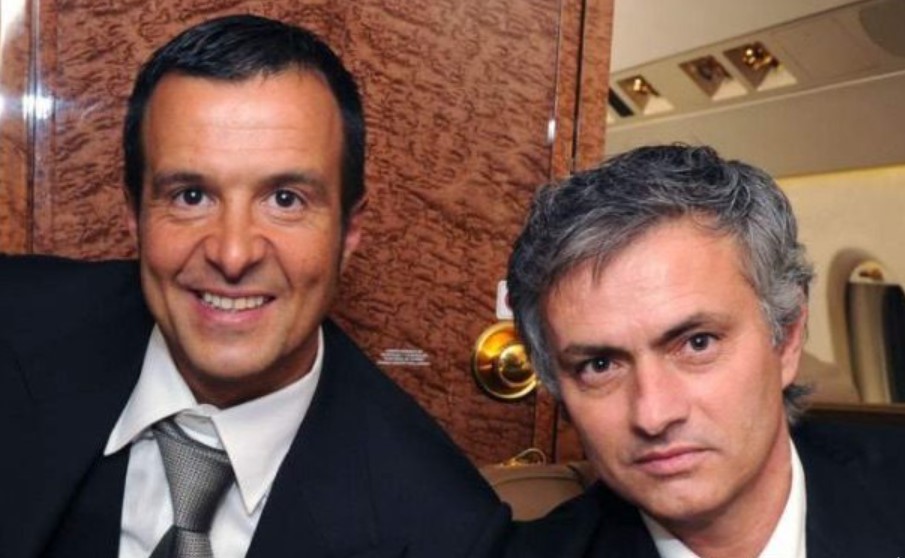 In 2008, he oversaw Jose Mourinho's move to Inter Milan for a fee that made Mourinho the highest-paid coach in the world, and then, in May 2010, he saw Mourinho move from Inter to become Real Madrid's manager on a four-year contract worth £40 million. In 2009, he was reported to have made £4 million from Cristiano Ronaldo's £80 million transfer from Manchester United to Real Madrid. In 2014, he brokered some of the biggest transfer deals worldwide which earned him an impressive £30 million. The transfer was of James Rodriguez moved to Real Madrid from Monaco for £63 million, Angel Di Maria from Real Madrid to Manchester United for £60 million, Diego Costa from Atletico Madrid to Chelsea for £32 million, and Eliaquim Mangala from Porto to Manchester City for £32 million. He was also implemented as an agent for Wolverhampton Wanderers after the takeover of the English Championship club by Fosun International and with the help of team general manager Andrea Butti and sporting director Kevin Thelwell, 12 players were signed within six weeks during the 2016 summer transfer window. In December 2016, leaked documents suggested that he was involved in a massive tax avoidance scheme with both Mourinho and Ronaldo accused of not paying taxes by using offshore accounts. 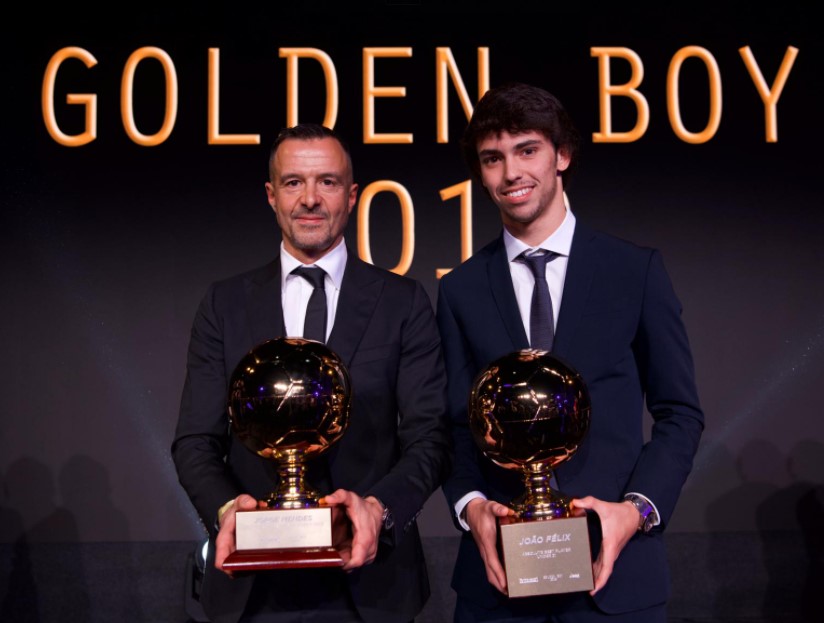 He is often referred to as a "super-agent" because of his outstanding work with footballers all around the world where he has been named Best Agent of the Year at the Globe Soccer Awards ten times, from 2010 to 2020. Outside of football, he represents clients such as Formula 1 star Charles Leclerc, cyclist Joao Almeida, tennis player Joao Sousa, triple jump champion Patricia Mamona, and the surfer Frederico Morais. Furthermore, he reportedly manages £100 million in commission to the Gestifute Company in a fiscal year. He has negotiated contracts worth more than £1.2 billion in his entire career. He is one of the most significant football agents ever. 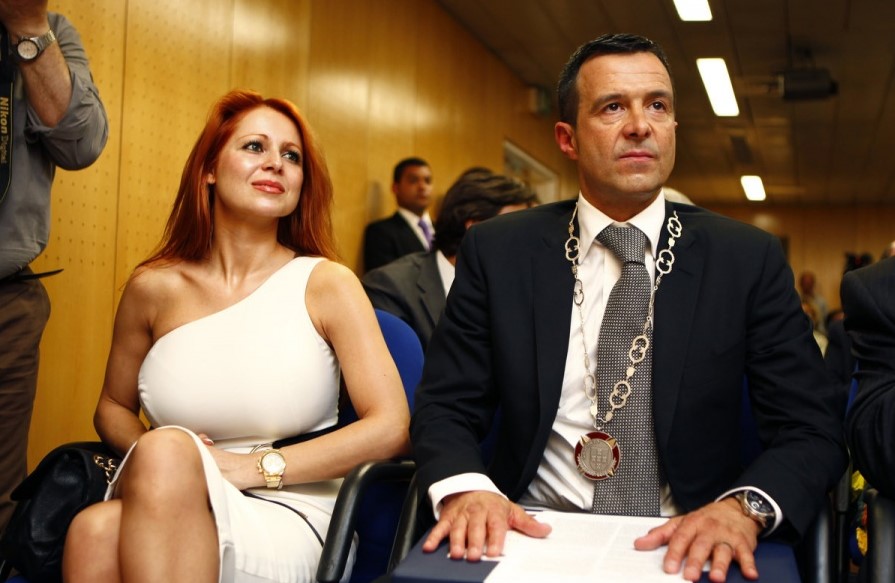 Jorge Mendes stands at a height of 1.85m i.e. 6 feet and 1 inch tall. He has a bodyweight of 82kg. His eye color is dark brown and his hair color is black. His sexual orientation is straight.

Looking at his personal life, Jorge Mendes is a married man. He got married to the beautiful girl, Sandra Mendes on 2 August 2015 in Porto, Portugal alongside friends and family members. The couple is blessed with three children, Beatriz Mendes, Barbara Mendes, and Jorge Mendes Junior. He is having an intimate relationship with his love and children where they are living their life happily together.

Jorge Mendes is one of the most successful football agents of all time. His primary source of income is from being a football agent from successful footballers all around the world. He is also the head of the company Gestifute, which looks after the athletes of the generation and makes sure about their proper move to the clubs from which he also earns a hefty sum of money. As of 2021, his estimated net worth is around $130 million.

Trivias About Jorge Mendes You Need To Know.