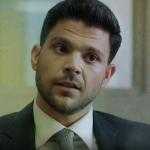 What was Joseph Proctor Famous for?

When and Where was Joseph Proctor Born?

Joseph Proctor was born on May 7, 1816, in Marlborough, Massachusetts, United States. His birth name is Joseph Proctor. His nationality was American. Proctor belonged to White ethnicity.

Joseph Proctor was born to Nicholson Proctor(father) and Lucy Proctor(mother). His parents wanted him to be a clergyman but he disappointed his parents' hopes as he always wanted to be an actor to entertain others and following the path of his dreams he became able to be a successful actor. Proctor was raised in his hometown Massachusetts.

When Did Joseph Proctor Start His Professional Carrer?

Joseph Proctor started his professional carer at the age of 17 when he first appeared on stage as Damon in John Banim's "Damon and Pythias" in November 1833. For almost four years, he performed on the stage which increased his more potential to perform well.

Performing every stage performances, he started playing the lead roles in Philadelphia by 1837.

On May 6, 1839, Proctor appeared with the lead role of Nathan Slaughter in the play, "Nick of the Woods" at the Bowery Theatre in New York. In the play, he performed altogether six roles gaining much popularity such that he performed the role over 2,500 times.

Throughout the years, he performed the play all over the United States. He also did theatre management as well.  Gaining much popularity, he went to Europe in 1859 to perform where he remained for two years and returned in 1861.

With all of his days on the stage, he gained the hearts of thousands of people all over the world. He retired from the stage in the 1880s.

Who was Joseph Proctor Married to?

The actor, Joseph Proctor was married twice throughout his entire life. He was first married to the beautiful lady, Hester Warren. Warner was one of the daughters of actor, William Warren. Proctor got married to Warner in 1837.

They had a daughter named Anna E. Proctor. Anna also went on to the stage. However, after 14 years of a long marriage, they divorced and separated their way. Later in 1851, Proctor got married to Elizabeth Wakeman. Proctor was with Wakeman till his last breath.

How Tall was Joseph Proctor?

The actor, Joseph Proctor had a well-maintained body. Proctor was a good looking handsome guy who had brown eyes.