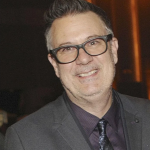 Josh Griffith is an American soap opera writer and producer. For his versatile writing skill, he became loves one among audiences.

Mal Young OUT! Josh Griffith IN At ‘The Young And The Restless’?

A multi-talented, Josh Griffith was born as Joe Shelby Griffith by Joe Griffith and Sue Estes Griffith on 15th August. They both are teachers an artists. His childhood raise in U.S. state of New York which is his birthplace too. His nationality is American. There is no information about their siblings.

There is not any information about his study.

Griffith began his writing career on Santa Barbara in 1988 and continued writing for the show until 1991 when he moved over to One Life to Live, where he began as an associate head writer under Michael Malone before being promoted to co-head writer in early 1992. Under his and Malone's tenure at One Life to Live, the show won a Daytime Emmy Award for Outstanding Writing in 1994. Griffith left the show in early 1995.

In 1997, Griffith was co-creator of the NBC Daytime soap opera Sunset Beach along with Robert Guza, Jr. The show ran for nearly three years before being canceled in December 1999. In the spring of 2003, Griffith and Michael Malone returned to One Life to Live for a second stint as head writers, however, they remained with the show for just a year. After leaving, Griffith became a scriptwriter on CBS Daytime's As the World Turns under head writer Hogan Sheffer, who shortly afterward stepped down as head writer. He would later return to the show briefly between 2009 and 2010. In 2006, vice president of CBS Daytime, Barbara Bloom, brought Griffith over to The Young and the Restless as a creative consultant and breakdown writer under executive producer and head writer Lynn Marie Latham; within three months, he was promoted to the co-executive producer to work alongside Latham. Griffith assumed full executive producer duties after Latham was fired for abandoning her posts as executive producer and head writer to go on strike during the 2007-2008 Writers Guild of America strike. During the strike, he took over as head writer and to do this, he accepted Financial core status with the WGA. In December 2007, Maria Arena Bell became his co-head writer.

In August 2008, Griffith was fired from his executive producer duties by Barbara Bloom and Steven Kent of Sony Pictures Television, leading to Bell becoming executive producer and head writer and later replacing him with Paul Rauch.

In 2009, Griffith briefly worked as a writer on General Hospital. In July 2012, it was announced that Griffith had been rehired on The Young and the Restless as the sole head writer following Bell's dismissal; he would work alongside new executive producer Jill Farren Phelps. Episodes under their direction began airing on October 12, 2012.

In August 2013, speculation and reports indicated that Griffith had resigned as head writer, reportedly due to "creative differences" with Phelps. Further speculation adds that Shelly Altman may take over as the new head writer, alongside Tracey Thomson or Jean Passanante may be brought aboard as a new co-head writer. In February 2015, Griffith was hired as co-head writer of Days of Our Lives, alongside the re-hired former head, Dena Higley. Griffith began his role as co-head scribe on February 16, 2015, with the material airing on August 19, 2015. In February 2016, it was reported that Griffith would be departing from Days of Our Lives as co-head writer with Ryan Quan serving as his replacement. Griffith's last episode aired on September 2, 2016.

In August 2018, it was reported that Griffith would be returning to The Young and the Restless this time as supervising producer. Griffith's first episode as supervising producer aired on September 14, 2018. In December 2018, Daytime Confidential reported that Griffith would once again act as The Young and the Restless's Head Writer following the departure of Mal Young.

Net Worth and Salary

Josh Griffith is a successful writer in his career and doing his job well, people suspect that his net worth is high. However, he did not reveal his income in front of social media.